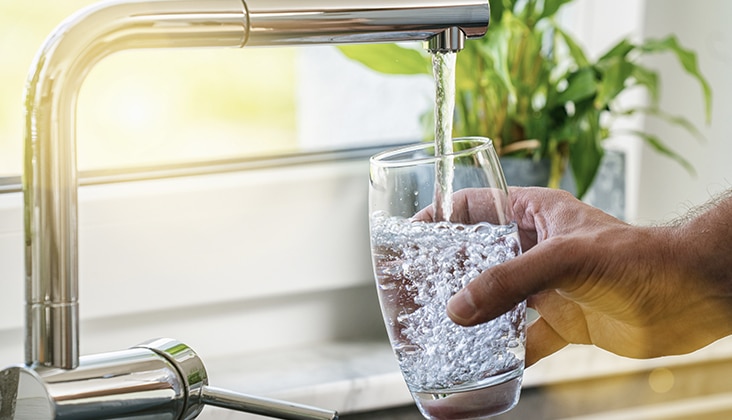 Fluoridation Not Associated With Increased Risk for Osteosarcoma

Community water fluoridation is not linked with an increased risk of osteosarcoma, according to a study published in the Journal of Dental Research.

Community water fluoridation is not linked with an increased risk of osteosarcoma, according to a study published in the Journal of Dental Research. The findings refute a 1990 animal study that suggests fluoride ingestion as a possible risk factor for this type of cancer. Reporting in “A Case-Control Study of Fluoridation and Osteosarcoma,” researchers conducted a secondary data analysis from two separate, but linked, studies, in which patients for both Phase 1 and Phase 2 were selected from U.S. hospitals using a hospital-matched, case-control study design.

The analysis included all patients who met eligibility criteria for whom the team had complete data on covariates, exposures and outcomes. Using conditional logistic regression to estimate odds ratios, as well as 95% confidence intervals for the association of community water fluoridation with osteosarcoma, the study found the adjusted odds ratio for bottled water drinkers was 1.86. The adjusted odds ratio for osteosarcoma and having lived in a fluoridated area for non-bottled water drinkers was 0.51.

The results led the authors to conclude, “These findings demonstrate that community water fluoridation is not associated with an increased risk for osteosarcoma.”