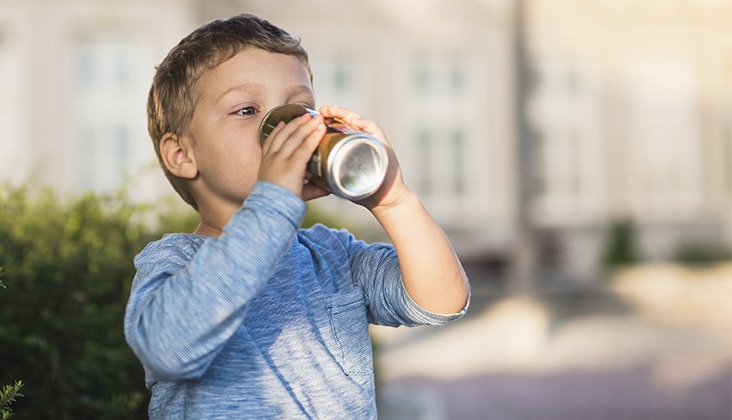 A study led by Scottish researchers has found early exposure to sweet tastes predicts similar food preferences (i.e., eating behaviors) later in life, and is also associated with higher caries rates and childhood obesity. Findings from the study, “Early Introduction of Sugar-Sweetened Beverages and Caries Trajectories from Age 12 to 48 Months” were published in the Journal of Dental Research.

To explore the association of early and subsequent intake of sugar-sweetened beverages (SSB) with 4-year caries trajectories, researchers used data from 1111 Scottish children who were followed annually from age 12 to 48 months. According to the study, SSB intake was broken down into the initial SSB intake, and the deviation over time from that initial value. Caries rates (including noncavitated and cavitated lesions) were clinically determined every year.

Both the initial SSB intake and deviation from the initial SSB intake were positively associated with steeper caries trajectories, the team notes. “The findings of this prospective study provide evidence that the introduction of SSBs during the first year of life can put children in a trajectory for high levels of caries,” the authors report. “These results support current recommendations to avoid sugars for very young children and interventions targeting early feeding practices for caries prevention.”

Fluoridation Not Associated With Increased Risk for Osteosarcoma