The subgingival virome in periodontal health and disease 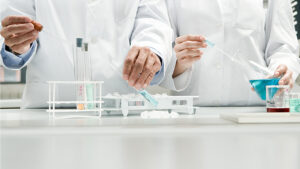 The role of viruses in the etiopathogenesis of periodontitis has been studied for several decades, with equivocal results. This might be attributable to close-ended approaches that used methodologies targeted to single organisms. The purpose of this study was to examine the subgingival virome in periodontal health, chronic periodontitis and aggressive periodontitis, using a whole genome shotgun sequencing approach.

Subgingival plaque samples were collected from deep and shallow sites of 25 subjects with untreated chronic periodontitis (17 which were generalized aggressive and 17 localized aggressive periodontitis) and from 25 periodontally healthy controls. Whole genome sequencing was performed on the Illumina platform, and viral identities were assigned using the Lowest Common Ancestor (LCA) alignment to the M5NR database.

The results show that healthy controls demonstrated lower levels of viruses when compared to diseased subjects. The predominant human viruses were members of the Herpes Simplex family, however bacteriophages were the predominant viral constituents overall.

“Significant differences were observed in the levels of gram-positive and gram-negative phages in health and disease,” said Abby Siefker. “While health was dominated by gram-positive phages, especially those belonging to the genera Streptococcus,
Enterococcus and Lactobacillus, in disease gram-negative phages predominated. These phages were associated with Prevotella, Burkholderia, Campylobacter, Hemophilus and Aggregatibacter.”