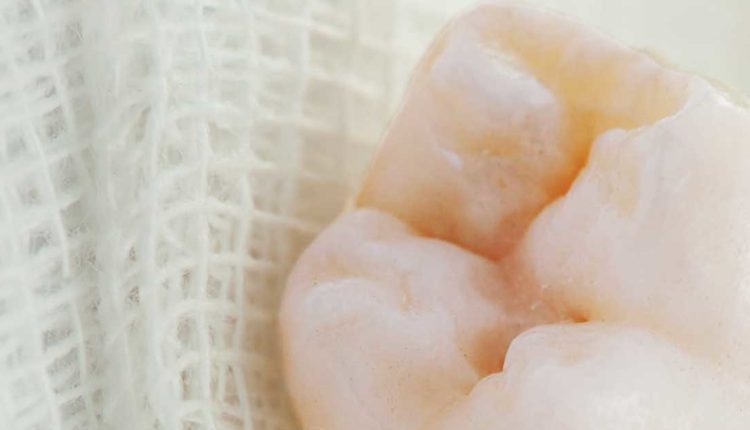 This new technique aims to improve the effectiveness of sealants by obtaining the cleanest pits and fissures possible.

Sealants are one of the most effective strategies to prevent occlusal caries on posterior teeth. The etching-bonding of composite material to enamel is one of the strongest bonds achievable in dentistry. A recent Cochrane review indicates that sealants can reduce decay in posterior teeth by 11% to 51%.1 The longer the sealant is retained on the tooth and the deeper its penetration, the greater its efficacy in preventing decay.2 However, the bond of the sealant is predicated on securing a clean tooth (both on the enamel and in the fissures), in addition to ensuring the sealant flows well into the tooth’s pits and fissures. Multiple techniques for cleaning or preparing the fissures have been presented, including pumice, air abrasion, and the use of a round bur.3,4 This article presents a novel technique based on a previous research project and clinical experience to obtain the cleanest tooth fissures possible, thus allowing the sealant to penetrate and bond with the tooth’s pits and fissures.

Typically, placing sealants does not involve any tooth preparation. According to the Code on Dental Procedures and Nomenclature (CDT), a sealant is reimbursed with code D1350. If the tooth is prepared to open the fissures, such as with a ¼ round bur, the new CDT code is D1351 for a preventive resin restoration (sometimes called a caries biopsy).5–7 This sealant technique will focus on cleaning the grooves chemically without any mechanical debridement.

In order to clean the grooves without preparing the tooth, typically a bristle brush with nonfluoridated flour of pumice is used;8 however, the pumice does not penetrate the fissures well.9,10 It has been shown that hydrogen peroxide will penetrate the grooves and kill bacteria.11–14 Evidence has also shown that hydrogen peroxide will remove biofilm and improve gingival scores in bleaching.15,16

Sealant technique success is dependent on obtaining proper isolation in order to avoid saliva contamination of the tooth. This isolation can be accomplished with a dental dam, cotton rolls and suction, a well-trained dental assistant, or with combination mouth-prop-and-suction devices.

The first step in this new sealant technique is to use chemical means to clean the plaque and debris by applying 3.5% over-the-counter hydrogen peroxide with a cotton swab to remove plaque and kill the bacteria in the fissures (Figure 1). One drop of hydrogen peroxide will bubble and foam when placed in contact with the fissures (Figure 2). After the bubbling and foaming are completed — usually 5 to 10 seconds — the tooth can be rinsed vigorously (Figure 3).

After isolating and cleaning the tooth, the enamel should be etched using conventional phosphoric acid (Figure 4). Because the fissures are narrow, the clinician should use an explorer to stir the etchant so there are no air bubbles over the enamel, which might prevent an adequate etch (Figure 5). For uncut enamel, the etching time is 30 seconds, followed by 30 seconds of rinsing. Next, the tooth is suctioned with high-volume suction and dried with an air syringe (Figure 6).

The challenge at this point is removing all moisture from the etched fissures so the composite resin material can bond well. A second, new recommendation is to remove moisture with a water chaser or prime-and-dry material (Figure 7). This watery material penetrates the grooves and displaces water much in the same manner as a dentin primer penetrates dentin and displaces water.17 The water chaser is air-dried to facilitate evaporation, resulting in clean, well-etched, dry enamel (Figure 8). A hydrophilic sealant can then be placed.

A minimum amount of sealant should be used during application (Figure 9), as capillary action of the dry enamel tends to draw the sealant into the fissure. The unset sealant still needs to be stirred with an explorer or application tip to pop or remove any air bubbles (Figure 10). Once the sealant is smooth and bubble free, it is light cured.

The final step is to evaluate the occlusion. Although some patients will “wear in” a high sealant over time, there is the potential for creating sensitivity or pain if the occlusion is not addressed. The potential for debonding in thin areas of the sealant is also possible. One final new recommendation for adjusting occlusion is to use a slow-speed, latch-type round bur, either a #4 or #6 (Figure 11). The slow-speed, latch-type round bur will not cut enamel, but will remove composite. This technique provides a way to adjust occlusion on the restoration without changing the natural tooth occlusion. Use of this bur can both remove excess material and smooth the restoration.

One question with the use of hydrogen peroxide is whether the oxygen in the hydrogen peroxide will reduce the sealant’s bond strength to the etched enamel. After traditional tray bleaching with hydrogen peroxide, the clinician must wait at least two weeks for the oxygen in the tooth to dissipate or there will be a 25% to 50% reduction in bond strength between the composite and tooth.18 However, this two-week delay is not appropriate when placing sealants. During traditional bleaching, the incorporation of oxygen into the tooth occurs when the peroxide is on the tooth 30 minutes or longer, not 10 to 30 seconds, as in this suggested sealant technique.

The use of 3.5% hydrogen peroxide in a short-term application to clean the occlusal surface and fissures of a tooth and kill bacteria in the fissure — as well as the use of a water chaser to displace moisture — can aid in placing well-bonded sealants. Adjustment of the occlusion on the sealant can be safely achieved with a slow-speed, latch-type round bur, which will not damage the enamel or remove natural tooth contacts.

Despite its promise to improve efficacy and retention of sealants, additional research is needed to provide further support of this new clinical technique.

Van B. Haywood, DMD, is a professor in the Department of Restorative Sciences at the Dental College of Georgia at Augusta University. A coauthor in 1989 on the first paper on nightguard vital bleaching, he has more than 145 publications on bleaching technique and esthetics, including first papers on treating bleaching sensitivity with potassium nitrate, direct thermoplastic tray fabrication, bleaching primary teeth, and caries control with bleaching materials. Many of these articles are available free on his website vanhaywood.com. He can be reached at [email protected].

Kim L. Capehart, DDS, PhD, MBA, is the interim chair and an assistant professor in the Department of General Dentistry at the Dental College of Georgia at Augusta University. Previously a private practitioner, Capehart has presented nationally and internationally on topics ranging from clinical dentistry to business. He can be reached at [email protected] 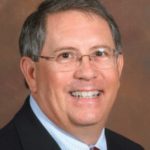 Jeril R. Cooper III, DMD, is a professor in the Department of General Dentistry at the Dental College of Georgia at Augusta University. He maintained a full-time general dentistry practice for 30 years before joining academia, where he has an active faculty practice in addition to providing clinical supervision and serving as a member of the Augusta University Esthetic Team. A member of the Pierre Fauchard Academy and Hinman Society, as well as a Fellow of the Academy of General Dentistry, Cooper received Augusta University’s Judson C. Hickey Award in 2008.

Coronavirus Transmission In the Dental Setting 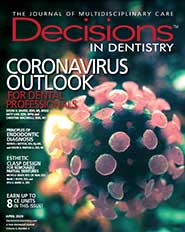