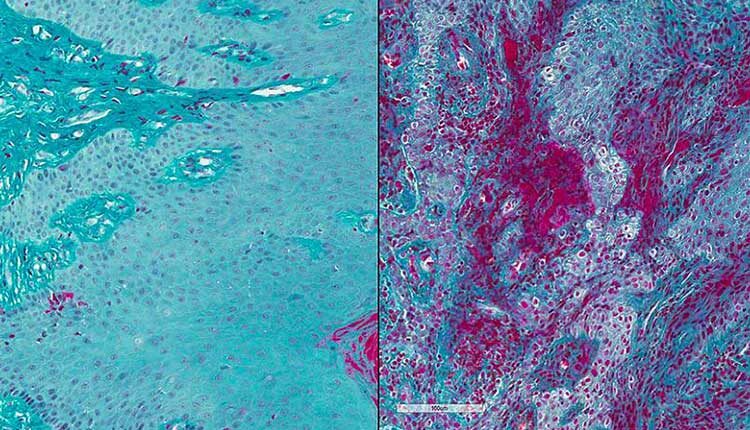 In a study that offers insight into treating periodontal disease and other inflammatory disorders, research led by the National Institute of Dental and Craniofacial Research has shown that blocking the function of a blood-clotting protein prevents bone loss from periodontal disease in mice.

Drawing on animal and human data, researchers found that buildup of the fibrin protein triggers an overactive immune response that damages the gingiva and underlying bone. Published in Science, the study, “Fibrin Is a Critical Regulator of Neutrophil Effector Function at the Oral Mucosal Barrier,” suggests that suppressing abnormal fibrin activity could help prevent or treat periodontal disease — as well as other inflammatory disorders marked by fibrin buildup, including arthritis and multiple sclerosis.

While scientists have known that periodontitis is driven by an exaggerated immune cell response, until now it was unclear what triggered the response. To explore the connection between abnormal fibrin buildup and periodontitis, the team studied plasminogen (PLG) deficiency in mice and analyzed human genetic data. Like humans with the condition, PLG-deficient mice developed periodontitis. They also experienced bone loss and elevated levels of gingival fibrin and neutrophils, which are also found at high levels in those with common forms of periodontitis.

While neutrophils typically defend the oral cavity from pathogens, an excessive neutrophil response is thought to cause tissue damage. To find out if fibrin was driving this overactive response, the researchers impaired its ability to bind to protein receptors on neutrophils. The weakened connection completely prevented periodontal bone loss in PLG-deficient mice. Moreover, it reduced bone loss in mice with a common, age-related form of periodontitis, suggesting that similar mechanisms were at play in both forms of the disease.

This study suggests that, under certain circumstances, fibrin can cause neutrophil immunity to shift from protective to damaging. In closing, the researchers note, “Our data support the idea that targeting the fibrin-neutrophil interaction could be a promising treatment to explore in both rare and common forms of periodontitis.”