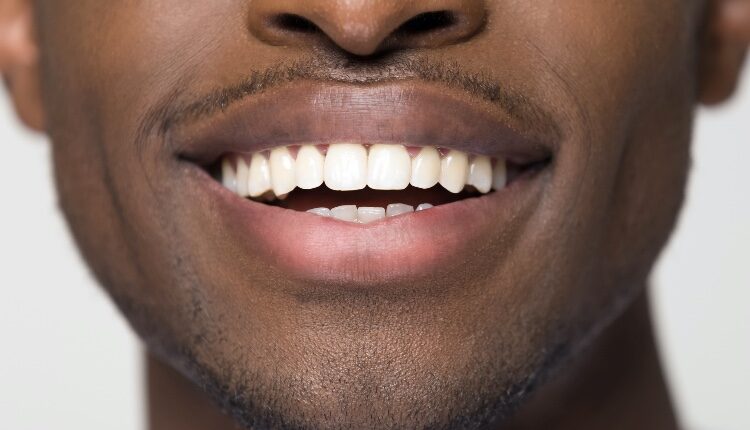 Using advanced microscopy and chemical detection techniques, research supported in part by the National Institute of Dental and Craniofacial Research has revealed the atomic makeup of human tooth enamel.

Using advanced microscopy and chemical detection techniques, research supported in part by the National Institute of Dental and Craniofacial Research has revealed the atomic makeup of human tooth enamel. Working with scientists at Cornell University in Ithaca, New York, a team from Northwestern University in Evanston, Illinois, notes the enamel demonstrates lattice patterns and unexpected irregularities.

Based on atom probe tomography and scanning transmission electron microscopy, the authors report the “crystallites were made of a continuous uniform lattice of hydroxylapatite atoms … [and] the lattice structure appeared to be sprinkled with dark distortions, especially at the innermost core of the crystallites.” The defects were caused by minor elements, such as magnesium, which were highly concentrated in two distinct layers at the core.

In addition, the central region was rich in sodium, fluoride and carbonate, while the shell contained lower concentrations of these elements. The irregularities in magnesium were hypothesized to cause strain in the crystallites, and, when the crystallites were exposed to acid, the core showed more erosion than the shell, authors report.

Findings from the study, “Chemical Gradients in Human Enamel Crystallites,” published in Nature, could potentially provide a better understanding of the development and prevention of caries, and lead to therapies to help remineralize enamel.

Paper Explores Connection Between Oral Hygiene and Severity of COVID-19

Oral Microbiome May Contribute to Hypertension in Postmenopausal Women

The Number of COVID-19-Related Deaths in the US…