Recent published data indicate the number of COVID-19 cases in the United States has dropped in many areas.

Recent published data indicate the number of COVID-19 cases in the United States has dropped in many areas. In response, some are breathing a sigh of relief in the hope the ravages of this disease are subsiding and we can finally leave our protective cocoons. As a result, some areas of the country have already relaxed the guidelines for mask-wearing and social distancing.

But is it safe to let our guard down? It has been suggested this is premature and that recommended precautions continue for the foreseeable future. Proponents of continued caution note the upsurge in COVID-19 infections in some states, and argue that only when longer-term data demonstrate a continued downward trend will reopening be safe.

Of course, one reason for the increase is the emergence of viral variants. Most of these mutations were initially found in other parts of the world, but they have gone traveling. It is normal for viruses to mutate, and multiple variants of COVID-19 have been reported. Some mutations have faded away, while others persist. Three primary forms have been found in the United States. The United Kingdom variant (B.1.1.7) was first discovered last year and was detected in the U.S. in late December. By presstime, it had become the most prevalent strain in the U.S. Initial data indicate that patients infected with B.1.1.7 carry a higher vial load and, thus, are more likely to spread the disease.

The South Africa variant (B.1.351) first appeared in the U.S. in January 2021. Like its British cousin, it features a high viral load, spreads easily, and appears to cause a more severe form of the disease. A Brazilian variant (P.1) was also reported in the U.S. in January and is similar to the South African strain. While few cases of the Brazilian strain had been confirmed in the U.S. as of presstime, it is easily transmitted and has been responsible for the majority of deaths in Brazil.

IS IT SAFE TO LET OUR GUARD DOWN? IT HAS BEEN SUGGESTED THIS IS PREMATURE

Typically, DNA viruses change their genetic structure with greater frequency than RNA viruses, but this has not been the case with SARS-CoV-2, the virus responsible for COVID-19. Most current vaccines target the spike protein of the virus. The concern is that mutations of the viral spike may be able to fool the defense mounted by current inoculations, thus limiting their effectiveness. Early data indicate that vaccines currently available in the U.S. are at least partially effective against the variants tested. For example, so far the United Kingdom variant seems to respond well to current vaccines. However, the major vaccine producers are working on boosters for individuals who have had their initial vaccination to address the threat posed by variants.

At least to some degree, the new wave of infections is likely related to these variant strains and the initial slow rollout of vaccinations.

How does this affect our practices? Current data are not conclusive on how or if these variants will necessitate changes to existing protocols, or require authorities to revert to earlier lockdowns and restrictions. Until we know more, it would seem prudent to continue to exercise due vigilance as a country, as well as in our personal and professional lives. 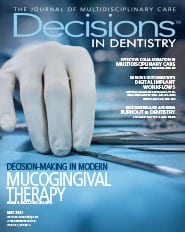