As dentistry becomes more evidence-based, it’s hoped that patients will receive similar care for similar conditions, regardless of where they are treated.

As dentistry becomes more evidence-based, it’s hoped that patients will receive similar care for similar conditions, regardless of where they are treated. However, a study in the Journal of Endodontics1 shows how far dentistry has to go in this regard. Researchers from the University of Pennsylvania surveyed local general practitioners, endodontists and other specialists about how they would treat 14 cases of apical periodontitis in teeth that had been endodontically treated and restored. The survey was repeated seven years later to see if providers changed their treatment choices over time. 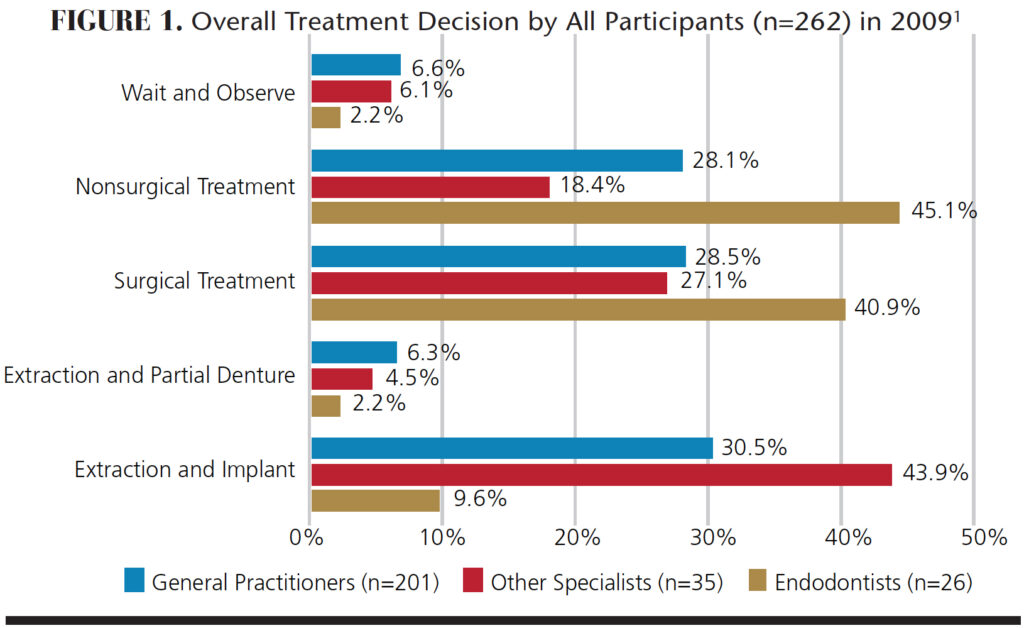 When looking at treatment choices over time, the researchers found that while there was little difference in the treatment planning options between 2009 (the year the survey was first done) and the 2016 survey, practitioners were likely to change their minds about treatment. In fact, nearly half of the decisions changed (Figure 2). Now, changing one’s mind after seven years is not bad, especially as more data on treatment outcomes become available. Between 2009 and 2016, for example, researchers published data showing that therapy that sought to preserve natural teeth had better long-term outcomes than extraction and implants.2,3 The University of Pennsylvania authors note that while their study was small and geographically limited, if the findings held true for the rest of the United States, it could indicate a need to advance continuing education and best-practice guidelines across all clinical groups. 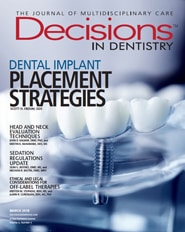