A study out of Mexico — where sugary beverages are a dietary staple — has affirmed the negative health consequences of soda.

A study out of Mexico — where sugary beverages are a dietary staple — has affirmed the negative health consequences of soda on teenagers’ teeth. In an effort to estimate the prevalence of erosive tooth wear in 14- to 19-year-olds, the authors studied 417 subjects by issuing a questionnaire regarding their intake of juice, sports drinks and sweet carbonated drinks. The survey was followed by an oral examination using the Lussi index. Published in the Journal of the American Dental Association, the research, “Prevalence of Erosive Tooth Wear and Associated Factors in a Group of Mexican Adolescents,” showed a 31.7% overall prevalence of erosive tooth wear — with the most erosion attributed to soda.

Hoping to limit the intake of sugary drinks, Mexico has implemented a tax on these types of beverages, which has led to sales falling by as much as 12%. Officials in the U.S. and elsewhere are considering similar “soda tax” legislation. 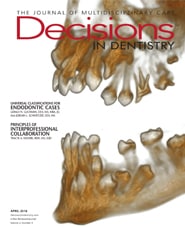