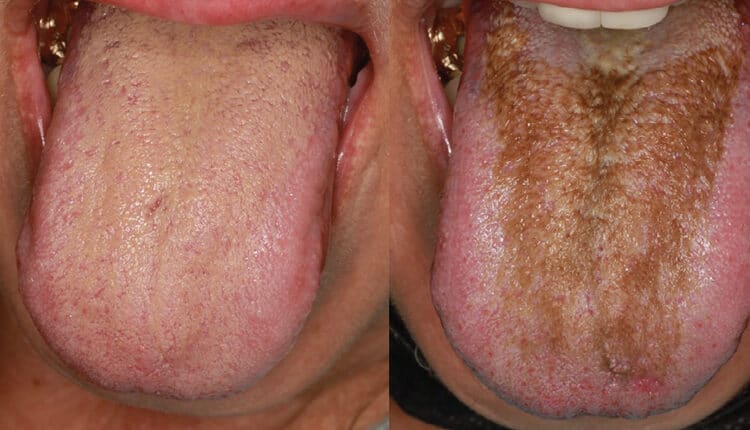 By Gregory M. Schuster, DDS, MEd, Eugenia P. Roberts, DDS and Hannah E. Tarpey, BS On Dec 7, 2022
0
Share
PURCHASE COURSE
This course was published in the December 2022 issue and expires December 2025. The authors have no commercial conflicts of interest to disclose. This 2 credit hour self-study activity is electronically mediated.

Hairy tongue or “black hairy tongue” is a benign condition that is usually asymptomatic and self-limiting. Patients most often present to dental and medical professionals due to esthetic concerns of the elongated keratin strands of filiform papillae and dark coloration that overlays the dorsal tongue surface. Usual resolution is with conservative measures and tongue hygiene. This case report describes the treatment of a patient with a two-year history of persistent lingual burning sensations, difficulty swallowing, and heavy tongue coating associated with refractory hyperkeratosis of the filiform lingual papillae (HFLP) on the dorsum of the tongue. These symptoms reportedly developed after a SARS-CoV-2 upper respiratory infection and recurrent antibiotic use.

While hairy tongue and HFLP share the same pathology, most cases of hairy tongue improve with oral hygiene, usually require no additional treatment, and do not return. In comparison, the patient in this case developed HFLP, which is a symptomatic version that presents with burning, does not resolve, is subject to recurrence, and requires additional treatment beyond oral hygiene. The literature has limited reporting, but if conventional treatment is ineffective, the use of diode laser photobiomodulation1 or carbon dioxide (CO2) lasers has been suggested.2,3 To the authors’ knowledge, this presentation is the first reported use of low energy ablation (LEA) palliative therapy with a 9300 nm CO2 laser. The distinction is that while diode and CO2 lasers have been used before, this case is believed to be the first utilizing this wavelength and a low energy power mode. Essentially, LEA is somewhere between ablation and photobiomodulation, and this novel approach was ultimately deemed to have successfully alleviated the symptoms associated with the patient’s HFLP.

A 69-year-old female presented to the clinic at Midwestern University College of Dental Medicine-Arizona with a chief complaint of sporadic, unresolved burning sensations on the dorsum and tip of the tongue that began shortly after a COVID-19 infection in July 2020. The patient reported these tongue symptoms to an otolaryngologist in August 2020 and was diagnosed with hairy tongue. After recovering from COVID-19, the patient experienced erratic hypo-hyper thyroid levels, chronic urinary tract infections (UTI), and genital herpes which she had not previously demonstrated. The patient’s physician advised that her immune system had been affected.

During the initial visit to the dental clinic on September 29, 2021, more than a year after oral symptoms began, an intraoral examination revealed a light yellow-brown discoloration and coating on the dorsum of the tongue (Figure 1A). Examination of the soft and hard tissues showed no other oral pathologies or abnormalities. The patient exhibited a Silness-Loe Plaque Index of 1 and good oral hygiene. Using the Numerical Rating Scale for pain (NRS) from 0 to 10, with 10 being the worst pain, the patient rated the burning sensations on the tongue as a 10 during what she described as flare-ups. The patient acknowledged tobacco smoking, but no coffee or alcohol use. The coating on the surface of the tongue could be rubbed off with gauze. Conservative tongue hygiene was advised with a toothbrush or tongue scraper.

In October 2021, the patient returned to the otolaryngologist with a chief complaint of a “knot” on the right side of the jaw, difficulty swallowing, and a sensation of food lodging in the throat. No definitive cause for the symptoms was found and no treatment was advised. She presented to the dental clinic in November 2021 (Figure 1B) for evaluation of persistent burning tongue symptoms and swallowing issues on the right side. A similar case report in the literature with mucositis and burning tongue post-COVID-19 infection resolved with 0.12% chlorhexidine mouthrinse, so this was prescribed.4 At the six-week follow-up appointment, she reported slight improvement in the burning sensation, with fewer flare-ups, but no resolution of the swallowing issues, papillary overgrowth, or the “thickness” now felt in the body of the tongue. Following chlorhexidine therapy, a palliative treatment option with a 9300 nm CO2 laser LEA approach was offered. The patient accepted and signed consent.

The first LEA treatment (Figures 2A through 2C) addressed the right side tongue on February 22, 2022, where symptoms were most problematic. The patient agreed to have only topical anesthetic applied. The lesion was treated using a continuous motion of the laser; first in an anterior-posterior direction, and then in a medial-lateral direction just anterior to the circumvallate papillae, allowing for overlap in each direction. Four passes of the area were performed, along with a wet gauze cleaning in between each individual pass to remove the strands of exfoliated keratin. Treatment time averaged three minutes per pass, for a total treatment time of approximately 12 minutes. No charring or bleeding of the papillae was noted, although an epithelial level of desiccation appeared after the third and fourth passes, which rehydrated within 30 seconds following use of the wet gauze. During treatment, the patient reported a “stinging” sensation, but no pain or heat sensation. At the end of treatment, she expressed immediate improvement in right side swallowing, and her tongue burning sensation was reported as NRS 2 on the dorsum and 0 at the tip.

On March 10, 2022, the patient presented for the second LEA treatment on the left side of the tongue, at which time she reported significant improvements, with an NRS 0 rating for pain or burning on the tongue, no swallowing discomfort on the right side, and only a persistent “irritation” of the far-dorsal tongue anterior to the circumvallate papillae. The same LEA protocol was followed. During treatment, the posterior area of the tongue became increasingly difficult to access due to the required laser tip distance and angulation (Figure 3).

She reported for the four-week follow-up appointment, stating that five days after the second laser treatment she had another UTI, with antibiotic therapy again. At the end of the course of Bactrim, the patient experienced burning sensations on the anterior tip and anterior lateral borders of the tongue, with a pain level of NRS 6. An antifungal oral rinse and oral probiotics were advised. It was agreed to monitor the tongue and that retreatment with LEA would be an option if the hairy tongue returned or if burning persisted. An eight-week postoperative evaluation confirmed the patient was able to maintain tongue hygiene, and the burning sensation continued on only a small area at the tip of the tongue, which was reported as NRS 2.

The patient continued receiving dental care at the clinic, with no tongue issues until two months later (in June 2022), when she presented with increased filiform papillae and heavy green-brown coating on the dorsal tongue after completing yet another course of antibiotics (Figure 4A). In addition, she reported increased stress and higher daily tobacco use. The patient consented to a third palliative LEA treatment, this time for the entire tongue surface. The same LEA protocol was followed. She again expressed immediate relief of symptoms (Figure 4B). At the one-month follow-up (Figure 5), the patient continued to maintain good tongue hygiene, reporting only an NRS 2 burning sensation and high satisfaction rating — even while enduring another bout of UTI and antibiotic therapy.

A 9300 nm CO2 laser was set on low power mode for all three LEA sessions, with settings of an 0.012 cm2 spot size, 20% cutting speed and no mist, corresponding to an irradiance of 33.3 W/cm2. The average irradiated area was 12 cm2. Treatment time was 12 minutes for the first session, and six minutes each for the remaining two sessions, for a total radiant energy of 86 joules (Table 1). All treatment sessions were performed using 20% benzocaine topical anesthetic and high-volume evacuation.

The patient presenting in this case exhibited painful oral symptoms with HFLP. Contributing factors could be due to post-COVID-19 immunosuppression, chronic use of antibiotics, xerostomia and smoking. Systemic antibiotics, such as cephalosporin, penicillin and metronidazole,5 and medications, such as antidepressants, antineoplastics and antipsychotics,5,6 are known risk factors for hairy tongue. Should HFLP be persistent or recur, as it did in this case report, some researchers have suggested chlorhexidine,4 hydrogen peroxide antiseptics,7 antifungals, antivirals, or even keratolytic agents2 — such as oral retinoids, urea solution, topical triamcinolone acetonide or salicylic acid — for treatment.1,3,6,8 These therapies may have unwanted side effects, including local tissue irritation and possible systemic absorption. More invasive options to remove the hyperkeratotic papillae include surgical scalpel,8 scissor and electrodessication.9 Less invasive procedures include diode photobiomodulation1 and excision with CO2 lasers, the latter requiring local anesthesia and extended wound healing.2,3

The 9300 nm CO2 laser with LEA and epithelial stimulation successfully removed the hyperkeratotic papillae and alleviated the patient’s symptoms immediately after treatment. Other successful approaches by Jung et al2 using a CO2 laser and Samiei et al1 with diode laser treatment for hairy tongue incorporated unilateral local anesthesia. Laser LEA treatments for this and other oral lesions, such as erosive lichen planus and spongiotic gingivitis, have been successfully managed with only a thin application of 20% topical benzocaine.10,11

Since CO2 wavelengths are highly absorbed in water and the superficial epithelial layer,12 the desiccated appearance or “white spots” that were noted during LEA treatment appear to be ablated epithelial cells or keratin proteins. The thermal effects from LEA treatment may also contribute to bacterial and fungal disinfection, as shown in other laser studies.1 Compared to surgical scalpel techniques, CO2 lasers also minimize postoperative pain and swelling.13 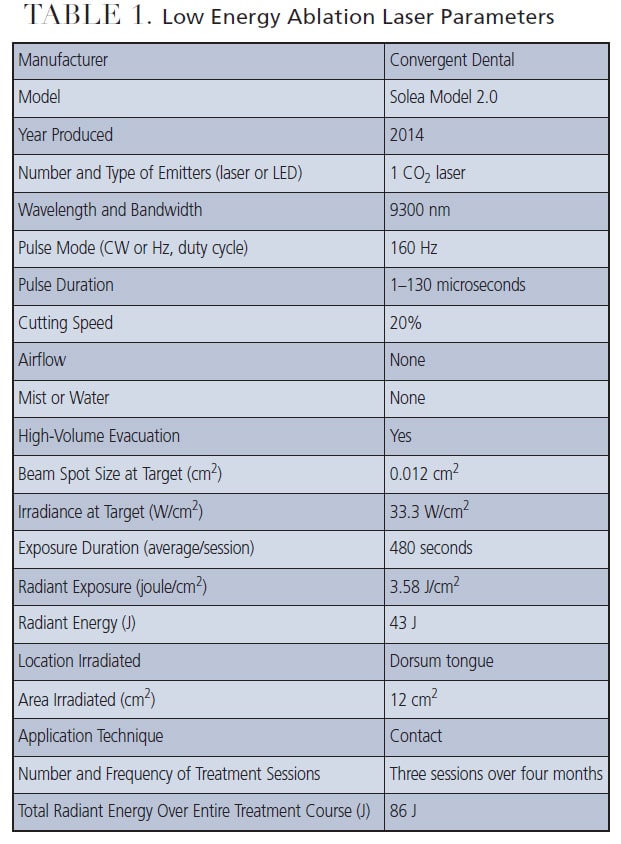 This case report described a novel palliative treatment for a painful, persistent and refractory HFLP with the use of a 9300 nm CO2 laser with LEA. The patient reported immediate and long-term improvement of oral symptoms with this laser application. Another consideration when weighing this treatment approach is that along with removing hyperkeratotic papillae, LEA therapy may have antibacterial and antifungal properties that help promote successful resolution of HFLP.

Acknowledgment: This case report was approved by the Midwestern University Office of Research and Sponsored Programs Institutional Review Board AZCS-183. 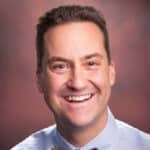 Gregory M. Schuster, DDS, MEd, is an associate professor and director of clinical faculty at the Dental Institute at Midwestern University College of Dental Medicine in Glendale, Arizona. 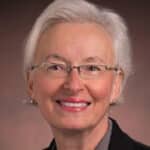 Eugenia P. Roberts, DDS, is an associate clinical professor and course director for oral pathology at Midwestern University College of Dental Medicine in Glendale, Arizona. She can be reached at [email protected]. 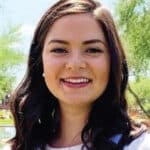 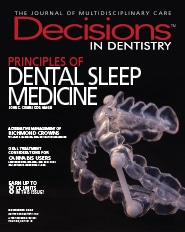