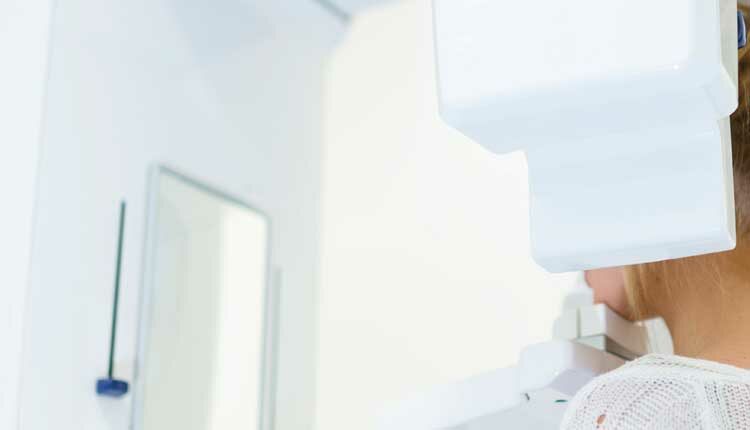 An investigation of the developmental entity extensive maxillary sinus pneumatization, with the goal of helping clinicians identify this rare condition during radiographic diagnosis.

Cone beam computed tomography (CBCT) is a low radiation dose, low cost, three-dimensional (3D) radiographic procedure that is now widely used for dento-maxillofacial applications.1 Cone beam scanners are being installed at an increasing pace in U.S. dental offices, academic institutions and hospitals due to their relatively small footprint and image quality, which is comparable to medical computed tomography (CT) scans. This imaging modality has application in multifarious diagnostic situations pertaining to dentistry. Worth special mention is the diagnostic and treatment planning capabilities of CBCT for dental implant therapy.2 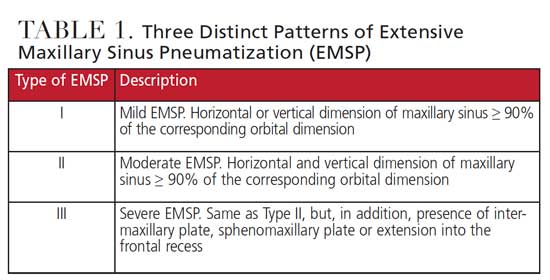 Software dedicated to implant treatment is now a part of some CBCT scanners; alternatively, digital imaging and communication in medicine (DICOM) data from the CBCT scanner can be used with implant treatment planning software from other vendors.3 Cone beam imaging is indicated for implant therapy to assess alveolar bone volume and density, and also evaluate the proximity of the implant site to important anatomic structures, such as the maxillary sinuses, incisive canal, inferior alveolar canal and mental foramen.4 This case report details the use of CBCT in diagnosing extensive maxillary sinus pneumatization (EMSP) in a patient being considered for implant treatment.

The paired maxillary sinuses, which are a part of the facial skeleton, form an integral anatomical component of the paranasal sinuses, along with the frontal, ethmoid and sphenoid sinuses, and are always imaged in CBCT scans. Embryologically, the maxillary sinuses begin to develop as lateral out-pouchings of the ethmo-maxillary recess mucosa during the 10th to 12th week of gestation. They are identified as a distinct entity during the 16th week of gestation, and the resulting resorption of surrounding tissue bears the radiological term “pneumatization,” which is seen as radiolucent areas on images.5 This apparently normal pneumatization extends into nearby bony elements as recesses. These recesses extend centrifugally (i.e., inferomedially) into the hard palate, laterally into zygomatic bone, posteriorly into the ethmoid bone, and inferiorly up to the alveolar processes that lodge the maxillary teeth.6

A less recognized developmental anatomic variant of the maxillary sinus, EMSP is a rare condition in which the largest horizontal and/​or vertical dimension of the maxillary sinus equals or exceeds 90% of the corresponding diameter of the orbit. Three subtypes of EMSP are identified in clinical samples (Table 1). Type 1 EMSP involves extensive pneumatization in only in one dimension (horizontal or vertical). Type II includes pneumatization in two dimensions (horizontal and vertical). Type III is typified by the presence of sphenomaxillary plate, intermaxillary plate or extension into the frontal recess. Demographic studies reveal the incidence of EMSP is 8% (bilateral 7%; unilateral 1%). The incidence of the subtypes, I, II and III is 1%, 3% and 4%, respectively. These entities should be differentiated from other conditions, such as maxillary sinus hyperplasia or maxillary sinus hypoplasia. There are subtle differentiating features, mainly radiological, amongst these three entities.7

In dentistry, the paired maxillary sinuses are evaluated with cone beam computed tomography as part of implant imaging protocol

The maxillary sinus is best imaged as part of the evaluation of the mid-facial skeleton and paranasal sinuses by utilizing medical-grade conventional CT scanning. Medical CT scans are used to evaluate, identify and diagnose paranasal sinus disease and other anomalies, such as concha bullosa, paradoxical middle turbinate, hypoplastic or absent uncinate process, and orbital floor anomalies.8 In dentistry, the paired maxillary sinuses are evaluated with CBCT as part of implant imaging protocol, particularly when implants are planned in the region of missing maxillary posterior teeth.2

The following case report attempts to highlight the importance of identifying EMSP on diagnostic imaging (Figure 1), and the implications for implant therapy in the posterior maxilla. This article describes the recognition of EMSP radiographically. Initially, the entity was thought to be cysts after a referral to an oral and maxillofacial surgeon resulted in a clinical working diagnosis of bilateral maxillary cysts. A CBCT scan was subsequently interpreted by a board-certified oral and maxillofacial radiologist, who established the diagnosis of EMSP radiographically, thus avoiding an unnecessary explorative biopsy. This paper seeks to raise awareness among dentists and specialists of EMSP’s radiographic presentation so as to prevent significant morbidity to the patient from a biopsy or surgical exploration.

A 51-year-old female was referred to an oral and maxillofacial surgeon by a general dentist for initial consultation regarding implant therapy in the maxilla. The patient’s history was significant for codeine allergy. Clinical examination was negative for extraoral and intraoral findings. The oral and maxillofacial surgeon recommended the patient obtain a CBCT scan as part of the initial diagnostic work-up for implant therapy. Accordingly, the patient was referred to an imaging center, where a standard field-of-view CBCT scan was obtained of the jaws and mid-face region. The scan was deemed by the imaging personnel to be of adequate diagnostic quality for interpretation.

Upon cursory review of the CBCT scan by the oral and maxillofacial surgeon, the facial skeleton, maxilla and mandible were found to be within normal limits. The oral surgeon was able to assess the potential implant sites. However, he also noticed large, bilateral radiolucencies in the first molar region in close approximation to the maxillary sinuses (Figure 2 and Figure 3). The surgeon was suspicious of bilateral cysts in the region of tooth #3 and tooth #14 extending to involve the maxillary sinus bilaterally. Consequently, he decided to temporarily suspend implant therapy pending further investigation.

After reaching a provisional diagnosis of bilateral cysts in the region of the maxillary alveolar processes, the surgeon planned an explorative procedure that involved incision and drainage of the cystic region. Prior to scheduling the procedure, he sought an opinion from an oral and maxillofacial radiologist and sent the DICOM data of the patient’s scan for radiological evaluation.

The radiologist interpreted the entire scan volume from the CBCT images and furnished a comprehensive report. Imaging findings revealed no evidence of trauma or asymmetry of the jaws. Of significance among the findings was the presence of large, non-expansile radiolucencies in the region of the maxillary premolars and molar teeth bilaterally, which appeared contiguous with the maxillary sinuses located immediately above them. A clearly demarcated, distinct, cortical boundary between the maxillary posterior teeth and maxillary sinus was not seen on the right side. Findings in the mandible were significant for several restored teeth and impacted tooth #17.

Radiographic evaluation of the paranasal sinuses, nose and nasomeatal complexes was significant for bilaterally large, segmented and pneumatized maxillary sinuses, appearing as radiolucencies that extended into the apical aspects of the premolar and molar teeth bilaterally and into the interradicular area. The pneumatization appeared to be localized within the maxillary sinus, and there was no radiographic evidence of the extension of pneumatization into the ethmoid, frontal and sphenoid sinuses. No other significant findings were reported. The radiologist concluded the salient findings in the impression section of the report, stating, “normal study of maxillary sinuses with EMSP, bilateral Type II moderate” and “normal study of maxilla with pneumatization of the maxillary sinuses bilaterally, which extend into the apical root anatomy of the premolar and molar teeth on either side.”

The final radiology report was sent to the oral surgeon with a recommendation to avoid any further invasive procedures with respect to this finding, including investigational intervention involving aspiration and biopsy. The report also suggested the patient’s maxillary sinus anatomy might not be conducive to implant therapy in the maxilla. The surgeon agreed with the radiologist’s findings and advised the patient accordingly.

As noted, this case study describes a rare, developmental and anatomical variant of the maxillary sinus, EMSP, and its clinical implications for dental treatment. This report also emphasizes the need for dentists and specialists to recognize this condition, and differentiate it from a normally appearing maxillary sinus and other closely related entities.8

Although EMSP is more common than maxillary sinus hypoplasia — which is a well-recognized entity — lack of familiarity with EMSP may be attributed to the fact that scientific literature on EMSP is limited.9 Despite its clinical significance in treatment planning, including implant therapy, it has not been identified as a distinct entity until recently.

While it is important to recognize symptoms that arise due to EMSP in the paranasal sinus region, these are usually diagnosed by otolaryngologists and treated accordingly. The dental attributes of EMSP seem to go unrecognized since they usually do not produce signs or symptoms in an untreated state, and invasive procedures — such as dental implant therapy in the posterior maxilla — can potentially cause maxillary sinus perforation and other complications. Therefore, it is critical for dentists, periodontists and implantologists who plan dental implant therapy to recognize and diagnose EMSP so as to avoid implant placement in a patient whose maxillary sinuses show evidence of this condition.

Clinicians should also be cognizant that EMSP is a bilateral condition; thus, it would be prudent to avoid the contralateral side if implant therapy is planned. It is questionable if sinus augmentation procedures will help with placement of implants in a patient with radiographically confirmed EMSP.10

In closing, this report of a rare developmental anatomical variant illustrates the need for dentists and dental specialists to recognize EMSP on radiographs. Clinicians are also advised to obtain a confirmative diagnosis from an oral and maxillofacial radiologist. The prompt recognition of EMSP in the mid-facial skeleton will prevent unnecessary and avoidable morbidity, even if the treatment is an elective procedure, such as dental implant therapy. 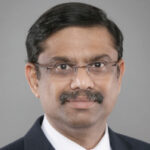 Ashok Balasundaram, BDS, DDS, MDS, MS, practices oral and maxillofacial radiology in Novi, Michigan. A diplomate of the American Board of Oral and Maxillofacial Radiology, he can be reached at [email protected]. 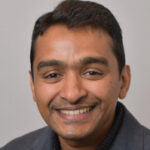 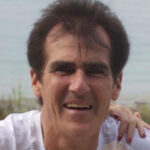 Joseph Hildebrand, DDS, is an oral and maxillofacial surgeon in Shelby Township, Michigan. 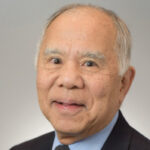