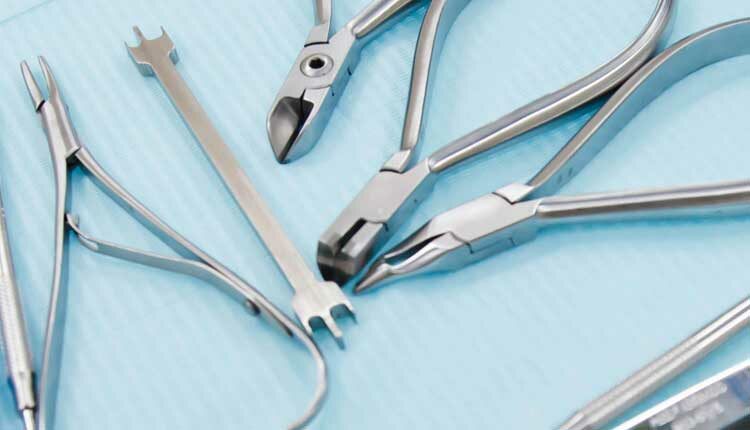 This clinical report investigates an asymptomatic, amorphous, radiopaque mass of disorganized hard tissue that was ultimately diagnosed as a compound odontoma.

By John R. Francis, DDS, MS and Gina Marie Agostini-Walesch, PhD On Feb 9, 2022
0
Share
PURCHASE COURSE
This course was published in the February 2022 issue and expires February 2025. The authors have no commercial conflicts of interest to disclose. This 2 credit hour self-study activity is electronically mediated.

In what might initially have appeared to be an unremarkable case, an 82-year-old female presented for extraction of tooth #31 after a periapical radiograph (Figure 1) showed the tooth to be unrestorable due to recurrent caries and periradicular pathology from an apparent failing endodontic treatment. Yet the radiograph also showed a well-defined, radiopaque mass in intimate contact with the distal root of tooth #31. The patient was asymptomatic and reported having no prior knowledge of the mass or the length of time it had been present. She declined sending a specimen to an oral pathologist for further examination. All third molars had been extracted earlier in life.

The patient was healthy for her age, with no contraindications for the extraction. Her notable medical history included a knee replacement surgery and a mastectomy without radiation therapy for breast cancer many years prior. Her blood pressure was well controlled with the use of a calcium-channel blocker. She was a patient of record at our clinic for one year.

The tooth was extracted without incident, leaving the mass in question partially exposed on the distal aspect of the socket, as expected (Figure 2). The decision was made to remove the mass because it had direct exposure to the socket, making it easily accessible. It was conservatively exposed further (Figure 3) and removed in its entirety without complication (Figure 4).

Two oral surgeons, one periodontist, and one oral radiologist were consulted regarding the etiology of the sample. Together, they proposed three possibilities for the likely sample origin:

As no consensus was reached, the authors conducted a literature review on each possibility and performed supplemental histological imaging of the sample via scanning electron microscopy (SEM). This case and the differential diagnostic process are presented here in an effort to assist other clinicians who may encounter similar cases in the future.

Any teeth that are additional to the standard number are classified as supernumerary. These ancillary teeth can be found anywhere in the mouth.1 They are usually classified by when they appear (e.g., during primary or permanent dentition stages), where they appear in the dental arch, or by shape.2 They are found anywhere in the jaws, although some sources show that most are maxillary,3–5 and that up to 95% are found in the premaxilla.6 The morphology of supernumerary teeth can range from a normal appearance to more rudimentary shapes that are conical or tubercular. Proper diagnosis of a supernumerary tooth usually requires thorough clinical and radiographic examination.7 They are typically removed because they have high rates of impaction, which can lead to future complications, including delayed tooth eruption, tooth retention, diastema formation, and increased likelihood of cyst development.8–11

Lubinsky and Kantaputra15 found supernumerary teeth to be strongly associated with eight Mendelian genetic disorders, which are those caused by mutation of a single gene.16 Of these, cleidocranial dysplasia may be most relevant to dentistry due to the many associated dental anomalies, such as retained supernumerary teeth causing delayed or absent root resorption, delayed eruption of the permanent teeth, and increased likelihood of dentigerous cysts, small palate, and malocclusion.17 Other syndromes associated with supernumerary teeth include Gardner syndrome, Ehler-Danlos syndrome, Ellis-van Crevald syndrome, Fabry-Anderson syndrome, Tricho-Rhino-Phalangeal syndrome, and syndromes linked to craniosynostosis.2,14,18,19

Another possibility investigated was that the mass could be a tooth root, either an additional second molar root or a migrated root fragment from a previously extracted third molar. On radiographs, the patient’s sample was clearly visible and possessed what may have been a periodontal ligament space, which is consistent with a root. Extra roots on lower second molars are uncommon in European populations, but reports show a 40% incidence of extra second molar roots in Chinese populations,20 and de Pablo et al21 showed that a third mandibular molar root can be a common variant in indigenous populations as well.

The normal root anatomy of mandibular second molars is similar to the first, with each having one mesial root and one distal. However, extra roots on molar teeth are often undetected on conventional radiographs because of superimposition or because the structure is very narrow.20 This may lead to underreporting of many root variants in the literature. In a study of 149 mandibular second molars, Manning22 found that the majority (76%) presented with the common mesial and distal roots, 22% had only one root, and 2% had three roots.

Few published reports on retained or migrated root tips exist, likely due to the sensitivity of the topic. However, in follow-up reports after third molar coronectomies, Monaco et al23 showed postoperative migration of the roots up to 4 to 5 mm in 80% of cases. This migration is interesting because movement, or eruption, of teeth is primarily driven by the development of the roots.24 However, Patel et al24 suggest that coronectomies may stimulate the periodontium and formation of cementum, thus triggering root migration. Further, histologic evaluation of these retained root fragments showed a vital pulp and no acute or chronic inflammatory infiltrate.24 These root fragments, isolated from the oral cavity and surrounded by bone, can remain asymptomatic in most cases.

The sample presented in this case report met several of the above criteria of a retained root in that there was no apparent inflammation, it remained isolated from the oral cavity until the adjacent tooth was extracted, and it was surrounded by bone.

Early work by Howard25 lists an odontoma as a subcategory of supernumerary dentition, although this is not widely accepted today. Rather, odontomas are classified as tumors that generally stop growing once they become fully mineralized — a clinical behavior that varies from many other tumors.26

There are two main categories of odontomas: compound and complex. The compound forms can possess masses of miniature teeth, or radiopaque masses of small, calcified structures, while the complex presentations are a homogenous mass of disorganized dentin and enamel.27 The complex form of odontomas seems to be more prevalent than compound, with most complex forms occurring asymptomatically in the posterior mandible.27 Some reports claim that, from a clinical standpoint, it is unnecessary to distinguish between the two types of odontomas, presumably because treatment for both types is the same: surgical removal.28 Odontomas often cause resorption in the adjacent tooth and may therefore cause oral health problems, even in patients who are asymptomatic.29

In 2014, Gedik and Muftuoglu30 reviewed the literature on odontomas and concluded they typically appear after the first two decades of life, are generally small in size, and, in contrast to the work above, found they occur most often in the anterior maxilla. Others report that odontomas are usually radiopaque and are surrounded by a thin, radiolucent zone corresponding to the follicular zone of a normal tooth.31 Unlike additional tooth roots, they are commonly found on routine radiographs, and though they can be removed with simple surgical techniques, patients who are asymptomatic may decline this option. The case illustrated in this article satisfied most of these common descriptions, and further presented without swelling or known discomfort to the patient.

Upon uneventful extraction of tooth #31, the entity in question was noted partially exposed in the area of the distal root socket (Figure 2). Due to its relatively small size, and the fact it was now exposed (potentially to the oral cavity), the mass was removed quite easily in its entirety (Figure 4). The structure was round and smooth, and was not consistent with bone or supernumerary teeth. However, neither a tooth root structure nor an odontoma could be ruled out.

To provide additional information, the sample was serially dehydrated, embedded in acrylic, and thin-sectioned to expose the internal histology. It was then gold sputter-coated, mounted on slides and evaluated via SEM imaging. The images revealed a mass with a small, irregular hollow core surrounded by hard tissue, whose structure was largely disorganized and highly variable (Figure 5). Some sampled regions had features similar to the malformed dentin tubules reported elsewhere.32 However, no SEM images had characteristics that could conclusively identify the sample as being composed of enamel, dentin or cementum.

Based on the absence of a smooth, organized root morphology, and no regular openings of dentinal tubules, the authors confirmed the mass was not a supernumerary tooth. Because thin-sectioning and imaging did not reveal a vital pulp or clear pulp chamber, it was also concluded that it was not a piece of dissociated root. The anatomical location and morphological and histological properties of the sample were most consistent with a compound odontoma, as it was an asymptomatic, amorphous, radiopaque mass of disorganized hard tissue that developed in the posterior mandible. In addition, it bore no morphological resemblance to a tooth.33,34

However, its etiology was somewhat unique from prior reports in that it was not detected before age 30, and it did not appear to be associated with a specific syndrome. This could be because odontomas are also associated with environmental or genetic causes, including early life trauma to the primary dentition, genetic mutations, or familial ancestry.27 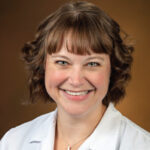 Gina Marie Agostini-Walesch, PhD, is a research methodologist with a specialized focus on large-scale projects in health and biology. She serves as a clinical research coordinator at Midwestern University College of Dental Medicine in Glendale, and also as a section officer for the Arizona chapter of the American Association for Dental, Oral, and Craniofacial Research.