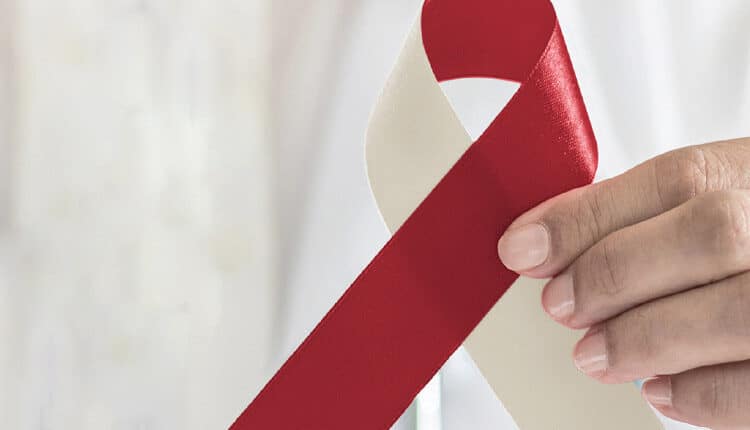 A summary of recently published data from the landmark OraRad study, which seeks to facilitate evidence-based dental management of this patient cohort.

This course was published in the September 2022 issue and expires September 2025. The authors have no commercial conflicts of interest to disclose. This 2 credit hour self-study activity is electronically mediated.

Radiation therapy (RT) is often used for treating head and neck cancers (HNC), including cancers in the oral cavity, oropharynx, larynx, hypopharynx and salivary glands. The course of RT for such cases usually involves daily fractions of about 2 Gray (Gy), given five days per week for five to seven weeks, for a total dose of about 50 to 70 Gy (5000–7000 cGy). This treatment results in several short-term and long-term side effects in the mouth. The short-term side effects can include oral mucositis, reduced salivary flow, candidiasis and taste changes. The long-term effects may include reduced salivary flow, increased risk for dental caries, periodontal disease, tooth loss, osteoradionecrosis and trismus (Figure 1).

OraRad was a prospective multicenter observational cohort study of 572 patients undergoing RT for HNC.1 This is the largest prospective study on oral complications after RT for HNC. Participants were evaluated for the study prior to the start of RT (but after completion of clinical pre-RT dental management), and then every six months until two years after RT. A number of baseline factors and outcomes were measured by calibrated examiners to help document adverse dental outcomes and identify risk factors.2,3

Of the 572 patients with HNC enrolled in OraRad, 77% were male and the mean age was 58.3 years. Among these subjects, 83% were white, 8% were African American, and 5% were Hispanic. Additionally, 52% were former smokers and 5% were current smokers. Alcohol users made of 67% of the subject pool, and 64% of the patients reported having dental insurance.

Squamous cell carcinoma had been diagnosed in 82% of patients, salivary gland cancer in 12%, and other types of cancer in the rest. The primary tumor site was the oropharynx (affecting 47% of subjects), oral cavity in 15%, salivary gland in 10%, larynx/hypopharynx in 7%, and other in the rest. Therapeutically, 94% received intensity-modulated RT, and 5% received proton therapy. The mean dose of RT to the mandible was 36 Gy, while the maximum dose to the mandible was 64 Gy. The mean dose of RT to the parotid gland was 35 Gy on the side of RT delivery, and 19 Gy on the contralateral side (in cases of RT to one side only). Maximum doses of RT to the parotid glands were approximately 55 Gy. Additionally, 59% of patients had surgery for the HNC, and 68% received chemotherapy.

The following sections summarize some of the recently published findings of the OraRad study and their implications for dental management of this patient population.

Patient-reported changes in dry mouth, sticky saliva, swallowing, and mouth opening were significantly worsened at six months after RT compared to pre-RT assessments. These quality-of-life assessments were significantly associated with the measured changes in salivary flow. Many quality-of-life indicators demonstrated a partial recovery at 18 months after RT, but were still much worsened compared to pre-RT assessments.

These findings demonstrate there is still a highly significant and persistent reduction in salivary flow and oral health-related quality of life after RT for HNC, even with modern modalities of RT. This places these patients at increased risk for other oral complications, including the conditions described below.

One of the novel findings of this study was that RT led to a striking increase in gingival recession — and in a dose-dependent manner. The mean distance from the cementoenamel junction to the gingival margin decreased by an impressive 74% during the two-year study period. Greater gingival recession was associated with increased caries on the facial/buccal surfaces.5 These findings help explain the increased risk for cervical caries seen in this population.

These findings indicate that dental providers can expect patients to have significant gingival recession after RT for HNC. This should be taken into consideration during pre- and post-RT dental treatment planning.

There was a modest increase in dental caries within the first two years after RT. The mean score for decayed, missing and filled surfaces (DMFS) was 47.6 at baseline (pre-RT), which increased to 51.9 at the 24-month visit. The increase in DMFS score was significantly smaller for patients compliant with daily prescription-strength topical fluoride use and oral hygiene practices, patients with dental insurance, and those with more than a high school education.6

These findings indicate it is vital to put these patients on prescription-strength topical fluoride and strongly reinforce the importance of maintaining oral hygiene. Greater access to dental care and education can also contribute to reducing the caries burden in this population.

Tooth loss was defined as a tooth being lost from the mouth or being declared as having hopeless prognosis. Despite comprehensive pre-RT dental management, 17.8% of study patients had a tooth loss event within two years of treatment (95% CI 14.3% to 21.3%). Risk factors for tooth loss within two years included fewer teeth or unrestored caries at the start of RT, greater reduction in salivary flow, and non-compliance with oral hygiene practices.7

Patients with unrestored caries at the start of RT were twice as likely to lose a tooth in the following two years compared to patients without active caries at baseline. This indicates the importance of restoring active caries as soon as feasible. Logistical issues can make this challenging prior to RT, as the RT usually needs to be started as soon as possible to achieve optimal tumor control.

This suggest that patients with these risk factors should be managed more aggressively during the pre-RT dental management. It should be noted that post-RT dental extractions in areas that have received high doses of RT (usually defined as more than 50 Gy) pose an increased risk for osteoradionecrosis, as discussed below.

Exposed intraoral bone was diagnosed in 35 of the 572 patients (6.1%) in the two years after RT. Exposed bone occurred more often in the mandible (76% of episodes). The mean RT dose to the area of exposed bone was approximately 55 Gy. A diagnosis of osteoradionecrosis was confirmed in 18 patients (3.1%). Of the 35 patients with exposed bone, 24 had a history of a tooth loss event (i.e., a tooth extracted or declared hopeless) at or adjacent to the site of exposed bone, either shortly before or after RT. In the other 11 patients, there was no such specific event preceding the exposed bone (nonsurgical spontaneous exposure).8

These findings confirm that osteoradionecrosis is mainly a concern with RT doses > 50 Gy and that dental extractions are a risk factor for exposed bone, but also demonstrate that it can occur without such an event. They likewise reinforce the importance of allowing adequate healing between pre-RT dental extractions and the start of RT (a period of at least two weeks is usually recommended). Another risk factor for exposed bone was current tobacco use, suggesting an increased level of vigilance in such patients.

The following clinical recommendations are based on the findings of the OraRad study and on other research in the field.9,10

Patients referred for dental evaluation and management prior to HNC RT:

Patients who have received RT for HNC: 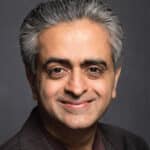 Rajesh V. Lalla, DDS, PhD, is a professor of oral medicine and the associate dean for research at the University of Connecticut School of Dental Medicine in Farmington. He can be reached at [email protected]. 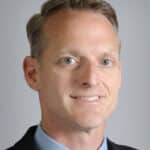 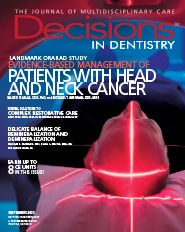