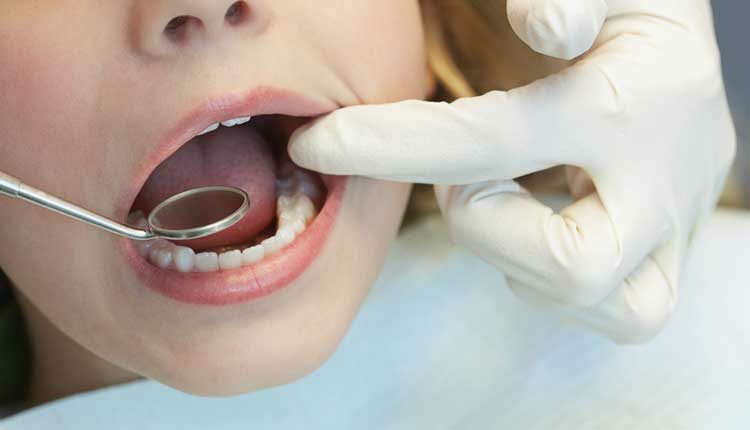 Ectopic eruption of a first permanent molar reflects an abnormal mesioangular eruption path, resulting in root resorption of the adjacent second primary molar.1 This developmental disturbance has been most frequently reported in the maxillary molars and canines.2 The prevalence of ectopically erupting first permanent molars is approximately 3%, with little difference in the involvement of the quadrant. However, it has been suggested it occurs more frequently in the maxillary dental arch.3 The exact etiology is poorly recognized and has been associated with factors such as heredity, abnormal size of the first permanent molars, insufficient arch size, and abnormal angulation of the path of eruption.4–6

The literature classifies ectopic eruption of permanent molars as reversible or irreversible. In the reversible type, the ectopic molar spontaneously self-corrects. Additionally, the literature suggests that two-thirds of ectopically erupting permanent molars are reversible.2 In the irreversible type, if interceptive treatment is not provided in a timely manner, the molar remains impacted under the distal surface of the adjacent second primary molar, resulting in premature exfoliation of the latter and subsequent space loss for the eruption of the second bicuspid.2,7 In this clinical scenario, treatment to correct the ectopic eruption becomes costly and complex; such cases will also require more time to solve. Factors negatively associated with irreversible ectopic eruption have been reported that may require early intervention, including increased magnitude of impaction, increased resorption of the primary tooth, and bilateral involvement of the first permanent molar.8

An intraoral photograph and a bitewing radiograph taken postoperatively revealed disengagement of the mesial aspect of the permanent maxillary right first molar (Figures 4A and 4B). The elastomeric separator on the left side was replaced and the patient was followed up at two-week intervals. After three months of follow-up — including the replacement of the elastomeric separator on the left side at two-week intervals — clinical and radiographic examination showed complete correction of the ectopically erupting permanent maxillary first molars (Figure 5 and Figure 6). No further treatment was advised, as the permanent maxillary first molars were erupting into occlusion.

Ectopic eruption of the first permanent molar is a painless condition that frequently causes resorption of the adjacent second primary molar. As has been reported in previous studies, this case showed an increased magnitude of impaction, increased resorption of the primary maxillary second molars, and bilateral involvement of the permanent maxillary first molars requiring early intervention. Furthermore, according to previous studies, the majority of reversible ectopic eruption cases that self-correct occur by age 7.2,7,10 Based on this information, the current case was considered an irreversible ectopic eruption, and a decision was made to initiate interceptive intervention.

In a retrospective study involving the radiographs of 509 children, a higher frequency of ectopic eruption and an increased magnitude of impaction were observed on the right side of the arch.2 The authors measured the magnitude of permanent molar impaction by drawing a tangent line to the distal wall of the second primary molar perpendicular to its occlusal plane. The distance of the maximum mesial convexity of the first permanent molar was measured from the extension of the distal plane toward the apical region of the second primary molar. Based on this proposed method (and as previously noted), the magnitude of impaction of the permanent maxillary right first molar in the current case was 8.6 mm, and 3.1 mm for the permanent maxillary left first molar (Figure 2). Therefore, in accordance with the aforementioned retrospective study, the magnitude of impaction was higher on the right side and therefore required additional intervention involving disking of the adjacent second primary molar. The distal surface disking of the primary maxillary right second molar resulted in insignificant loss of arch length due to the utilization of leeway space.11,12 Similar to the current case, Duncan and Ashrafi13 reported a case of an ectopically erupting first permanent mandibular molar which was corrected within six months by reducing the distal surface of the primary mandibular second molars.

For cases with more severe impactions, orthodontic appliances are often proposed in the literature.3,14–16 Orthodontic appliances require laboratory time for fabrication, as well as patient cooperation and extended chairtime; in some cases, treatment can become expensive and complicated. Conversely, the disking method appears to be an underutilized treatment for correction of impacted molars. In this case report, the bilateral ectopic eruption of the maxillary molars was corrected in three months without additional cost, demonstrating that it was a time- and cost-effective treatment. Additionally, it was determined that the use of the elastomeric separator and disking of the primary maxillary right second molar allowed for the permanent maxillary first molar to change its ectopic mesial angulation to a more optimal upright position, with minimal loss of arch length. This improved chances for the permanent molar to erupt into a Class I or an end-to-end molar relationship. In this case, a Class I molar relationship was obtained on the left side, while an end-to-end molar relationship was observed on the right side. Considering the leeway space in the mandible, it was expected the mesial shift of the permanent mandibular right molar will allow a Class I molar relationship later.12

This case highlights the importance of preventing premature exfoliation of second primary molar, resulting in additional loss of arch length. The literature indicates that many patients with ectopic eruption of permanent molars require further orthodontic treatment due to a crowded permanent dentition.13,17–19 In this case, the patient was referred for further orthodontic evaluation to avoid a more complex orthodontic treatment if needed in the future.

When the benefits of early treatment are weighed against the consequences of untreated cases of ectopic eruption, it is suggested that treatment should be initiated as soon as the condition is diagnosed so as to allow a normal eruption pathway and prevent detrimental effects on a developing occlusion. Additionally, based on the findings of the current case report, it could be concluded that an ectopically erupting permanent molar with a magnitude ≤ 3.1 mm can benefit from interproximal wedging using an elastomeric separator; and, in cases with a larger magnitude of impaction, a combination of interproximal wedging with an elastomeric separator and disking of the primary maxillary second molar to allow eruption of the permanent maxillary first molars. More research — including a large sample size — is required to evaluate the effectiveness of various treatment modalities based on the magnitude of impaction.

The authors thank Jorge Alonso Caceda and Gerald Guzy, DDS, for their time and assistance in reviewing this manuscript. 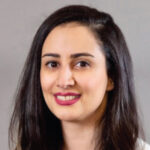 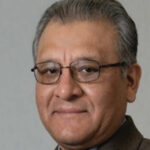