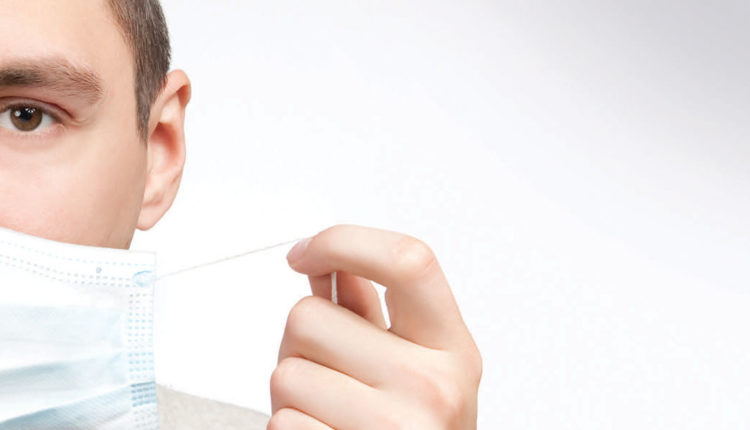 Emerging infectious diseases and the re-emergence of once-common diseases, such as measles, are serious concerns in the dental setting, as each poses risk to clinicians and patients. The World Health Organization describes an emerging disease as one that has appeared in a population for the first time, or that may have existed previously, but is rapidly increasing in incidence or geographic range.1 The U.S. Centers for Disease Control and Prevention (CDC) defines it as an infectious disease whose incidence in humans has increased in the past two decades, or threatens to in the near future.2 Infectious disease outbreaks that spread across wide regions — often referred to as pandemics — have the potential to devastate populations and carry major socioeconomic impacts.1 Emerging infectious diseases and pandemics are not a modern day phenomenon. Deoxyribonucleic acid (or DNA) sampling from bones and teeth of ancient human remains shows evidence of the bacteria Yersinia pestis, which causes plague, dating back to at least 5000 BCE.3 This organism continues to be responsible for plague outbreaks that flare up in economically challenged communities.3 Some of the earliest recorded plagues include the Athens plague around 430 BCE, and the Cyprian plague around 250 BCE.3 Black Death and other epidemics in Europe during the 14th through the 18th centuries killed an estimated 60% of the continent’s population.3,4

The majority of human infectious diseases and pandemics originated through cross-species transmission from animals to humans (zoonosis).5 The spread of a zoonosis will be limited as long as it can only spread from animals to humans. When pandemics or epidemics related to zoonosis occur, the pathogens responsible for these diseases go through a transformation that will allow them to not only transmit from animals to humans, but subsequently from human to human. Once this occurs, a disease can cause widespread illness because humans will have limited or no immunity.5

An example of a recent emerging disease pandemic is severe acute respiratory syndrome (SARS). The SARS outbreak of 2003 spread rapidly from Asia to more than two dozen countries, causing illness in an estimated 8098 people, 774 of whom died.6 This is a respiratory illness that begins with a high fever, headache, body aches and general discomfort. A small percentage of those infected also experience diarrhea. Over the next two to seven days, a dry cough may develop, with most patients developing pneumonia. It is believed that SARS is spread though droplets — produced when an infected person coughs or sneezes — spreading through the air to deposit on the mucous membranes of nearby people, or deposit on surfaces that are later touched by someone who then touches their mucous membranes.6

The estimated cost of SARS to Canada and Asian countries was $50 billion USD.1 No cases of SARS have been identified since 2004, but it remains a striking example of how rapidly a new disease can spread globally.

Annual influenza outbreaks have a significant impact on the health of the public worldwide, with an estimated 3 million to 5 million cases and more than 300,000 deaths each year.7 Individuals may be susceptible to influenza each year because small genetic changes in the virus, called antigenic drift, occur regularly. Over time, the viruses differ enough that the body’s immune system no longer recognizes them.8 A more major change that can arise in subtype A influenza virus is called antigenic shift, in which an abrupt and major change occurs in the virus. The virus will emerge from an animal population (e.g., birds or swine), and, as a result of antigenic shift, be capable of infecting humans. Because humans will lack immunity to this new virus, it will spread quickly and result in pandemic influenza.8

One of the most notable influenza pandemics occurred in 1918–1919 at the end of World War I, resulting in an estimated 50 million to 100 million deaths. Prior pandemics had occurred along trade routes, and were usually geographically contained.9 The scope of this pandemic is difficult to comprehend. When this pandemic influenza arose in 1918 there was mobilization of military and civilian personnel for the war effort, and poor conditions in the war trenches facilitated disease transmission.9 Additionally, news agencies were discouraged from reporting the emerging public health threat, and were encouraged to limit stories to those that would boost morale.10 This led to underestimation of the risk, which, in turn, limited preventive efforts.

The 1918–1919 influenza pandemic infected approximately one-third of the world’s population, with a case fatality rate of greater than 2.5% — more than 25 times higher than any other pandemic. The life expectancy rate in the United States dropped by about 12 years due to widespread death among young people.11 Three other influenza pandemics have occurred since 1919: in 1957, 1968 and 2009 — all were caused by descendants of the 1918 virus strain.9

Because of antigenic drift in seasonal influenza it is necessary for new vaccines to be developed each year. Yet despite the wide availability of influenza vaccines, fewer than 50% of individuals in the United States were vaccinated in 2018.12

Measles is a highly contagious viral respiratory illness. Symptoms include high fever, cough, swelling of nasal mucous membranes, and rash. This is a serious illness with risk of complications, and accounts for approximately 90,000 deaths each year worldwide.13 Complications may include pneumonia, bronchitis, ear infections, diarrhea and encephalitis, which often results in permanent brain damage. People infected with measles will be contagious from four days before until four days after the rash appears.13

In 2000, officials declared that measles had been eliminated in the United States, yet anywhere from 37 to 667 cases continued to be reported each year, with the (previous) highest number in 2014, when 667 U.S. cases were recorded. The number has since spiked, with 971 U.S. cases reported in the first five months of 2019 alone.14 The CDC strongly encourages unvaccinated individuals to be immunized, and for those uncertain about the vaccine to discuss it with their primary health care provider. Because measles is transmitted by direct contact with infectious droplets and by airborne spread when an infected person breathes, coughs or sneezes, it is one of the most contagious of all infectious diseases. As many as nine out of 10 susceptible people exposed to measles will develop the infection.13 Due to the highly contagious nature of measles and the ability of an infected person to transmit the disease before developing symptoms, screening questions for patients should include travel to areas where there is widespread measles, exposure to someone with the measles, and symptoms, such as high fever, cough or rash.13

Ebola virus disease (EVD) was first discovered in sub-Sahara Africa in 1976 and has led to outbreaks in several African countries. It is unknown exactly where the virus comes from, but it is believed to be carried by bats, which transmit it to humans and nonhuman primates (such as monkeys and apes). The largest outbreak to date occurred in West Africa from 2014 to 2016, resulting in more than 28,000 cases and at least 11,000 deaths.15 As of June 2019, an outbreak in the Democratic Republic of Congo that began in August 2018 resulted in more than 2200 cases and more than 1500 fatalities.16

The virus spreads via direct contact with bodily fluids of a person who is sick with or died from EVD. It can also spread from contact with the blood, bodily fluids, and tissues of infected fruit bats or primates. Symptoms will appear anywhere from two to 21 days after contact and may mimic symptoms of other infections, including influenza and malaria. The symptoms include fever, severe headache, muscle pain and weakness, fatigue, diarrhea, vomiting, abdominal pain and unexplained hemorrhage; EVD can be confirmed with a laboratory blood test, but will not appear until three days after symptoms appear.15

Although considered a serious threat, EVD is an extremely rare disease in North America. During the 2013–2016 outbreak, 11 people were treated for Ebola in the United States. The first was a man who traveled from West Africa to Dallas. He became ill in Texas and was treated at a local hospital, where two health care workers who cared for him also became ill.17 While the outbreak in West Africa has ended, the one in the Democratic Republic of Congo is ongoing, and individuals who have recently traveled to that region should be referred to an appropriate health care facility if symptoms develop.

Rapid global transportation, the human/animal interface, and human susceptibility all contribute to emerging infectious diseases and re-emerging diseases. As health care providers, dental health care personnel should take steps to remain healthy, including receiving appropriate vaccinations, practicing hand hygiene, using personal protective equipment (such as gloves, masks, protective clothing and eyewear), and staying home when ill to prevent transmitting infection to coworkers and patients. In addition, some infectious disease may require measures beyond standard precautions. Transmission-based precautions, which include contact, droplet, and airborne precautions, are briefly described in Table 1. Because transmission-based precautions are difficult to achieve in a dental setting, postponing care until patients are no longer infectious is indicated in most cases.

Oral health professionals should be aware of current infectious disease risks and ask appropriate questions when patients are making appointments, confirming appointments, and at the beginning of each visit. Common queries would be whether the patient is experiencing a fever, productive cough or other symptoms. Because many infections, such as influenza, measles and chickenpox, may be contagious before symptoms arise, additional questions regarding travel to areas where there is a current outbreak, or exposure to individuals with diseases of concern, may be indicated. Taking basic precautions can help protect patients and dental teams from the cross-transmission of emerging infectious diseases.

EVE J. CUNY, BA, MS, is an associate professor in the Department of Dental Practice and director of Environmental Health and Safety at the University of the Pacific, Arthur A. Dugoni School of Dentistry in San Francisco. Cuny has presented more than 200 continuing education courses throughout North America, contributed to textbooks, conducted dental infection control research, and published articles about infection control and safety in dentistry. She can be reached at [email protected] 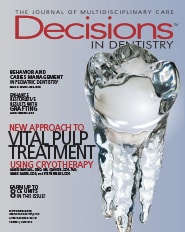