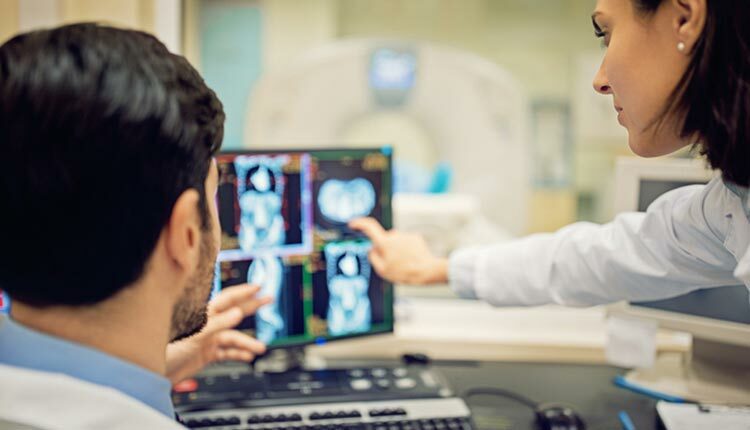 For example, despite comprehensive pre-RT dental management, 17.8% of teeth present at the start of therapy were lost within two years. Risk factors for tooth loss included fewer teeth at baseline, reduction in salivary flow during treatment, and noncompliance with recommended oral hygiene measures.

Radiation led to a striking increase in gingival recession, in a dose-dependent manner. The mean distance from the cementoenamel junction to the gingival margin decreased by 74% during the two-year study period. Greater gingival recession was associated with increased caries risk on facial/buccal surfaces — findings which explain the increased incidence of cervical caries seen in this population.

Exposed intraoral bone was diagnosed in 35 of the 572 participants (6.1%) in the two years following RT, with 76% of episodes affecting the mandible. A diagnosis of osteoradionecrosis was confirmed in 18 subjects (3.1%). Risk factors for exposed bone included pre-RT dental extractions, higher RT dose, and current tobacco use.

Not surprisingly, there was a modest increase in caries within the first two years following RT. The mean score for decayed, missing and filled surfaces was 47.6 pre-RT, which increased to 51.9 at the 24-month follow-up visit.

Noting that further study is needed, OraRad researchers are optimistic these findings will lead to new therapeutic approaches for patients who typically undergo RT for head and neck cancers.