Study Examines Why Wounds Heal Faster in the Mouth 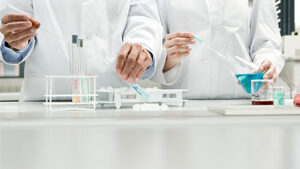 Key regulators of gene activity — proteins known as SOX2, PITX1, PITX2 and PAX9 — work overtime in the mouth to heal wounds, curbing inflammation that can lead to scarring and turn on molecular programs involved in cell movement and wound closure, say researchers from the University of California, San Diego and the National Institutes of Health in Bethesda, Maryland.

The study, “Transcriptional signature primes human mucosa for rapid wound healing,” published in the journal Science Translational Medicine, examines the differences in wound healing in the mouth and other locations on the body.

Making small wounds in both the mouths and the inner upper arms of 30 volunteers, investigators report the mouth wounds healed about three times as fast as the wounds made in the arm skin (about 0.3 millimeters a day in the mouth compared with less than 0.1 millimeter a day on the arm). Reducing amounts of PITX1 and SOX2 in mouth keratinocytes grown in lab dishes altered the activity of genes involved cell movement; and increasing SOX2 levels in the skin of mice shortened healing time from about nine days to about three, according to the study.

The findings may lead to new therapies to heal skin sores without scarring.