The human microbiome is the sum total of the microorganisms that we carry on and in our bodies. Until recently, this mass was called microflora — but we now understand that term represents only plants, when, in fact, the microbiome contains bacteria, fungi and archaea. (The latter was once lumped in with bacteria, but, as scientific knowledge has evolved, their classification has changed.) By even the most conservative estimates, the number of these microorganisms far exceeds the number of cells in the human body — in fact, estimates of three to 10 times greater have been suggested.

The advances that allowed DNA sequencing have led to the identification of the majority of these organisms. The initial results of DNA sequencing were published in 2012 by a group led by National Institutes of Health Director Francis S. Collins, MD, PhD, (of Human Genome Project fame). Microbial specimens were taken from 242 clinically healthy volunteers, who donated more than 5000 samples. Collection sites included the upper respiratory tract (nose), oral cavity, skin and vaginal area. The largest variety of organisms was found in samples from the oral cavity and vaginal region.

These organisms can be harmless (commensal), helpful (mutualistic) or harmful (pathogenic). Examples of commensal microorganisms include amoeba that scavenge food particles around dentition without causing disease. Mutualistic organisms include Eschericia coli, Streptococcus and Bacteroides strains that contribute to the digestive system’s normal functioning. Examples of negative interaction with the microbiome include organisms responsible for dental caries and inflammatory periodontal disease.

While in utero, we are in a sterile environment, yet we are introduced to a host of new microorganisms during and following birth. These organisms are critical to the immune system’s development. This has been demonstrated by the fact that germ-free animals have lower resistance to infection than those with normal microbiomes.

Problems often arise when there is a change in the dynamic equilibrium between host and microorganisms. For example, Streptococcus pyogenes is considered to be a routine component of the upper respiratory tract. Under certain circumstances, however, some strains can overgrow, leading to tonsillitis or strep throat. Under more egregious circumstances, some forms of Streptococcus can enter the bloodstream, causing subacute bacterial endocarditis. This shift away from health and toward disease can also result in sepsis, pneumonia and other life-threatening diseases.

Our understanding of the microbiome is expanding rapidly as a result of new technologies for identifying these organisms and their role in human health. The same techniques used for bacterial identification in other fields have also been used to identify microbes within the oral cavity. These findings have significantly changed our thinking about the mouth’s microbial makeup, as well as which organisms play a role in the etiology of dental disease. Once we identify these organisms and understand their complex interactions, we can develop therapies to stop or slow the pathogens while promoting mutualistic species. All told, these developments bode well for the future of oral health care. 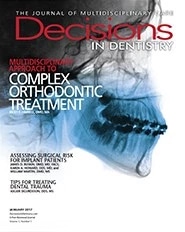