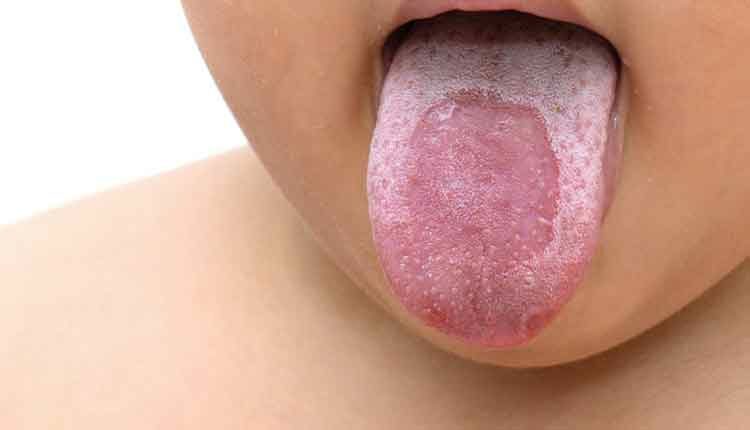 Dental professionals should be aware of the etiology and pathogenesis, treatment, and oral health considerations for this pathosis.

Geographic tongue (GT) is a benign oral mucosal lesion that usually affects the dorsal and lateral surfaces of the tongue.1 This condition was first described by Rayer2 in 1831 as a wandering rash of the tongue, and has since been known by various names, including benign migratory glossitis, erythema migrans and annulus migrans.3 The disease is characterized by alternating activity, remission, and reactivation at various locations of the tongue. This article will review the condition’s clinical features, etiology and pathogenesis, treatment, and oral health considerations.

Affecting between 1% and 3% of the population, GT occurs more frequently in women than men. All age groups can be affected; however, GT tends to occur more often in adults than children. Racial and ethnic predilection have not been reported for this condition.3–5 While the etiology for GT is unknown, a number of etiological factors have been suggested. A hereditary tendency had been reported in previous studies investigating siblings of a parent affected by GT, while a more recent study of 5-year-old monozygotic twins with GT supported a genetic etiology.6–8

This condition has also been associated with systemic diseases, including atopy, allergy, asthma, stress, eczema, psoriasis, hormonal changes, vitamin deficiencies, and syndromes such as Reiter syndrome and Down syndrome. Another study showed that 25% of patients with GT had allergy concurrently.9–11

Controversy exists concerning the association between GT and psoriasis. Studies have shown similarities between both conditions and the presence of a common genetic marker, the human leukocyte antigen (HLA) HLA-Cw6.12–16 A weak association has also been noted with HLA-B13 in both GT and psoriasis.9 However, patients without psoriasis can present with GT. Picciani et al17 conducted a review of the literature to describe the relationship between psoriasis and GT. The team concluded that GT is an oral manifestation of psoriatic disease, presenting histopathological, immunohistochemical and genetic similarities to that of plaque psoriasis. They recommended patients with psoriasis have a comprehensive intraoral and extraoral examination, and that patients with GT have skin and joint examinations.

Vitamin deficiency has been considered as a potential etiology for GT; specifically, vitamin D, B6, B12, folic acid, iron and zinc deficiencies have been suggested as contributing factors.9,17 In a study of iron, zinc and vitamin B12 levels in blood and saliva samples from patients with GT (as compared to healthy controls), Khayam­zadeh et al18 reported a positive effect when zinc sulfate was administered to improve the filiform papillae. However, the authors suggest further study is needed to investigate the use of systemic or topical zinc as a treatment for GT.

Hormonal changes have been considered as a potential etiology for GT. Oral contraceptives have been associated with GT.9 Ghalayani et al19 examined if salivary levels of estrogen and progesterone in pregnant women with or without GT were different, as increased prevalence of GT has been noted in pregnancy. This study showed no significant difference regarding the level of sex hormones between case and control groups, but other factors — including HLA marker, stress and genetic potential — could aggravate the incidence of GT.

Psychological factors, such as stress and anxiety, may play a role in the etiology of GT. Ebrahimi et al20 found an association between stress and GT, noting that reducing stress can promote lesion healing. Other studies that examined the relationship between anxiety and GT indicate that anxiety increases the risk for this condition.21,22 Some studies have indicated that GT is less common in smokers.9 This may be due to increased keratinization and decreased inflammatory cytokines, such as tumor necrosis factor-alpha, interleukin-1 (IL-1), and IL-6 by macro­phages, which occur through the activation of nicotine receptors in these cells.17

While the etiology of GT remains unknown, recent studies have revealed varying insights into the pathophysiology of this inflammatory disease. Levels of the inflammatory mediator IL-8 are increased in individuals with GT, which is thought to contribute to the acute inflammatory response.23 More specifically, higher salivary levels of IL-8 were positively correlated with the severity of GT. Neutrophils were found in subepithelial GT lesions, suggesting that IL-8 was the pro-inflammatory cytokine in the pathogenesis of this condition. However, the papillary atrophy of GT and subsequent colonization of bacterial and fungal organisms might also contribute to the neutrophil recruitment.23 Another possible role of IL-8 in GT is the involvement of IL-8 in angiogenesis, the process by which new blood vessels form to facilitate healing.23,24

An investigation by Garsjo et al25 demonstrated that salivary calprotectin may be involved in the pathogenesis of GT. In this study, increased calprotectin levels were significantly and positively correlated with the number of lesions on the tongue and increased levels of salivary IL-8.

Discussions regarding genetic implications in the pathophysiology of GT have also been explored. A mutation in the IL36RN gene was detected in a three-generational family with GT.26 This mutation is carried in an autosomal dominant inheritance pattern with incomplete penetrance, meaning that everyone who carries the genetic mutation may not necessarily display the phenotypic characteristics of this disease. Biopsies of GT in individuals demonstrated neu­tro­phil infiltration in the epidermis when compared to controls. Patients who manifested with GT without the IL36RN mutations demonstrated a decreased expression ratio of IL-36Ra and IL-36y proteins in the lingual tissue, suggesting that other factors may be associated with this condition.26

Clinically, GT lesions present as multiple, well demarcated areas of erythema, surrounded by a white, serpiginous, hyperkeratotic elevated border. There is atrophy of the filiform papillae.4 The characteristic pattern reported by patients is spontaneous resolution of the lesion in one area, with return of normal tongue architecture — followed by another lesion appearing in a different location on the tongue. This pattern of resolution and recurrence to a new location is what led to the migratory name. Lesions may change in terms of location, pattern and size, and also occur on other mucosal surfaces, including the floor of the mouth and buccal mucosa.4,27 Lesions can last up to two weeks.

While GT is usually painless, some patients have complained of discomfort associated with eating acidic or spicy foods. Other symptoms include a burning sensation, taste impairment and tongue pain. An investigation into presentation patterns in 21 cases noted that in addition to the classic presentation of GT, five subjects reported itchy tongue, six had painful and burning sensations, and five presented with a fissured tongue.28 Ching et al29 assessed the frequency of geographic and fissured tongue in a retrospective study of 161 patients with burning mouth syndrome, as compared to 87 subjects with temporomandibular joint dysfunction used as a control. The findings revealed that 26.7% of the subjects were diagnosed with geographic and fissured tongue, as compared to the control group.

In 2020, Picciani et al31 published a severity index for GT based on a retrospective sample of 100 participants and 500 images of GT that were evaluated by researchers experienced in both GT and psoriasis. Based on the analysis, GT was classified as mild, moderate or severe. The geographic tongue area and severity index (Figure 1) offers a way to characterize GT in a reliable manner, with three main characteristics of the lesion evaluated: erythema, white halo, and presence of fissured tongue. Each of these characteristics is scored, and the total severity index ranges from 0 (the absence of GT lesions) to 54 (maximum severity).31

Based on the clinical appearance and history, GT is usually diagnostic. In equivocal cases, a differential diagnosis might include candidiasis, lichen planus, contact stomatitis, chemical burns, Reiter syndrome, anemia, and squamous cell carcinoma.3–5

In most cases, GT is asymptomatic, and, because it is a benign condition, it does not require treatment. For symptomatic cases, use of topical corticosteroids, antihistamines, cyclosporine and vitamin A may provide some relief. Triggers that can intensify GT symptoms include alcohol, hot, spicy or sour foods, and acidic fruits or beverages.3 However, according to a 2018 systematic review, specific recommendations are not available on how to effectively reduce GT symptoms.32

That noted, a study by Aung-Din et al33 evaluated the effectiveness of a tac­rolimus swish-and-spit treatment two times a day to treat GT symptoms. According to the study, this technique has been shown to be successful in managing oral lichen planus symptoms. The results showed that after using the solution twice daily, 70% of patients reported improvement of their GT symptoms. The authors concluded the tacrolimus swish-and-spit solution is low cost, easy to use, and may be beneficial in treating symptoms associated with GT.

The prognosis for GT is generally good because the condition is usually benign and asymptomatic.3 Most patients who present with GT may only have symptoms temporarily and may know what to avoid to prevent burning sensations.

The following case describes a 37-year-old woman in her second trimester of pregnancy with symptoms of GT. This patient presented with lesions on her tongue that appeared as smooth patches of missing filiform papillae, surrounded by white, curved and slightly raised borders on the dorsal and lateral surfaces. She reported this appearance had varied throughout her pregnancy — sometimes becoming more severe before transitioning to a milder state. The lesions were accompanied by burning sensations on occasion, but presently she was asymptomatic. The patient stated that her tongue had a similar appearance during a previous pregnancy and did not return to normal until she was postpartum (Figure 2).

For many cases of GT, an integrated approach to diagnosis and management is important. The symptoms and severity of GT vary, and co-occurring systemic diseases, periods of remission and exacerbation, vitamin deficiencies, hormonal changes, stress and anxiety may further complicate diagnosis and treatment.

Communication and collaboration with other healthcare pro­viders are needed to ensure patient-centered care. For example, individuals presenting with GT should also be evaluated for signs of psoriasis and provided with appropriate referrals, as warranted.

As oral health professionals, recommending stress management programs and initiating mental health referrals might be indicated for patients with GT. Similarly, a referral to an allergist or registered dietitian may be appropriate depending on suspected etiology. Communication with these practitioners and the patient is vital to treat GT symptoms. Multidisciplinary collaboration provides an opportunity to create positive health outcomes for individuals with GT. 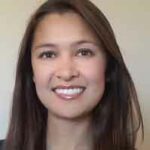 Cassandra Penning, RDH, BS, is a dental hygienist practicing in Sheridan, Wyoming. She is also a graduate dental hygiene student at Idaho State University (ISU) in Pocatello, and can be reached at [email protected]. 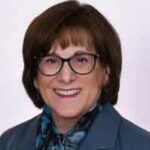 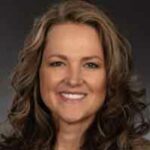 Leciel Bono, RDH-ER, MS, is an assistant professor and graduate program director in the Department of Dental Hygiene at ISU. She also serves as the president elect for the special interest group on graduate dental hygiene education for the American Dental Education Association.

How Digital Technology Can Mitigate Stress and Burnout 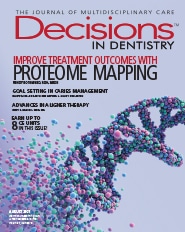