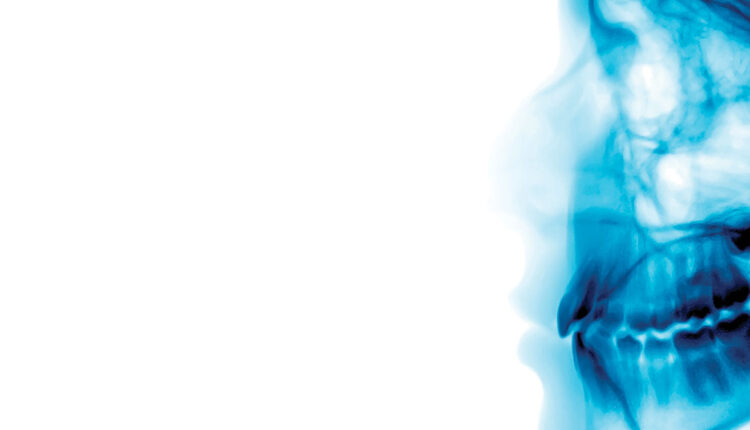 The Problem With Bruxism

Clenching while awake or asleep is a predictor of temporomandibular disorder, and a causative factor in its persistence.

Part 1 of a two-part series: The first article in this two-part series explores how terminology related to grinding and clenching can lead to misunderstandings in clinical practice. Appearing in a future issue, Part 2 will focus on the consequences of persistent temporomandibular disorders on the central nervous system.

The first installment of this two-part series will attempt to clarify the misunderstandings that arise when the word bruxism is used, because different authors define bruxism in different ways. The common oral parafunctions of grinding and clenching are sufficient to describe the consequences that result from their actions. Tooth clenching activity is most important in studies of non-temporomandibular disorder (TMD) subjects, as well as acute and chronic TMD patients. Scheduled for a future issue, the concluding installment of this series will discuss the consequences of persistent TMD on the central nervous system, and explore the concept that tooth clenching during sleep may have both beneficial and harmful consequences.

Tooth clenching requires little or no jaw movement, is considered to be a static tooth-together jaw position in maximum intercuspation or centric occlusion, and creates no significant parafunctional attrition to the dentition. In addition, when comparing tooth clenching to grinding, marked dissimilarities exist with respect to their respective pathophysiology.10,18,19 Christenson1 crystallized the issue of the disparate meanings of bruxism, noting, “This subject is highly controversial. I fully expect to stimulate discussion on differences of opinion.” Therefore, for the purpose of clarity, this paper will avoid using the term bruxism, and instead use the terms tooth clenching and tooth grinding. This clarifying teaching method is a clinical complement in the dental office and facial pain clinic, and has academic utility in the postgraduate classroom.20

Based on a systematic literature review, the authors of this paper present evidence-based research and expert opinion regarding tooth clenching that may help the practicing dentist advance the caliber of care for patients experiencing TMD.

Tooth grinding is another matter. Evidence supporting a causal relationship between tooth grinding and TMD pain is unconvincing.6,21 The presence of tooth wear facets caused by tooth grinding (parafunctional attrition) has little value as it relates to any predictive power to forecast the first onset or development of TMD.22–24 In addition, tooth wear cannot be understood to be an indicator of sleep bruxism or masseter muscle activity during sleep.25 Tooth grinding events during sleep have been shown to immediately follow a linear series of autonomic, cardiac and electroencephalography events associated with micro-arousals.26 Overall, patients who complain of TMD pain appear to grind less when compared to those who grind their teeth more often.27 Parafunctional tooth grinding has been shown to be closely associated with pediatric and adult tooth wear.28

A panel of international dental and pain experts undertook an orofacial pain prospective evaluation and risk assessment project (OPPERA) designed to characterize the etiology and the persistence of TMD pain.29 The efforts of their scientific, evidence-based enterprise resulted in the development of a dual axis assessment for research purposes termed the research diagnostic criteria for temporomandibular disorders (RDC/TMD). A recent OPPERA update of the dual axis RDC/TMD assessment, entitled the diagnostic criteria for TMD, was designed to be used by both clinicians and researchers.30 Axis I spelled out the standard diagnostic criteria based on the most common TMD clinical signs and symptoms. Axis II spelled out associated disabilities of the psychosocial and behavioral components of TMD pain, which included oral parafunctional behaviors, such as clenching. In prospective cohort studies, no single risk factor was identified as the cause of TMD. However, oral parafunctional behaviors, such as tooth clenching or maintaining a rigid jaw, were shown to be significant predictors of TMD onset and associated with the development of persistent TMD pain.24,31

Supported by RDC/TMD guidelines, a self-reporting, 21 item, validated screener entitled the oral behaviors checklist was developed to estimate the status of oral parafunctional behavior in TMD patients.32 Using a laboratory version of the checklist, and studying both TMD and non-TMD subjects, researchers demonstrated significantly higher electromyography (EMG) activity of the masseter and temporalis muscles (though not the suprahyoid muscles) during awake tooth clenching.33 Nine other non-clenching behaviors were similarly evaluated, which were shown to have significantly lower EMG activity of the temporalis and masseter muscles, including holding the jaw rigid and tenseness (Figure 1). In this study, surface EMG technique was used as an appropriate methodology for detecting muscle activity — for perspective, EMG has been widely used in both clinical and research dentistry for patients with myofascial pain in the face and jaws.34–36

Svensson and Arendt-Nielsen37 conducted a 5-day experimental tooth clenching study on a small population of awake healthy females (n = 10) who apparently had no history of tooth clenching. A once-daily trial for five consecutive days of clenching on a bite force transducer for 15 minutes at 25% of maximum voluntary contraction (MVC) failed to produce any continuing increase in pain or tenderness of the muscles of mastication. On the other hand, awake non-TMD subjects who had a history of tooth clenching were shown to be susceptible to limited periods of subsequent jaw pain.38 In addition, tooth clenching tasks showed low level increases in jaw pain and fatigue during and after two separate clenching sessions compared to a non-clenching control group.39 Moreover, this study found that even in the absence of tooth clenching, when the dental arches are fully engaged in centric occlusion, the elevator muscles of the mandible were more active compared to the physiological rest position of the mandible.39

The physiological rest position of the mandible at a free-way space or postural vertical dimension is a 2 to 4 mm separation between the occlusal surfaces of the maxillary and mandibular teeth.40 Several studies have shown that non-TMD subjects tested with the mandible at physiological rest position demonstrated an average EMG value of 3.13 millivolt (mv) for the masseter and temporalis muscles.41,42 Subsequently, Glaros and Burton43 employed a submaximal tooth clenching model using an EMG biofeedback design studying the activity of the bilateral temporalis and masseter muscles for a small population (n = 14) of non-TMD subjects. The clenching trials lasted 20 minutes for five successive days. The results showed EMG activity of 10 mv or above produced significantly higher levels of pain in all subjects compared to a 2 mv or less level of EMG activity. The authors concluded that low-level bite forces produced by tooth clenching at or above 10 mv may play a role in the development of myofascial-related TMD pain. Other EMG experiments de­signed to achieve a submaximal bite force by voluntary awake sustained tooth clenching trials have produced symptoms resembling myofascial TMD pain.44,45

Recent studies have associated wake-time tooth clenching with TMD.46,47 Self-recognition of awake tooth clenching or holding the jaw rigid were reported to be the two strongest predictors of TMD.24 In a study on the frequency of nonfunctional tooth contact, patients with TMD exhibited four times more wake-time nonfunctional static tooth contact compared to healthy control subjects.48 Huang et al49 investigated risk factors associated with subgroups of awake TMD patients compared to non-TMD controls. Their results showed a significantly high proportion of patients with TMD reported they held their teeth together or clenched during waking hours.

A low EMG level of 1 to 2 mv, which is equivalent to the physiological mandibular rest position, is unlikely to significantly activate jaw elevator muscle nociceptors, whereas the magnitude of muscle activity in patients with TMD is less important than the persistence of muscle activity when the teeth are held together.50 That is, low-level EMG activity of jaw elevator muscles with the teeth together or during clenching may persist for long periods.43

Wang et al51 utilized a chronic jaw pain model to investigate if submaximal tooth clenching could be associated with motor-evoked jaw pain for patients with chronic TMD during variable and precisely controlled submaximal tooth clenching forces. The experimental paradigm involved visually guided tooth grip static force tasks. The chronic TMD group was chosen, in part, by utilizing a screening instrument derived from an enlarged RDC-TMD assessment protocol.52 All subjects in the chronic TMD patient groups had experienced jaw pain for at least six months. In addition, when compared to controls, all subjects in the chronic TMD patient groups reported a higher frequency of parafunctional activity (i.e., tooth clenching). Bite force during tooth clenching was measured by a force transducer incorporated into a bite device with two bite plates. All subjects were placed in a supine position, with the bite plates held between the maxillary and mandibular dental arches.

The concluding installment of this series, appearing in an upcoming issue, will highlight the consequences of persistent TMD on the central nervous system. In addition, it will explore the concept that tooth clenching during sleep appears to have both beneficial and harmful consequences. Moreover, studies of low-level EMG background muscle activity offer evidence of the nature of tooth clenching during sleep, as well as the intraoral tissue formations of linea alba and scalloped tongue.

Brian D. Fuselier, DDS, practices at the Facial Pain Clinic of Central Florida Maxillofacial Surgery in Orlando, where he treats patients experiencing temporomandibular disorders (TMD), headache and sleep disordered breathing. An author and lecturer on these conditions, he can be reached at [email protected].

Wei-en Wang, MS, PhD, is a postdoctoral associate in the Laboratory for Rehabilitation Neuroscience at the University of Florida in Gainesville, where she studies pain and motor control in patients with chronic musculoskeletal pain.

Barry A. Loughner, DDS, MS, PhD, is a practicing dentist and a visiting faculty member of the University of Central Florida in Orlando. His clinical work is at the Facial Pain Clinic of Central Florida Maxillofacial Surgery, where he treats patients experiencing TMD, headache and sleep disordered breathing. He is an author and lecturer on these conditions.

Teledentistry Amid a Pandemic and Beyond 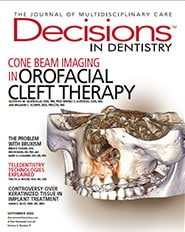