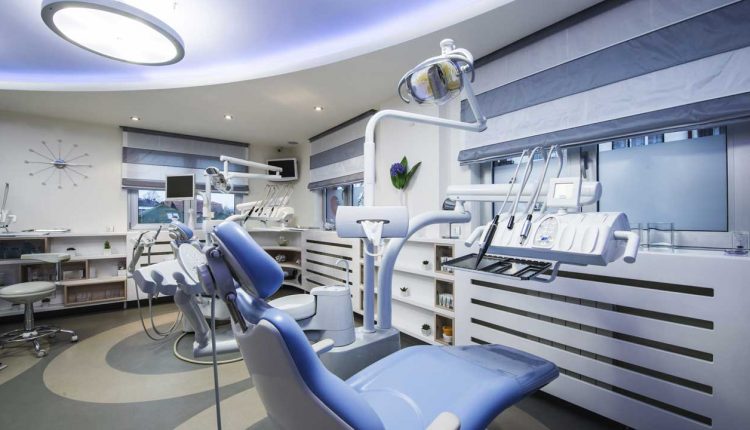 While the semantics of dental terminology may not seem highly significant, I believe that using the correct verbiage greatly impacts the practice and profession of dentistry. In this guest editorial, I make a case for using the plural term “periodontal diseases,” rather than “periodontal disease.”

Early in my dental career, it appeared as if many oral health professionals were intellectually hypnotized by the incredible successes of modern dentistry. The term “permanent” was used to characterize many treatments. This concept of permanence was not without merit because many dental procedures provided long-lasting (in some cases, lifelong) biological and functional solutions. Indeed, I have amalgam and gold restorations that have served me well for decades, some for 60 years or more.

Back then, nearly all dentists seemed to believe that treating periodontitis was a one-shot, done-for-good endeavor. Later on, as we came to know more about the biology and biochemistry of periodontitis, periodontal specialists commonly found themselves befuddled by referrers’ requests to “just do the perio and get the patient back to me ASAP.” Unfortunately, this mind-set remains common. Therefore, it is no surprise many patients believe there are straightforward, permanent solutions to every oral disease.

As we all know, this concept of permanence is more hope than fact in all areas of dentistry — and especially in the context of common forms of periodontitis. Thus, as a profession that cares about patients, we need to work to limit the problematic effects of such beliefs.

1. Periodontitis has many causes that almost always involve myriad microbial species in the context of varied host responses. When considering the many microbial, anatomical and biochemical permutations of periodontitis, the term disease can be misleading in the context of how patients — and even many practitioners — think. This is because periodontitis differs from person to person, site to site, and even from time to time in the same individual.

2. The use of the term disease is not uncommon in similar contexts, (e.g., heart disease). However, the casual use of a singular term is misleading when you consider how patients tend to envision a disease, namely, as a malady with a singular (and usually known) cause, with a fairly predictable course, straightforward and successful treatment, and a predictable end state. For example, measles, scarlet fever and many others disorders have known etiologies, similar clinical presentations and predictable courses. Periodontitis fits this continuum only in its clinical presentation; it occurs at what might be considered a weak spot in the anatomy. An anatomy that was an evolutionary compromise that provided animals hard, articulating oral structures that incise or chew, thus facilitating the digestion of food that, in turn, allowed animals to mature, reproduce and rear their offspring — but nothing more. This same observation can be made for all so-called chronic diseases of aging. In other words, evolution did not select against these maladies because they tend to occur past the age of 40.

3. Because patients can be misled by the term disease, it increases the difficulty of getting patients involved in managing periodontitis, which is almost always a chronic malady that responds best if managed daily. In reality, the use of disease may encourage fatalism. For example, the continuing casual use of the scary, generic and largely outmoded term cancer is a good example because al­though all cancers share certain dynamics, they have different clinical courses, and many cancers are now curable. Yet many laypeople don’t know this. Indeed, a relative of mine recently died from a skin cancer that’s almost always easily and successfully treated. She suffered from a fatalistic view regarding a cancer diagnosis — a fear that scared her away from timely assessment and intervention, and cost her her life.

4. Perhaps periodontitis might better be termed a syndrome instead of a disease in order to facilitate patient education and daily participation in its management.

5. If periodontitis is not to be termed periodontal syndrome or periodontal destructive syndrome,1 it might better be called periodontal diseases in contexts in which practitioners seek to maximize both the effectiveness and efficiency of professional and self management.

Is there a downside to using a different term? It seems to me there is little downside to labeling it as periodontal diseases instead of periodontal disease. Indeed, for a time, the use of the improved term periodontal diseases was common in scientific publications. Unfortunately, in recent years, this practice has largely fallen by the wayside — but there is no reason oral health professionals can’t lead the way on this matter. Some might argue that using this better term is far from important. They may be correct. But with negligible downsides, why not husband all of our resources as we seek to better manage periodontal diseases?

Michael P. Rethman, DDS, MS, is a periodontist and biomedical scientist. An adjunct associate professor at the University of Maryland and adjunct assistant professor at The Ohio State University, he sits on Decisions in Dentistry’s Editorial Advisory Board.

Engagement May Protect Against Dental Burnout

Alternative Restorative Treatment Of an Implant With Internal Thread Damage 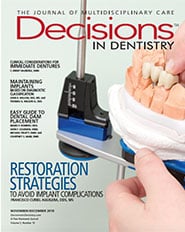