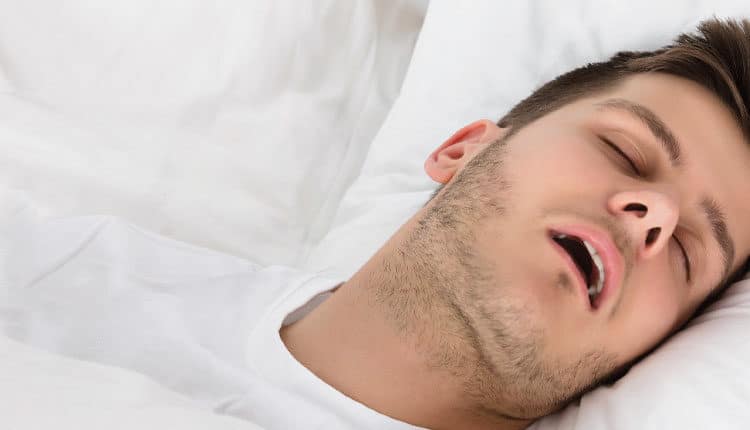 Similar to healthy individuals, patients with sleep-related breathing disorders (SRBDs), such as obstructive sleep apnea (OSA), are capable of maintaining normal breathing during wakefulness.1 During this state, upper airway collapse can be prevented due to increased pharyngeal neuromuscular tone and lowered airway resistance, as well as optimized lung volume and respiratory muscle length.1,2 During sleep, however, the respiratory system of patients with OSA behaves differently, and they may not be protected by the same neuromuscular responses to airway obstruction as healthy individuals.3,4 Among the former, airway obstruction has been determined as being caused by decreased dilator muscle tone.3,4 In such obstruction, the roles of the genioglossus and tensor palatini muscles have been closely studied.4 Research continues in all areas, and ongoing developments include a new tool for clinicians who provide dental sleep medicine that involves monitoring and analyzing mandibular movement (MM) during sleep as a means of identifying patients with SRBDs.

A key approach is to distinguish between the underlying endotypes and presented phenotypes of OSA patients.8 The term endotype is used to describe the underlying etiology of, or predisposition to, OSA, while phenotype refers to the clinical manifestations often seen in patients with OSA.8 Endotypes involve anatomical and nonanatomical factors. The anatomical endotypes of OSA encompass factors that lead to pharyngeal collapse, such as upper airway muscle dysfunction. Nonanatomical endotypes that have been found to play a role in OSA include an oversensitive ventilatory control system, low respiratory arousal threshold, and weak pharyngeal dilator muscle tone during sleep. These nonanatomical endotypes work in conjunction with existing anatomical variations, thereby amplifying or muting the clinical expression of OSA.8 Among this patient cohort, OSA phenotypes may include polysomnographic manifestations and clinical presentations, such as daytime sleepiness, disturbed sleep and insomnia.9

Non-OSA subjects engage almost exclusively in nasal breathing during sleep, and this propensity toward nasal breathing over the oral route does not change with stages of sleep.10 By contrast, OSA patients engage in oral breathing — frequently coupled with opening of the jaw — during sleep.11 Such patients exhibit more open jaw position during sleep than non-OSA-affected individuals.12 The extent of jaw opening in OSA patients gradually increases from wakefulness to deep non-rapid eye movement (N-REM) sleep, which can be attributed to a decrease in the tone of the stabilizing muscles.13

Vertical jaw opening has also been suggested to be related to the stages of sleep; more specifically, increased opening occurs during REM sleep than stage 1 sleep when patients are in a supine position.12,14 In healthy subjects, the degree of mandibular opening during sleep ranges from 2.5 to 10 mm and significantly varies with sleep stages. Mandibular opening increases with the depth of N-REM sleep and rises again in REM sleep in contrast to light N-REM sleep.8 Some studies have confirmed that certain OSA populations experience increased episodes of obstruction during REM sleep compared with the N-REM state,13,15 but other studies have related daytime sleepiness to sleep-disordered breathing during N-REM sleep and not during REM sleep.16 These contradictions suggest there may be different types of OSA patients based on sleep stage dependency, and that sleep stages should be considered in the evaluation of OSA patients.13 In most sleep stages, N-REM-dependent patients with OSA open their mouths wider than REM-dependent patients with OSA.13 Therefore, it has been postulated that OSA and sleep stage can be inferred from the MM that occurs during sleep.

In summary, the use of MM measurements in the detection of apnea and hypopnea episodes is based on the rationale that during the lack of upper airway patency and increased respiratory effort (RE), the pressure in the lungs increases. This, in turn, causes a progressive inferior displacement of the mandible via thoracic tug, resulting in mouth opening in an effort to breath. On this basis, therefore, MM reflect RE,17 and the accurate assessment of RE is important in the identification of obstructive events in OSA patients (Figure 1).18 Additionally, MM has been shown to accurately identify cortical arousals and differentiate between obstructive and central respiratory events.19

Common methods of detecting and classifying apneas include polysomnography, esophageal manometry, and the examination of thoracic-abdominal movements.17 While polysomnography stands as the current gold standard for the diagnosis of OSA, it comes with significant disadvantages, including cost, inconvenience, and potential discomfort to patients.7,18

Clinically, MM monitoring is a simple and reliable approach to identifying sleep outcomes,19 and its use in the assessment of OSA has been validated against polysomnography and diaphragmatic electromyography.18,20 Currently, MM tracking during sleep for the purpose of identifying apnea and hypopnea episodes is performed using several devices and/​or methods. Some devices involve the placement of two sensors that transmit low magnetic wave energy onto the patient’s chin and forehead.19 A change in the magnetic field provides information regarding the spatial position of the mandible during each sleep cycle and generates insight into the obstructive nature of SRBDs.18,19,21,22

Other devices include lightweight wireless sensors that are attached to the chin (Figure 2) and coupled with smartphone applications that refer information regarding MM measurements to the cloud. Collected data are analyzed using a machine learning algorithm (Python programming) that isolates the identifiers of obstructive events based on MM measurements.20 Research shows these wireless MM sensors offer 100% sensitivity and 88% specificity for detecting severe OSA, 90% sensitivity and 80% specificity for identifying moderate OSA, and 83% sensitivity but only a 53% specificity for identifying mild OSA.22

Monitoring and analyzing MM to obtain information about the dynamics of the mandible as it relates to sleep outcomes is a new opportunity in the dental field. It also enables an understanding of the breathing pattern (oral versus nasal), as well as the effects of dental interventions — such as rapid maxillary expansion and mandibular advancing appliances — on MM spatial position, MM patterns, and objective sleep outcomes. This includes the apnea-hypopnea index, RE-related arousals, and sleep efficiency — and MM tracking does so without the expense and discomfort associated with sleep laboratory polysomnography. In dental sleep medicine, MM monitoring can be used as a screening tool and aid in the assessment of a patient’s risk for OSA and other SRBDs.

Clinicians interested in incorporating dental sleep medicine in their practice can recommend MM sensors as a reliable tool for identifying OSA. In light of their ease of use, cost effectiveness and noninvasive nature, increased patient comfort and engagement can be expected from these sensors compared to other methods of OSA detection. This approach can aid in early detection and treatment facilitation for patients who may otherwise go undiagnosed and live with the long-term consequences of SRBDs on overall health. As noted earlier, mandibular sensors are screening aids, however, and are not meant to replace the current gold standard sleep study approaches. Patients with suspected sleep conditions should always be referred to a licensed sleep physician for diagnosis and management. 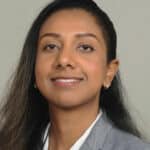 Thikriat Al-Jewair, DDS, MSc, MS, FRCDC, is an associate professor and graduate program director in the Department of Orthodontics at the University at Buffalo School of Dental Medicine in Buffalo, New York. A diplomate of the American Board of Orthodontics and fellow of the Royal College of Dentists of Canada, she can be reached at [email protected]. 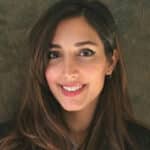 Afra Saleh, DDS, MS, practices orthodontics in Dallas. She is a diplomate of the American Board of Orthodontics.