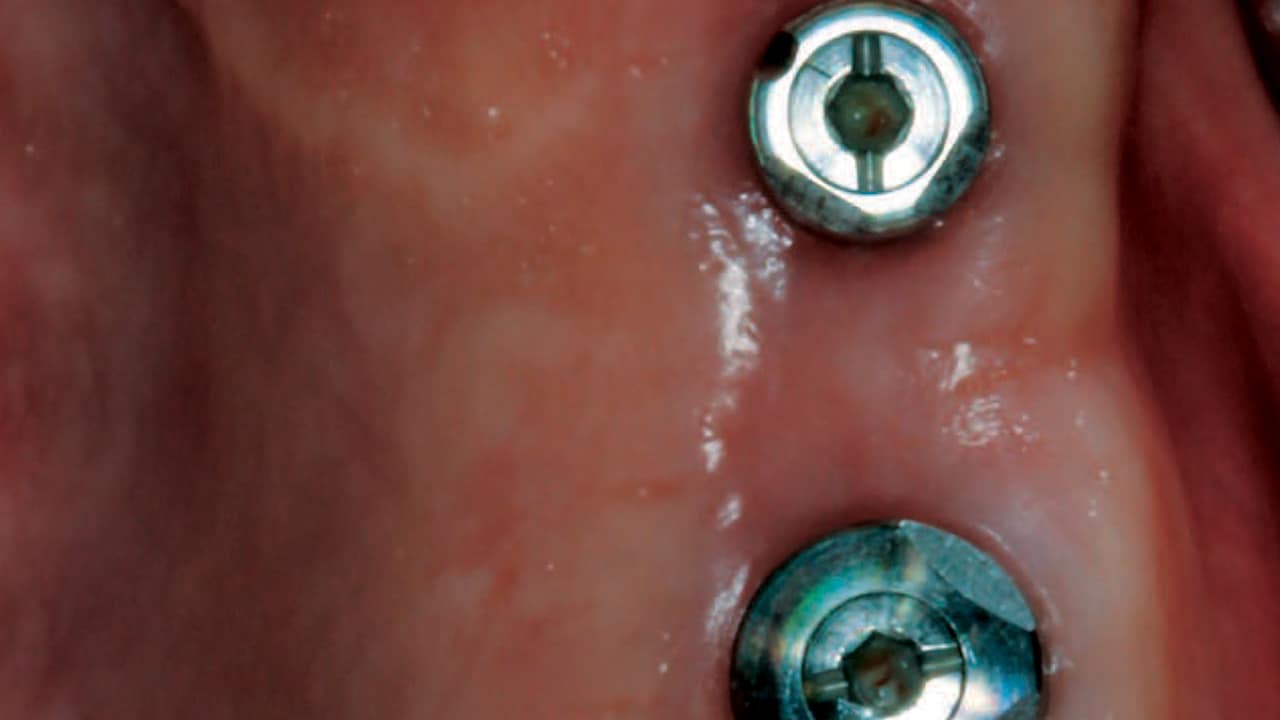 After trauma or pathology-related loss of dentition in the posterior maxilla of an implant patient, clinicians face anatomical challenges in placing dental implants in an ideal position. With teeth missing, the alveolar ridge irreversibly resorbs in three dimensions, while the sinus cavity expands. The remaining osseous structures in the maxillary posterior regions are often deficient in quality and quantity for straightforward and predictable implant placement. It is imperative to be intimately familiar with the anatomic relations of posterior maxillary structures during the necessary pre-implant-placement sinus augmentation to avoid surgical complications and injuries.1,2 Careful case selection and preoperative data collection using three-dimensional cone beam computed tomography (CBCT) improve the chances for a successful outcome in augmentation procedures during implant site development.3

A growing number of reconstructive and preprosthetic augmentation techniques and combination therapies have been described and reviewed.4 Guided bone regeneration (GBR),5 sinus elevation (with or without bone expansion),6 block graft,7 particulate graft,8 barrier membranes (resorbable or nonresorbable)9 and distraction osteogenesis10 — even orthodontic eruption of hopeless teeth,11 going as far as posterior maxillary segmental osteotomy12 — have been implemented in maxillary implant site development. The specific clinical case, as well as practitioner skill and preference, will determine the most appropriate treatment modality.

Ideal implant placement is guided by the restoration, which, in turn, must satisfy functional and esthetic requirements. That noted, implant position and angulation intrasurgically are determined by the presenting local anatomy and bone morphology at the implant site — which is often unfavorable after long-standing edentulism.

The main postextraction confounding factor associated with posterior maxillary atrophy is the occurrence of sinus pneumatization. It begins as a physiological process during embryogenesis, and normally concludes with the eruption of third molars at approximately 20 years of age. This process is influenced by genetics and previous surgeries, as well as patient metabolism.13–15 The “fourth expansion of the sinus”16 in adult patients after posterior maxillary second molar extractions is caused by a diffuse atrophy of the bone.17 This, in turn, is due to decreased functional loading on the alveolar ridge, which causes bone remodeling homeostasis to shift toward bone resorption. This biological principle is postulated in Wolff’s law,18 which remains largely undisputed.19 It appears, however, that sinus pneumatization only occurs within six months after extraction (as part of socket healing), and does not progress once the previous socket has matured.20 Ridge resorption, on the other hand, is progressive due to lack of functional loading.17

The residual subanterial bone height of the maxilla can be classified in three subanterial classes (SAC):21

When considering sinus lifts, the practitioner inevitably encounters the most widely studied internal structure of the maxillary sinus, the septum.22 Perforations of the Schneiderian membrane, which lines the sinus cavity, cause most intraoperative and postoperative complications, and the presence of the septa leads to a higher incidence of perforations.23 Antral septa are classified as primary or secondary. The primary bony projections of the maxillary floor divide the pyramidshaped sinus cavity into compartments. The secondary septa are shorter, protrusive bone spikes into the sinus, which occur following tooth extractions.

The thickness of the Schneiderian membrane is highly variable; in health, it is generally less than 1 mm thick, but it can be more than 2 mm if inflamed.24 Any (even subclinical) sinus pathology, which often manifests in the appearance of the membrane, must be resolved prior to surgical sinus interventions.

A 67-year-old male nonsmoker with controlled hypertension presented with a referral for implant placement in the maxillary left posterior quadrant. Initial clinical examination revealed missing teeth #13 and #14, with associated localized mild to moderate horizontal and vertical bone deficiency of the ridge (Figures 1A and 1B). The patient had fair oral hygiene, and surrounding teeth presented with mild recession, exposed crown margins and areas of decalcification/discoloration. His dental provider, who had formulated a comprehensive treatment plan, referred the patient. Periapical radiographs of the region are shown in Figures 2A and 2B.

A limited-view CBCT scan provided detailed information regarding the available horizontal and vertical dimensions of the edentulous ridge and proximity of the maxillary sinus, which aided implant selection and planning (Figures 3A through 3C). Virtual placement of the implants can be seen in the figure; as is evident, the buccal plate is very thin when placing the implants in an ideal prosthetic location. Additionally, precise measurements of the sinus location and remaining vertical bone height are critical during placement.25 In this case, 4-mm-diameter implants were selected for both areas, with a 10 mm length chosen for implant #13, and an 8.5 mm length for #14.

Prior to implant surgery, the patient was advised about the importance of improving oral hygiene, and informed of the clinical and radiographic findings. The necessity of horizontal bone augmentation for region #13 and vertical sinus elevation for region #14 was reviewed, and all questions were answered regarding associated risks, benefits and potential complications. In addition, the patient was reminded of the restorative needs of the surrounding teeth. Lastly, written consent for implant surgery, and ridge and sinus augmentation, was obtained.

A surgical implant guide was provided by the patient’s primary dentist, who will be restoring the case (Figure 4). This surgical guide proved helpful in determining the appropriate position of the implants, based on the proposed final restorations.

After administration of anesthesia via local infiltrations on the buccal and palatal aspect of the maxillary left posterior region, a 15c blade was used to make three incisions: one crestal incision on the palatal aspect of the edentulous ridge, followed by two vertical incisions on the mesiobuccal line angle of #12, and disto-buccal line angle of #15. Reflection of a full-thickness buccal flap was performed to gain access for implant placement, while the palatal tissues were left intact (Figure 5). As anticipated, the intraoperative clinical photograph reveals a horizontal deficiency in region #13.

The osteotomy for #13 was first prepared to approximately half of the desired implant depth and a direction indicator was placed, while osteotomy #14 was performed to a depth 1 mm short of the sinus floor.26,27 Confirmation that no sinus perforation had occurred was accomplished using the flat-top periodontal probe shown in Figure 6. A periapical radiograph was subsequently taken to assess location and angulation of the osteotomies, as seen in Figure 7.

The osteotomy #13 was prepared to the final depth and diameter using the appropriate implant drills. For osteotomy #14, only the diameter was initially enlarged; the team then placed a deproteinized bovine bone mineral (DBBM) graft into the osteotomy, which was followed by the use of an osteotome to infracture the sinus floor (Figure 8). Subsequently, additional graft material was introduced, which was elevated vertically using the osteotome to the desired vertical dimension — which is a few millimeters beyond the length of the chosen implant.28

Both implants were placed and achieved primary stability at a torque value of 35 newton centimeters (or Ncm). Cover screws were placed and radiographs were obtained (Figures 9A and 9B). Additional grafting with slow resorbable DBBM was performed on the buccal aspect of #13 and covered with a resorbable 25×25 mm porcine collagen membrane that was extended beneath the palatal tissues for additional stability. A periosteal incision was made in the buccal flap using a new 15 blade, and the flap was adapted and sutured — chiefly with nonresorbable polytetrafluoroethylene sutures and a few resorbable chromic gut sutures (Figure 10).

The patient was placed on a liquid diet for the first 24 hours, followed by a soft diet for the remaining week, and instructed to chew on the right side only. He was also advised to refrain from oral hygiene practices in the surgical site, and rinse with 0.12% chlorhexidine gluconate three times daily for two weeks, take 500 mg amoxicillin every eight hours for seven days, and 400 mg ibuprofen with 500 mg acetaminophen every four to six hours, as needed for discomfort.

Healing was uneventful and the sutures were removed at the three-week postoperative visit. Second-stage surgery was performed after three months of healing, and radiographs were taken before and after placement of the healing abutments (Figures 11A and 11B). Figures 12A and 12B depict the clinical outcome six weeks after second-stage surgery (at the time of referral back to the restorative dentist). The patient returned for a follow-up visit and presented with provisional crowns on the implants, as seen in Figures 13A through 13D.

In dental implantology, the posterior maxilla presents a clinical challenge due to its morphology and anatomy. Careful consideration of appropriate surgical technique will help ensure predictably successful outcomes. Case selection and practitioner experience are significant determinants of long-term success. It behooves clinicians and patients alike to consider all possible complications intraoperatively and postoperatively, so both can reach informed consent: the patient accepting the risk, and the clinician submitting the patient to the risks and benefits of posterior maxillary implant placement.29 In order to minimize intraoperative injuries and postoperative complications in procedures involving the posterior maxilla, proper diagnosis of the presenting case will help pinpoint the most appropriate surgical approach and increase treatment predictability and success.

The authors wish to thank Christopher Aloise, BA, for his assistance in preparing this manuscript.

Diana Bronstein, DDS, MS, MS, is an associate professor in the Department of Periodontology at Nova Southeastern University College of Dental Medicine in Fort Lauderdale, Florida. She is a diplomate of the American Academy of Periodontology and a diplomate and fellow of the International Congress of Oral Implantology. She can be reached at [email protected].

Mehdi Garashi, DDS, MS, practices periodontics and implant surgery for the Ministry of Health in Kuwait. He is a diplomate of the American Board of Periodontology.