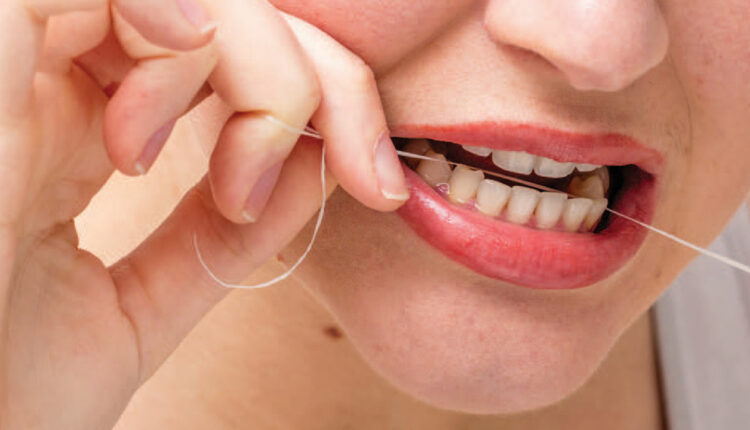 An investigation of patient self-care performance in periodontal case management.

By Marisa Roncati, RDH, DDS and Shavonne R. Healy, MSDH, RDH, ICP On Jan 22, 2021
0
Share
PURCHASE COURSE
This course was published in the January 2021 issue and expires January 2024. The authors have no commercial conflicts of interest to disclose. This 2 credit hour self-study activity is electronically mediated.

Even in the presence of periodontal and peri-implant disease, motivated patients who demonstrate appropriate self-care can positively influence their oral health conditions, the prognosis of the case, and, above all, achieve clinical improvements leading to successful outcomes. While dentists can delegate auxiliary staff to teach personalized home hygiene methods, it is important during the first visit for dentists to explain the importance of following the personalized recommendations for effective biofilm removal, and the need to adhere to the prescribed frequency of recall visits.

Especially in complex periodontal cases, it is important to communicate that if patients agree to recommended etiological therapy and meticulously follow prescribed self-care routines, improvement of their periodontal condition is highly likely. However, this does not exclude the possible need for surgical management to achieve the therapeutic objectives and a stable clinical condition. After all, the human oral cavity hosts a microbial biofilm primarily composed of bacteria, as well as viral components.1,2 Today, as never before, we understand the potential pathogenic role of viruses and bacteria.

This case report provides evidence of how adhering to individually tailored oral hygiene recommendations can help improve the clinical outcome of periodontal therapy. Following a comprehensive periodontal evaluation in 2013, a 48-year-old female was diagnosed with Stage III, Grade B generalized periodontal disease. In order to mediate moderate to severe biofilm-induced inflammation, cause-related therapy (or initial preparation) was proposed to the patient.3–7 Cause-related therapy is the most appropriate term to describe treatment intended to remove the primary etiologic factor — in this case, bacterial biofilm.

Commonly, three appointments of full-mouth periodontal instrumentation are required (Figure 1). The initial appointment is allotted two hours to conduct a complete radiographic evaluation (Figure 2), establish a relationship with the patient, enhance motivation  to comply with individualized self-care strategies, and perform debridement. The remaining visits during this early stage of therapy are allotted one hour each.

The purpose of laser-assisted therapy is to decontaminate the subgingival sites and weaken the chemical bond between the calcified deposits and root surface, thus facilitating subsequent mechanical instrumentation.3 In addition, the laser provides an analgesic effect prior to subgingival instrumentation.8,9 Specifically, use of the diode laser results in reversal of the sodium-potassium pump on all cell membranes, which induces pulpal analgesia for approximately 20 minutes.8

The laser optic fiber is thinner than any periodontal probe, enhancing effective calculus detection; this allows the clinician to collect data on the distribution, morphology and magnitude of calcified deposits. Based on the needs of each site, the clinician is able to plan subsequent instrumentation in a highly specific and customized manner.3–7 An accurate assessment of each site’s debridement needs should always precede and follow subgingival instrumentation. Toward this goal, the diode laser can replace the periodontal probe when evaluating the clinician’s performance,3–7 and, at the same time, provide a bactericidal effect10–12 that reduces the local microbial load and aids healing.

The treatment in each site takes 30 seconds, preceded and followed by use of 10 ml hydrogen peroxide 3% or 10 volumes irrigation.13–16 Used prior to and following nonsurgical periodontal debridement with ultrasonic and manual instrumentation, a 980-nm diode laser was utilized with the following parameters:

The procedure is replicated in each pocket over three visits. Thus, laser use — alternating with conventional instrumentation — is recommended.3 The initial treatment was performed at three closely scheduled appointments: Visit 1 (baseline), Visit 2, and Visit 3 (30 days since baseline). In this case, a fourth debridement appointment was scheduled four months after the baseline visit.

The patient was placed on a quarterly maintenance program. Case reevaluation at the one-year and multiyear follow-up appointments confirmed a significant and generalized improvement in probing data (Figure 3A through Figure 10C). Compared to the baseline X-rays, subsequent radiographs demonstrate the quality of bone mineralization (Figures 5A and 5B, and Figures 9A and 9B).

From the second year on, case clinical stability was routinely assessed at maintenance visits, which had been reset at every four months. It is the clinician’s responsibility to update the diagnosis at each recall appointment by circumferential probing prior to nonsurgical periodontal instrumentation.3

At a four-year follow-up appointment, a 7 mm probing depth was observed that was associated with bleeding on the mesiobuccal aspect of the first right maxillary molar. A periapical radiograph (Figure 7A) was obtained, along with a full-mouth X-ray series (Figure 8). A radiolucency was evident in the periapical radiograph (Figure 7A), indicative of a bone defect associated with a suspected bifurcation involvement.

In comparison, most sites maintained a condition of clinical stability, verified both by circumferential probing of the entire oral cavity and full-mouth radiographic assessment. Compared to the baseline radiograph (Figure 9A), after four years of follow-up the comparative interproximal bitewing image demonstrates better-represented bone architecture (Figure 9B).

At the same four-year follow-up appointment, and following every radiographic diagnostic assessment, surgical management of the detected critical condition was proposed to the patient. Thus far, it had been possible to obtain a significant improvement in most sites using a laser-assisted nonsurgical approach. Continuous monitoring and diagnostic updating had identified an area that warranted surgical access due to its anatomical characteristics. Consequently, periodontal surgery was scheduled immediately after the next recall appointment. Before dismissing the patient, the clinician reinforced self-care oral hygiene methods and prescribed a disclosing solution to better highlight the biofilm to be removed from the future surgical site. The operator also stressed that long-term outcomes of any therapy, including surgery, could be positively influenced by the patient’s self-care performance.

Four months later, a prophylaxis ap­point­ment was scheduled approximately one week before surgery in the right posterior maxilla. The clinician updated the diagnosis by circumferential probing before nonsurgical periodontal instrumentation, noting that no bleeding upon probing or probing values greater than 3 mm were evident — even in the area where a justified surgical treatment was planned. These results were confirmed through additional probing.

It was natural to ask the patient what she had explicitly done in the previous four months. The answer was firm and assertive. She had followed the self-care recommendations scrupulously, three times a day: in the morning, and after lunch and dinner. In addition, at least twice a day the patient used an interdental brush dipped in chlorhexidine gel, as recommended.

The entire team congratulated her for a meticulous self-care regimen that resulted in postponement (for the time being) of surgical site management. The patient was dismissed after scheduling the next four-month recare appointment, at which time the right posterior maxillary area was reevaluated, also with a periapical radiograph (Figure 7B) taken eight months after the one shown in Figure 7A. As of this writing, the case has a three-year follow-up from the clinical instability episode, and seven years from the initial examination and treatment. The clinical case imaging was updated at the patient’s January 2020 recall visit (Figures 10A through 10C).

Since her initial evaluation in 2013, the patient in this case report has always shown good biofilm control. At each visit, the entire dental team reinforced self-care instructions and the importance of closely adhering to the personalized maintenance program. Although unpredictable, such a result may be possible with the initial therapy sessions first described, along with diagnostic updates conducted at each regularly scheduled recare appointment.

Surely, the patient’s self-care compliance in this specific case proved to be the single most significant factor affecting periodontal case management and a successful clinical outcome.

Marisa Roncati, RDH, DDS, is an assistant professor at the University of Bologna in Italy. She has authored textbooks and articles on the use of laser therapy in conjunction with nonsurgical periodontal instrumentation.

Shavonne R. Healy, MSDH, RDH, ICP, is founder of A Higher Learning LLC and serves as adjunct faculty at Fones School of Dental Hygiene in Bridgeport, Connecticut. With a background as an implant care practitioner in oral surgery, she can be reached at [email protected].

Importance of Records and Occlusion in Advanced Implant Prosthodontics