This technology has great potential for multiple positive benefits.

We are in the second stage of the genetic revolution. The first phase gave us the ability to read and sequence all manner of genes. Multiple advances have made this process faster and more cost efficient. The second phase of this revolution involves constructing genes — a process termed gene synthesis. This can be accomplished by natural or artificial means. Pathways to DNA replication include natural biosynthesis (the in vivo amplification seen when cells divide); polymerase chain reactions that are used to amplify the amount of DNA in diagnostic tests; and, finally, artificial gene synthesis, which is an in vitro process.

Artificial construction involves synthesizing genes without an existing physical DNA template. Until recently, this process was slow and inefficient. Not long ago, The New York Times Magazine detailed how the introduction of a silicon plate that can hold up to a million wells — with each well one-millionth the size of previous depressions — has expedited this process. These wells hold the bases that will be stitched together to form a single DNA strand. A machine similar to an ink-jet printer distributes the bases into these wells. A catalyst is then added to bind the bases together.

This technology has great potential for multiple positive benefits.

This approach has resulted in faster and more accurate gene production than previous methods. Still, it has limitations. The more bases you add, the more fragile the resulting DNA strand — with the current limit reported to be under 200 base pairs. However, these strands can be joined to produce more complex genes.1

Variations of the synthetic fabrication of DNA have been used make the mRNA vaccines introduced in 2020. Fabrication of mRNA started in the 1960s, but it has been slow to develop due to the difficulty of working with this material compared to DNA. Pfizer and Moderna (among others) have used variations of synthetic DNA construction to produce the mRNA vaccines that attack the spike protein of the SARS-CoV-2 virus. The resulting drugs allow the body to produce antibodies to the spike protein. The companies used the genomic sequence of the virus provided by the Chinese Center for Disease Control and Prevention to fabricate their COVID-19 vaccines, despite the fact the manufacturers never had physical access to the virus itself.

Artificial synthesis of DNA/mRNA is expanding to new areas. It is now possible to order custom genes from multiple companies. This new technology has the potential to be used to develop other vaccines, expand gene therapy, synthesize bacteria that can decompose plastic, manufacture biofuels and medicines, and produce food flavoring, fake meat and new-generation fertilizers — along with myriad other applications. One area of particular importance is creating a new generation of antibiotics since the production of new drugs has virtually halted in the last few years and resistant strains abound. This technology has great potential for multiple positive benefits, and we can expect major discoveries in the near future. 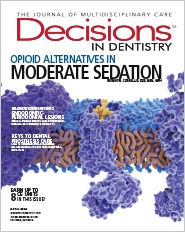