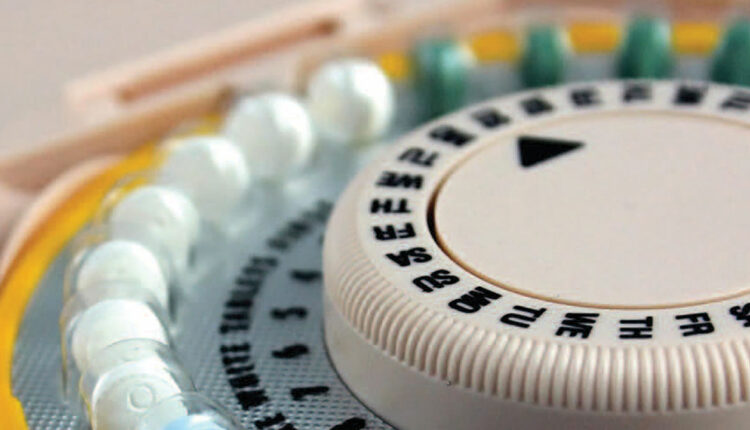 Research suggest contraceptive use raises the risk of periodontitis.

According to the U.S. Centers for Disease Control and Prevention, 66.2% of women in the United States visited the dental office in 2016.1 Additionally, 64.9% of the 72.2 million women ages 15 to 49 in the United States were using hormonal or nonhormonal contraceptives between 2015 and 2017.2 In light of these figures, it is important for dental professionals to understand the oral effects that may present in women who use contraceptives. Familiarity with the different forms of contraceptives — and potential reasons for their use other than birth control — is important for comprehensive patient care.

Research has yet to be conducted on the possible adverse oral health effects of using hormonal forms of the intrauterine system (IUS).9 Accounting for bone density and periodontal disease while assessing a patient helps create a complete health history, which can be used to tailor treatment plans and educational services. As such, research to determine if the method of contraceptive therapy can impact the relationship between osteoporosis, overall bone density and periodontal health would be beneficial.

In a study by Collins et al,13 subgingival samples were collected to evaluate which bacteria were present in patients diagnosed with periodontal disease. Twenty-nine subjects were recruited, of whom 17 were diagnosed with generalized periodontitis, and 12 with localized periodontitis. Prevotella intermedia was the most prevalent bacterial species.13 With early detection, progression could be arrested with the addition of oral hygiene instructions and scheduling periodontal maintenance appointments at three- to four-month intervals to help stabilize the patient’s periodontal health.

Medroxyprogesterone Acetate — This agent was first approved by the U.S. Food and Drug Administration (FDA) in 1992 as a contraceptive injection containing progestin.4,5,14,15 Research shows users of this contraceptive method have presented with a decrease of 5.7% to 7.5% bone mineral density at the hip and spine; as a result, premenopausal users are at increased risk for osteoporotic fractures.5,8,14,15 In 2004, the FDA assigned a black box label to medroxyprogesterone acetate listing the possible risk of osteoporosis.15

Research suggests traditional oral contraceptives containing progestin and estrogen negatively affect oral health.10,11 Although the medroxyprogesterone acetate injection does not contains estrogen, there is evidence of reduced natural estrogen serum levels caused by the injection due to the absence of synthetic estrogen.5 This decrease in estrogen has led to reduced bone mineral density due to estrogen’s association with overall bone health.5 According to Clark et al,8 substantial bone loss can occur in women receiving the medroxyprogesterone acetate injection. Moreover, medroxyprogesterone acetate causes negative oral health effects, including increased probing depths, bleeding upon probing, clinical attachment loss and gingival inflammation.5 It is suspected the contraceptive injection could exacerbate a patient’s periodontal condition.

Taichman et al5 identified a significant increase in probing depths (p < 0.01), bleeding points (p < 0.01), and clinical attachment loss (p < 0.05) among women who were receiving the medroxyprogesterone acetate injection. The authors suggested progestin may promote tissue destruction. Since this injection only contains progestin, the absence of estrogen in the contraceptive agent can potentially increase the susceptibility to loss of clinical attachment levels, alveolar bone and teeth. The contraceptive injection of progestin may also stimulate the production of prostaglandins, contributing to gingival inflammation.5

In addition to the effects on physiology of the tooth and surrounding structures, the temporomandibular joint is also affected.16 According to the National Institutes of Health, TMD — which presents as stiffening of the jaw, limited opening and pain — is more common in women than men.17 Among the possible reasons for this correlation are the hormonal changes the body goes through as aging progresses.17 The decrease in natural estrogen that occurs with medroxyprogesterone acetate use could alter the hormonal balance, giving rise to TMD.5,16 Contraceptives that are known to decrease natural estrogen amplify the effects of inflammation and bone loss,16 thus suggesting a possible link with TMD.16,18 If women are taking medroxyprogesterone acetate injections for prolonged periods, it is essential to educate these patients on the possible risk for oral diseases — and what can be done in terms of prevention. Further research is needed to determine if the alteration in hormones from contraceptive injections can be linked to periodontal health and TMD in women.

It is important to consider additional vulnerable populations, such as those of low socioeconomic status that choose this method of contraception and have limited access to dental care. As noted, Taichman et al5 investigated the effects of contraceptive injection on women’s periodontal health. The results suggest nonwhite women of low socioeconomic status are at highest risk for negative effects on the periodontium from contraceptive therapy. Compared to other groups, they found this population also tends to have poor oral hygiene and is less likely to visit the dentist regularly. Further research is needed to determine if any other potentially vulnerable populations exist, and what clinicians can do to support these groups. Oral healthcare providers play an important role in educating vulnerable populations that are taking this type of contraceptive about the need to follow an effective self-care regimen to reduce the risk of periodontal disease.

Contraceptive Implant — The first contraceptive implant, which contained levonorgestrel, a synthetic progestogen, was approved by the FDA in 1990.4,19 The implant is placed subdermally in the brachium, and releases hormones to prevent pregnancy for up to five years.4,19 Discontinuation of the original levonorgestrel implant was partially attributed to negative media coverage.19 Consequently, etonogestrel (also a form of synthetic progestogen) was used as a replacement,19,20 and, in 2010, a modified version of the etonogestrel implant was released.21 There are limited studies on the effects of the etonogestrel implant in the oral cavity. Both etonogestrel-containing implants protected women against pregnancy; however, there were only two differences between the new and previous implant.21 The new etonogestrel implant is radiopaque, which allows it to be seen in radiographs easier than the older implant. Furthermore, it contains more hormones than the original implant.21

In 2008, Kazerooni et al7 conducted a clinical study to evaluate the effects of levonorgestrel in the periodontium of women (n = 195) six months after receiving the implant. Approximately 75% of subjects used barrier forms of contraceptives (such as prophylactic sheaths), compared to 25% who received the implant. Women with the levonorgestrel implant exhibited increased probing depths (p < 0.05). With almost all teeth affected by periodontitis, the women with the levonorgestrel implant continued to demonstrate deeper periodontal pockets after six months.7 Although this study evaluated the effects of levonorgestrel on the periodontium, it is important to discuss the ambiguous sample included in the investigation. The researchers failed to mention several limitations, including the use of convenience sampling, undisclosed age groups, and whether other forms of contraceptive therapies were used.

Etonogestrel is similar to levonorgestrel, as they are both synthetic progestogen hormones; while not known, it is possible they may have similar side effects in the oral cavity.20 Although the levonorgestrel implant was discontinued, levonorgestrel is still used as a contraceptive agent, so its effects on the periodontium may still be relevant.9 As such, clinical studies are needed to evaluate etonogestrel’s impact on the periodontium, and if the effects are similar to levonorgestrel. Healthcare providers who participate in the decision-making process with patients considering contraceptive therapy should educate patients about all risks, including those sometimes overlooked — such as periodontal health.

Intrauterine Systems — In the United States, there are three levonorgestrel-releasing intrauterine systems (LNG-IUS)9 that work by releasing this synthetic progestogen hormone into the uterus. These LNG-IUS are approved for treating heavy or prolonged menstrual bleeding, and serve as a source of progestin in postmenopausal estrogen therapy.9 They can also be used to prevent pregnancy for up to five years.9 It is important to note the different indications for use, as patients have their own reasons for choosing a particular form of therapy.

Recognizing adverse oral side effects in women taking oral or nonoral contraceptives is essential for comprehensive care, and will allow providers to tailor treatment plans to meet the patient’s individual needs. One of the many responsibilities in clinical practice is to educate patients. Dental professionals can inform patients about the signs and symptoms to look for when taking a new medication — which may include increased bleeding when brushing or flossing.7

When caring for women of childbearing age, focusing on the potential oral impacts of contraceptives is important in discussions with those who use these therapies. Keeping abreast of the latest scientific evidence — including the different forms of contraceptive therapies, why they are prescribed, and who is likely to use a given method — will make it easier to talk about this subject.

In conclusion, patients and practitioners will both benefit from understanding the various forms of contraceptive therapy, their mechanisms of action, and potential impact on periodontal health.

Karla Lugo, RDH, BSDH, is a recent graduate of the Caruth School of Dental Hygiene at Texas A&M University College of Dentistry in Dallas. She works for a dental office in Irving, Texas. She can be reached at [email protected].

Isabella Trinh, RDH, BSDH, is a recent graduate of the Caruth School of Dental Hygiene at Texas A&M University College of Dentistry. She works for a dental placement agency in Austin, Texas.

Giavonni Gonzales, RDH, BSDH, is a recent graduate of the Caruth School of Dental Hygiene at Texas A&M University College of Dentistry. She works for a dental placement agency in the Dallas/Fort Worth area.

Faizan Kabani, PhD, MBA, MHA, RDH, FAADH, is an assistant professor and research course director in the Caruth School of Dental Hygiene at Texas A&M College of Dentistry. Additionally, he serves as the assistant director for diversity and faculty development, and as codirector for the graduate program in education for healthcare professionals. He can be reached at [email protected].

Lisa Mallonee, MPH, RDH, RD, LD, is a professor and graduate program director in the Caruth School of Dental Hygiene at Texas A&M University College of Dentistry. She is also codirector of the Master of Science in Education for Healthcare Professionals program, and serves as a dietetic internship preceptor for Baylor University Medical Center’s Dietetic Internship Program.

Maureen Brown, RDH, MS-HIED, is an adjunct assistant professor in the Caruth School of Dental Hygiene at  Texas A&M University College of Dentistry.