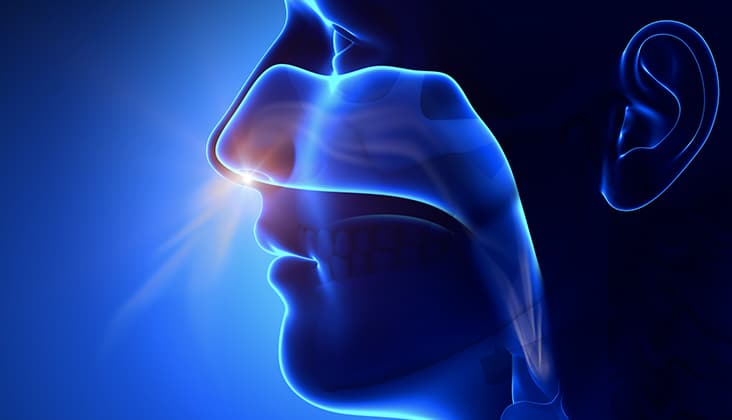 Can Nasal Breathing Help Reduce Your Risk of COVID-19?

The number of COVID-19 cases across more than half of the United States continues to rise.

The number of COVID-19 cases across more than half of the United States continues to rise.1 Public health officials are diligently looking for additional ways to reduce the risk of contracting the virus; however, the benefits of nasal breathing are often overlooked. During the era of COVID-19, nasal breathing can be especially helpful to reduce the risk of contracting this primarily airborne virus. Nasal breathing is sometimes challenging but can become a habit with attention and focus.

In the attempt to intake adequate air through high-level respirator masks, oral health professionals inadvertently begin to mouth breathe. This may be unavoidable at the time, but can turn into a bad habit. Mouth breathing can also result from allergies and obstruction of the airway. Compounding the problem is the fact that our skulls are smaller than they used to be due to softer diets, which require less chewing. Bone and muscles that are not stimulated adequately with the mechanical action of chewing have adapted accordingly over time. As the roof of the mouth is the floor of the nose, nasal space has narrowed. Increased sensitivities to foods and allergies also inflame the turbinates, resulting in congestion. These challenges, along with smaller, retruded jaws, impinge on airway space. Instinctively, the mouth opens because there is less resistance bringing air though the mouth than the nose. But the oral route bypasses the many benefits of breathing through the nose. It is a skill we need to relearn, especially now.

Mouth breathing activates upper chest expansion, limiting the flow of air to the alveoli, where the gas exchange occurs. Breathing through the nose is associated with diaphragmatic breathing, or bringing air down into the alveoli, increasing blood oxygen levels,2 as well as particle filtration to remove contaminants. Nasal turbinates warm and humidify the air as it moves into the lungs. In contrast, oral breathing is drying, both to the respiratory system and to the body, increasing dehydration and inflammation. Furthermore, tonsils and adenoids become the primary filters during oral breathing, causing them to enlarge and obstruct airflow.

An additional benefit of nasal breathing is the effects of nitric oxide (NO). Nitric oxide is a vasodilator and bronchodilator with potent antimicrobial effects against viruses, bacteria, and fungi. The body produces NO in various places but predominantly in the sinus cavities at 10 ppm.3 It is not produced in the mouth. Breathing in through the nose brings NO into the lower respiratory system where it continues its antimicrobial activity and improves oxygen uptake in the blood. A diet of leafy green vegetables, beetroot, and other foods high in nitrates may increase NO in the body in general with beneficial vascular effects.4 Clinical trials on the direct application of NO to the respiratory system are currently underway, investigating the effects of inhaled nitric oxide for prevention and treatment of COVID-19.3

Interestingly, the action of humming provides a boost of NO in the paranasal sinuses. The oscillating sound waves produced by humming improve nitric oxide production substantially.5 The speed of gas exchange increases healthy airflow. This practice can be used in prevention or resolution of sinusitis.

The NO will be carried into the lungs to enhance oxygen exchange and antimicrobial activity as you breathe in after humming.

An additional benefit of nasal breathing is relaxation. Breathing through the nose encourages light, slow, and deep breathing. Nasal breathing is tied to diaphragmatic breathing and invokes a parasympathetic nervous system (PNS) response. The PNS (rest and digest) activates the vagus nerve, which innervates internal organs including the heart, lung, and digestive tract. Conversely, oral breathing activates the sympathetic nervous system (fight or flight), elevating pulse and breathing rates and slowing digestion to divert energy to the skeletal muscles. Maintaining light, slow nasal breathing while wearing a respirator mask could reduce the amount of carbon dioxide accumulation in the dead space of the mask, resulting in less carbon dioxide consumed with the next inhalation. Less inhalation of carbon dioxide will reduce symptoms of hypercapnia such as headache, dizziness, and breathlessness.6

Breathing through the nose is natural and healthy. It enhances overall health and is our first line of defense against airborne contaminants. A greater awareness of these merits can make a difference in personal and community health. Pay attention to your breathing, make nasal breathing a habit, and take advantage of nature’s first responder. 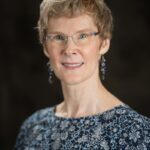 Terri Patrick, RDH, MS, CHES, has 36 years of dental hygiene experience, including education and delivering continuing education courses. She is an adjunct faculty member at Texas Woman’s University in Denton, and practices orofacial myofunctional therapy (OMT) with an emphasis on breathing education. As a student of OMT for 10 years, Patrick has completed post-graduate education in Buteyko breathing, sleep disorders, neuromyofascial therapy, and biological approaches to support orthodontic retention, reduce temporomandibular joint dysfunction, and improve sleep and the ability to breathe behind the mask.