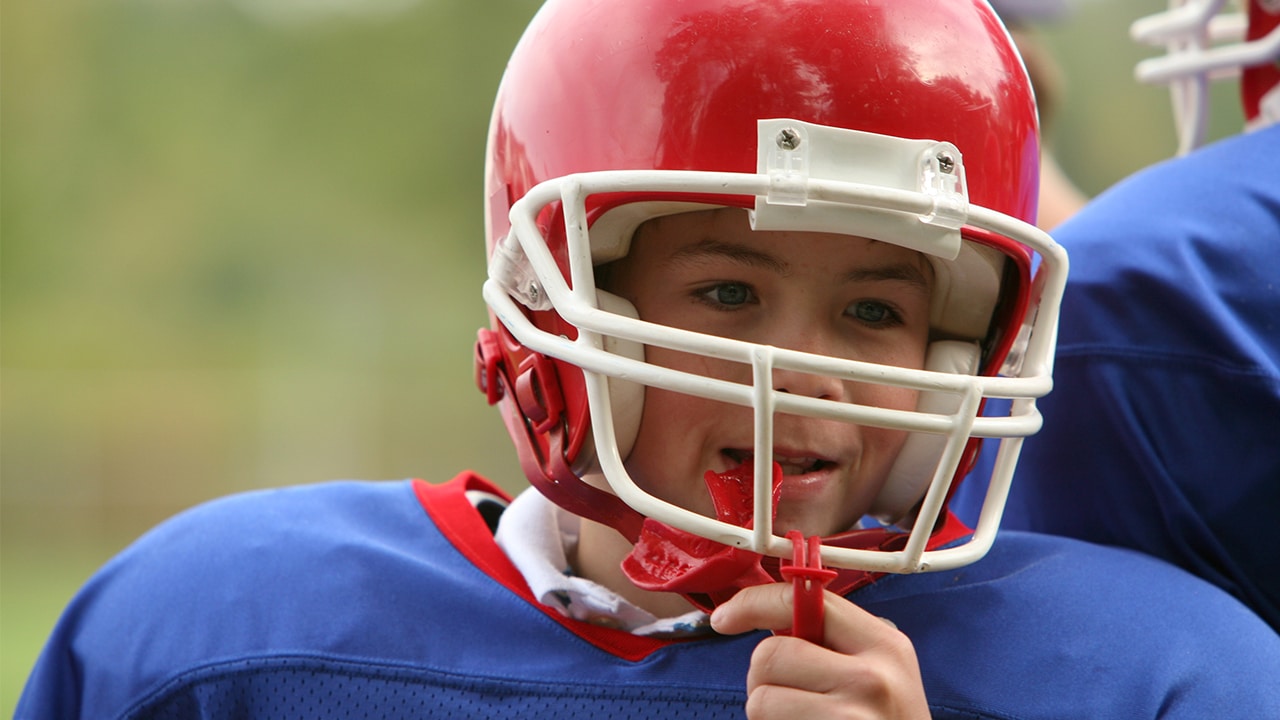 Using a mouthguard while playing ice hockey does more than protect the athlete from dental trauma, according to a study that found athletic mouthguard use also reduces the risk of concussion.

Using a mouthguard while playing ice hockey does more than protect the athlete from dental trauma, according to a study that found athletic mouthguard use also reduces the risk of concussion. Published in the British Journal of Sports Medicine, the findings could be used to ensure that players, parents, coaches, and referees understand the importance of wearing a mouthguard to prevent oral injuries and reduce the likelihood of concussion, researchers say.

The study, “Mouthguard Use in Youth Ice Hockey and the Risk of Concussion: Nested Case-Control Study of 315 Cases,” led by the University of Calgary in Alberta, Canada, supports mandatory mouthguard use for athletes between the ages of 11 and 17 while playing ice hockey. The policy is in place in some areas of Canada. In the United States, high school football, lacrosse and ice hockey programs require such protective equipment, according to the National Federation of State High School Associations. However, sports that do not require mouthguard use also place players at risk; for example, basketball had the highest oral injury rate among both male and female students, according to Sports-Related Dental Injuries and Sports Dentistry.

In the study, investigators looked at youth ice hockey players from Pee Wee (11–12-year-olds) through Midget (15–17-year-olds) who sustained a concussion during play, and those who sustained an injury, but not a concussion. They also compared two types of mouthguards—dental custom-fit and off-the-shelf—in players concussed and players with non-concussive injuries.

“When we looked at both off-the-shelf and custom-fit mouthguards, we found their use reduced the odds of concussion by 64%,” says Dirk Chisholm, a student in the Doctor of Medicine Program at the University of Alberta. Chisholm, who worked with the Sport Injury Prevention Research Centre at the University of Calgary throughout his undergraduate studies, adds, “When we separated the two mouthguard types, off-the-shelf mouthguards reduced the odds of concussion by 69%.” By comparison, custom-fit mouthguards were associated with 49% lower risk. More research is needed in this area, the team suggests.

Although the precise mechanisms by which mouthguards protect against concussion requires further study, the researchers note there are a number of potential ways mouthguards may be protective. For example, their use may reduce the force of impact through the jawbone to the skull, or they may help activate neck muscles to reduce head acceleration.

“These results support dental professionals encouraging mouthguard use, whether off the shelf or custom made, given they are associated with a reduced odds of dental injury and concussion,” says Chisholm.

The American Academy of Pediatric Dentistry’s Policy on Prevention of Sports-Related Orofacial Injuries encourages dentists play an active role in educating patients about the use of protective equipment for the prevention of orofacial injuries during sports. In addition to prescribing, fabricating, or providing referral for mouthguards, oral health professionals can also inform coaches and parents about performing appropriate first aid if a dental trauma occurs, and how to effectively manage pediatric dental trauma.

Diversifying the Healthcare Workforce With Dentists

The Value of a Lost Tooth Is on the Rise