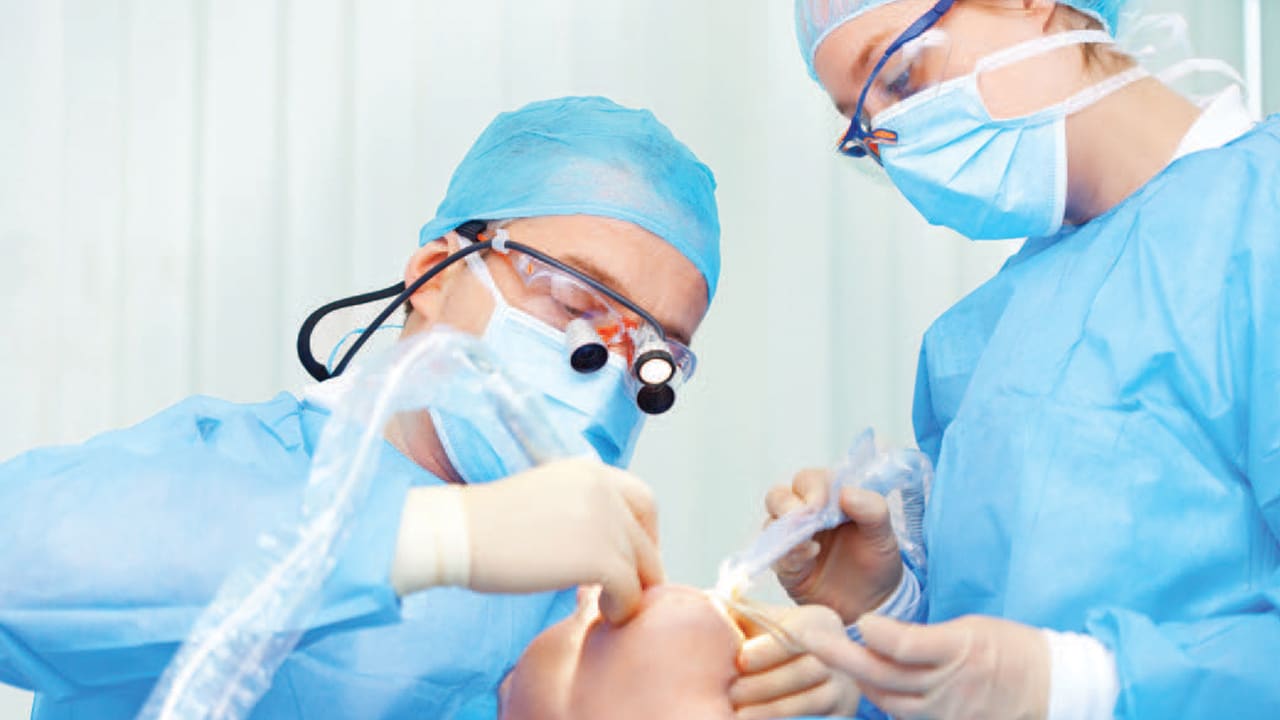 PURCHASE COURSE
This course was published in the March 2017 issue and expires March 2020. The author discloses an honorarium from Osstell AB that is not related to this article. This 2 credit hour self-study activity is electronically mediated.

Since its introduction, implant dentistry has evolved to include increasingly difficult cases involving patients who present with risk factors for complications. At the same time, more patients are seeking implant-supported restorations as an alternative to tooth-supported or removable prostheses. It is thus important for practitioners to provide consistent and successful implant-related outcomes across the full spectrum of patients. While a range of factors are known to influence implant survival, primary stability and osseointegration are key determinants in successful implant therapy.

This technology has been studied and utilized in implant dentistry for more than 20 years and can be defined as the measurement of the frequency at which an object vibrates. As the stability of an implant increases, the frequency at which it will vibrate increases as well; the increase in frequency reflects increased stiffness of the bone-to-implant interface,1 which is thought to reflect osseointegration. In vitro studies demonstrate a correlation between RFA values and lateral movement or displacement of dental implants; for example, lesser lateral movement has been associated with higher RFA values. In addition, higher bone density has been positively correlated with higher RFA values.2

A special probe and sensor are used to assess a dental implant’s resonance frequency. The sensor is attached to the implant and the probe emits impulses; the sensor will vibrate in response and the probe reads the frequency at which the sensor vibrates (Figure 1). When performing RFA, measurements are normally assessed by placing the probe perpendicular to the sensor at four sites circumferentially around the implant, including the buccal, lingual, mesial and distal aspects. Ideally, the highest and lowest values are recorded (assuming multiple values are obtained).

The RFA technique essentially measures the micromobility of the sensor (and thus the implant) when subject to lateral load. Measuring lateral load is thought to mimic the functional forces that will be placed on the implant once restored. In contrast to RFA, another common method for evaluating implant stability is insertion torque. Although insertion torque provides valuable information at the time of implant placement, this value can be affected by a number of factors, including implant design (e.g., thread pitch, or tapered versus straight), implant dimensions, osteotomy preparation and bone density. Furthermore, torque is a measurement of resistance to rotational force, which is not representative of functional load on an implant.

The measurement unit for frequency is hertz, but when assessing implants, hertz are often converted into an implant stability quotient (ISQ). This value is mathematically derived from the frequency measurements, and ISQ was developed to create a scale of values, ranging from 1 to 100, that can be tracked and translated into micromobility and implant stability.

Primary stability and osseointegration are essential components in successful implant therapy. Primary stability of dental implants is mechanical and influenced by multiple factors, including alveolar bone density, osteotomy preparation and implant design. Secondary stability relates to alveolar bone healing adjacent to the implant surface, otherwise known as osseointegration. Tracking ISQ values throughout the healing process will often demonstrate a decrease in stability over the first three weeks following implant placement. Clinical research has demonstrated the lowest values and most significant reductions in stability occur at sites with poor bone quality (Type IV). By comparison, implants placed into Type I bone generally do not exhibit significant changes in stability throughout the 10-week observation period.3 Any observed decrease in stability is thought to be related to bone healing following surgical injury. Understanding the healing process and its effect on implant stability can assist in clinical decision-making related to the timing of implant restoration. In this regard, RFA can provide an objective assessment of implant stability, bone healing and osseointegration.

Although the ISQ scale ranges from 1 to 100, implant ISQ values generally range between 50 and 80. When translating ISQ values into implant stability, it is important to note ISQ values share a nonlinear, inverse relationship with implant micromotion. For example, an increase of ISQ from 60 to 70 reflects a 50% reduction of implant micromobility.2,4 Looking at certain benchmarks for ISQ and implant stability, the following guidelines are often employed: ISQ ≥ 70 = high stability; ISQ 60–69 = medium stability; ISQ < 60 = low stability (Figure 2). Rather than considering a single ISQ value, however, changes or trends in ISQ over time can provide valuable information regarding development of secondary implant stability or osseointegration. Successful implants tend to demonstrate increasing ISQ values during healing, particularly during the first six weeks following surgical placement.5 Implants with initially low (< 60) or medium (60–69) ISQ levels often demonstrate increases over time, while implants with initially high (≥ 70) ISQ values may remain stable or increase (albeit to a lesser extent) over time.

When compared to implants with high or increasing ISQ trends, research studies assessing ISQ values and implant failure suggest implants exhibiting a decreasing ISQ trend have a higher risk of failure.6 In a clinical study that used RFA to evaluate implants that were loaded either early or immediately, a continuous decrease of stability was correlated with implant failure. Similarly, persistently low RFA values following one to two months of healing were also related to implant failure.7 Assessment and interpretation of ISQ values in a clinical study evaluating patients following surgical implant placement advocates for longer healing periods prior to functional loading for implants with a low initial ISQ value. Additionally, results from the investigation suggest implants with an ISQ < 56 may benefit from additional healing time.8 Thus, ISQ values at the time of implant placement and at subsequent postoperative time points can guide clinical decision-making regarding the surgical protocol and timing of restoration. An implant with initially low stability, for example, may have improved potential for osseointegration when placed in a two-stage protocol9 that minimizes unintentional forces during healing.

Utilization of RFA can provide particular benefit in high-risk cases by providing objective measurements of stability over time. High-risk cases may include patients with systemic risk factors for poor healing, occlusal risk factors (such as bruxism), sites with poor bone quality, simultaneous implant placement with bone augmentation and immediate implant placement. A study evaluating immediately loaded implants demonstrated higher failure rates among patients with diabetes, subjects with a positive history of bruxism, and among individuals with immediately placed and loaded implants.10 In addition, long-term evaluation of implant survival has associated active periodontal disease with implant failure.11

Case 1 involves placement of two implants in the posterior mandible of an 80-year-old female with a history of chronic periodontitis, osteoporosis and a 60 pack-year smoking history. The teeth had been extracted several years prior to implant surgery and were missing when the patient presented seeking implant-supported restorations. The bone quality upon implant placement was Type III, and the implants were placed with fairly low insertion torque. The ISQ values were recorded as 35/43 for site #19, and 71/77 for site #20. Although no lateral movement of the implants was observed, slight rotation of the #19 implant was evident upon placement of the cover screw. Due to the low ISQ values and rotation of #19, both implants were placed in a two-stage protocol and allowed to heal for six months prior to implant exposure (Figure 3).

Radiographically, no significant changes occurred from implant placement to exposure (Figure 4). Upon implant exposure and evaluation of ISQ values, the stability of both implants had increased as follows: #19 initial = 35/43, six months = 85/86; #20 initial = 71/77, six months = 80/85. As the ISQ values of both implants had increased to a value correlated with high stability, the implants were subsequently restored. The patient has remained stable with minimal changes in crestal bone levels and peri-implant bone density (Figure 5 and Figure 6).

Case 2 involves placement of a single implant at the #30 site of a 56-year-old, systemically healthy male. Tooth #30 had been extracted six months prior due to a vertical root fracture (Figure 7). Ridge preservation was performed at the time of extraction and bone quality was a combination of type I and II at the time of implant placement. The implant had a high insertion torque and an initial ISQ of 80 (Figure 8). Due to the high ISQ and dense bone quality, the ISQ was reassessed at six weeks to determine if the implant was ready for the restorative phase of treatment. Unfortunately, ISQ values had decreased substantially to 66/67. Radiographically, a peri-implant radiolucency was evident adjacent to the coronal two-thirds of the implant surface (Figure 9). Due to the high bone density and insertion torque, the decrease in bone density and ISQ values was hypothesized as pressure-induced osteonecrosis.

The implant was allowed additional healing time to promote improvements in ISQ values and peri-implant bone density. The patient was evaluated at three, four and six months, and the ISQ values increased to 70, 74 and 75, respectively. As 75 indicates a high level of implant stability, and bone healing was observed radiographically, the implant was restored after six months of healing (Figure 10). A post-restoration evaluation at 12 months demonstrated stable bone levels (Figure 11) and healthy peri-implant soft tissue. Although the bone loss would have been identified regardless of ISQ values, Case 2 demonstrates the correlation between poor bone healing and decreasing ISQ values. Additionally, it illustrates the correlation between improved peri-implant bone density and increasing ISQ values over time.

While clinical and radiographic assessment are essential to ensuring optimal outcomes in implant dentistry, RFA provides an objective measure of implant stability. Tracking ISQ values allows clinicians to assess implant micromobility and stability over time. As the scope of implant dentistry continues to expand, practitioners are offering implant treatment to patients with risk factors and in increasingly difficult clinical situations. Despite the level of risk, practitioners must strive to provide predictable and successful outcomes. Utilizing RFA technology can help limit risk by providing objective data that will aid in determining surgical approach and loading protocols. By ensuring optimal implant stability prior to loading, practitioners can offer successful implant-related outcomes to patients across the spectrum of treatment.

Featured photo by LORADO/E+/GETTY IMAGES PLUS

Rachel A. Schallhorn, DDS, MS, maintains a private practice in periodontics in Aurora, Colorado. A diplomate of the American Board of Periodontology, she is involved in practice-based clinical research and has published manuscripts on regenerative therapy, soft tissue augmentation and periodontal-systemic interrelationships. Schallhorn has lectured at local and national dental meetings, and served on committees for the American Academy of Periodontology and as president of the Rocky Mountain Society of Periodontists. She can be reached at [email protected]