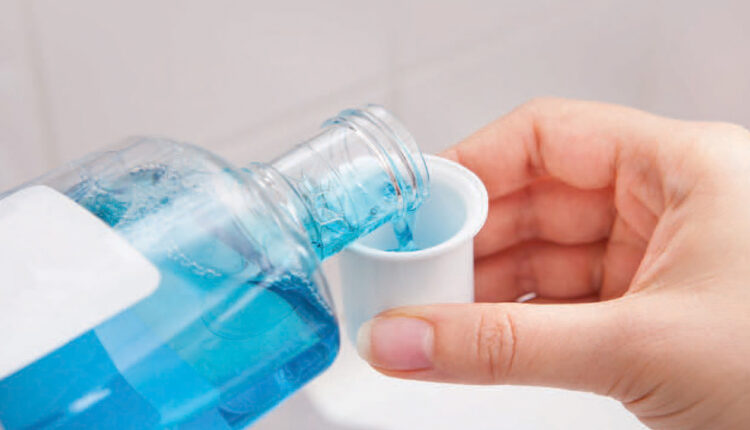 This therapeutic approach may be a helpful adjunct to mechanical biofilm disruption.

Maintaining a consistent and effective self-care regimen is essential to oral health and controlling plaque and gingivitis. Yet, even patients with excellent oral hygiene may have areas in which biofilm remains untouched, raising the risk of caries and/or periodontal disease. Nearly half of the U.S. population has some form of periodontal disease, and 70% of adults age 65 and older have this inflammatory condition.1 Controlling plaque and gingivitis can help prevent periodontal disease. Fortunately, clinicians have several formulations of dentifrices, gels and mouthrinses that serve as important adjuncts to mechanical methods of biofilm removal. This review will focus on the evidence for using chlorhexidine gluconate (CHX), essential oils (EO) and cetylpyridinium chloride (CPC) rinses that are available in the U.S. for plaque and gingivitis control.

Investigated as a therapy to reduce plaque and gingivitis, antimicrobial rinses are formulated to negatively impact the formation, growth and maturation of oral biofilm.2 Mouthrinses are popular with patients because they are easy to use and have minimal side effects. In addition, while 20% of the oral environment is made up of tooth surfaces, plaque biofilm can occupy the remaining 80%, as well — including the oral mucosa and tongue.3 It is thus possible that therapeutic rinses could provide an antimicrobial effect to the entire oral cavity.

The most widely investigated antimicrobial mouthrinses include CHX, EO and CPC; in some cases, systematic reviews on these rinses have reported impressive reductions in plaque and gingivitis.4,5

Sold by prescription only in the U.S. at a 0.12% concentration and a pH of 5.5 to 6.0, CHX is the most effective anti-plaque/anti-gingivitis rinse available. Although most products contain 11.6% alcohol, clinicians can also choose alcohol-free formulations. The rinse works by altering bacterial adsorption, reducing the pellicle formulation, and altering the bacterial cell wall, causing lysis. Featuring excellent substantivity, CHX offers 30% retention in the oral cavity after rinsing, and remains effective for eight to 12 hours.6

This agent is approved for the reduction of plaque and gingivitis, but not periodontitis. Reducing and controlling gingivitis, however, may help prevent chronic periodontitis in some patients. A systematic review by Van Strydonck et al5 reported a 33% reduction in plaque and 26% decrease in gingivitis in subjects involved in studies lasting four weeks or longer. Studies in the review confirmed CHX’s efficacy in reducing plaque, bleeding and gingivitis when used as an adjunctive product. It should be used by patients twice daily as a 15-ml rinse for at least 20 seconds. Adverse effects include staining of enamel, alteration of taste, and increased calcified deposits.

Consisting of thymol, menthol, and eucalyptol with methyl salicylate, EO rinses have an alcohol content of 21.0% to 26.9%. Depending on the concentration, these rinses can either disrupt the cell wall and precipitate cell proteins (higher-concentration rinses), or inactivate essential enzymes (lower-concentration products). They may also exert antioxidant activity.7 Gunsolley8 concluded that EO formulations are among the most effective over-the-counter mouthrinses available in the U.S. The author reported data on mean plaque reduction of 27%, and gingival inflammation reduction of 18.2% in studies that lasted at least six months and included mechanical plaque control.8

A recent meta-analysis by Araujo et al9 evaluated the site-specific effectiveness of EO rinses with mechanical plaque control versus mechanical plaque control alone. The analysis examined 29 industry-sponsored clinical trials that investigated the anti-plaque, anti-gingivitis effects of EO mouthrinses conducted over 32 years. All studies were designed to meet criteria and regulations outlined by the American Dental Association and U.S. Food and Drug Administration. The authors reported that clinicians could expect approximately 45% of their patients to have at least 50% of sites gingivitis-free after six months of use. In addition, approximately 37% of patients would have at least 50% of sites plaque-free when using mechanical plaque control and an EO rinse twice daily for at least six months.

In some cases, systematic reviews on these rinses have reported impressive reductions in plaque and gingivitis

Questions frequently arise about the alcohol content of EO mouthrinses. Boyle et al2 noted that, when used as directed, EO rinses containing alcohol do not pose an increased risk of oral cancer. Clinicians should not recommend antimicrobial mouthrinses containing alcohol to patients who are recovering or current alcoholics, or to children younger than 12. Patients should be instructed to rinse with 20 ml for 30 seconds twice daily. Contraindications include a burning sensation during use with certain formulations.

This agent is a widely used cationic quaternary ammonium compound with a broad antimicrobial spectrum. Part of its molecular structure interacts with the bacterial cell membrane, which can inhibit cell growth and eventually cause cell death. It is most effective against Gram-positive bacteria and yeast.

When evaluating six-month clinical trials that investigated rinses for controlling plaque and gingivitis, Gunsolley8 concluded that CPC was weaker than CHX and EO. This was chiefly because few clinical trials tested the same CPC formulations.

In a review of CPC and plaque accumulation and gingival inflammation, Haps et al10 concluded that, when used as an adjunct to mechanical oral hygiene, CPC rinse provides a small but significant benefit for reducing biofilm and gingival inflammation. These products should be used as a 20-ml rinse for 30 seconds twice daily. Reported side effects include increased calculus formation, staining, and occasional burning sensations.

While clinicians have used antimicrobial rinses for in-office irrigation and also in power-instrumentation devices (e.g., ultrasonic units), the evidence does not support the benefits of a single professional episode of subgingival irrigation.11 In addition, studies have found that irrigating with water is just as effective as using an antimicrobial in the device.11 This is likely due to the rapid elimination of subgingival irrigants by gingival crevicular fluid.11

Automated interdental cleaning devices, such as water irrigators, have been used by patients for at-home care. A classic study by Flemmig et al12 noted that irrigation with 0.06% CHX rinse reduced plaque and gingival inflammation, and was more effective than rinsing with 0.12% CHX or water. A 2008 systematic review by Husseini et al13 found that oral irrigation had a beneficial adjunctive effect on bleeding on probing when compared to regular oral hygiene alone, but not in plaque removal. The authors listed several possible advantages to oral irrigation, including a reduction in inflammation — caused by a change in the composition of pathogens in biofilm, which may reduce inflammation — as well as changes to the subgingival microbial environment.12–15

Many patients seek natural products for use in oral health care, as these are perceived as being safer than synthetic products.16 Only one systematic review was located that examined natural-compound mouth – rinses as an adjunct to oral hygiene in the control of plaque and gingivitis. The authors concluded there is insufficient evidence to support the use of the natural-compound mouthrinses, and that more high-quality research is needed in this area.16

It is important to note, however, that some rinses with natural components, such as EO, have a long history of efficacy, and demonstrate strong antimicrobial and anti-inflammatory effects.17,18 Other mouth – rinses are available that contain herbal ingredients, such as Centella asiatica, Echinacea purpurea, and Sambucus nigra, which have been investigated for the reduction of inflammation and biofilm.19

Sodium hypochlorite (household bleach) has been investigated as an antimicrobial mouthrinse and irrigant.20–22 Used as a diluted solution, it has been found to reduce plaque scores and signs of gingival inflammation; however, the studies are small and applicability to larger populations is unknown. Large clinical trials are needed to determine the efficacy of these formulations.

Originating from ancient Ayurvedic medicine, oil pulling has been advocated as a method to remove harmful bacteria from the oral cavity and improve gingival health. Several oils have been used for this method, including sunflower, olive and sesame seed, which are thought to react with saliva to produce a reaction similar to soap formation. The oil is swished for up to 30 minutes before expectorating. One systematic review was located that evaluated the evidence of oil pulling.23 Five studies conducted in India were included in the review for a total of 160 subjects. The authors noted weak evidence of the benefits of oil pulling compared with CHX mouthrinse or a placebo. They added that the safety and any potential adverse effects of oil pulling are yet to be determined.23

Clinicians should recommend antimicrobial mouthrinses to patients who would potentially benefit from their use. Mouthrinses should be used as adjuncts to mechanical plaque control (i.e., brushing and interdental cleaning). The choice of mouthrinse should be based on the evidence available in the literature, as well as provider and patient preference.

Rebecca S. Wilder, RDH, MS, is a professor and director of the graduate dental hygiene program and director of faculty development at the University of North Carolina (UNC) at Chapel Hill School of Dentistry. She is editor in chief of the Journal of Dental Hygiene. An internationally known speaker and author, Wilder has published more than 200 articles, abstracts and book chapters. She can be reached at [email protected]

Antonio J. Moretti, DDS, MS, is a clinical associate professor and director of the post-graduate program in periodontology at UNC at Chapel Hill School of Dentistry. He is an active member of the UNC dental faculty practice. Well published, Moretti lectures nationally and internationally.