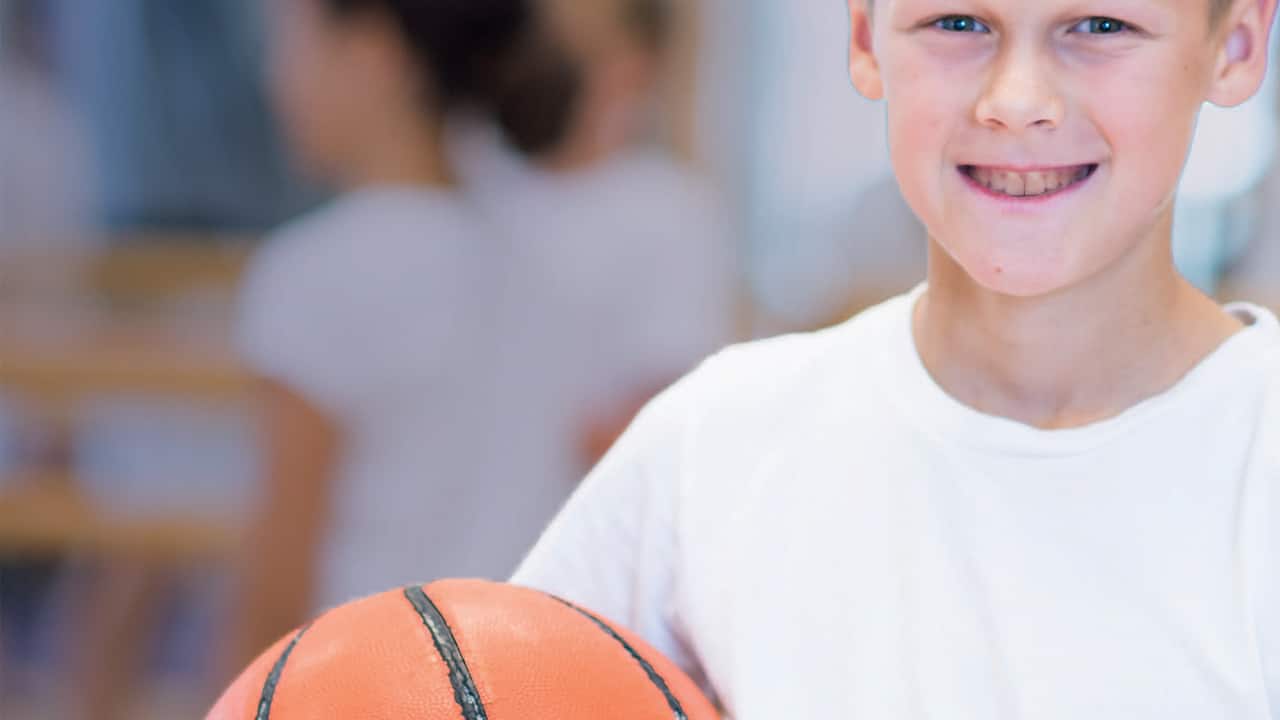 Athletes can help prevent oral trauma through use of a properly fitted appliance.

By Heidi B. Aaronson, DMD On Jul 11, 2017
2
Share
Athletes can help prevent oral trauma through use of a properly fitted appliance

Baseball and basketball have been two of America’s favorite pastimes since the 19th century. Over time, the rules, conditioning, equipment, and even playing surfaces have all been improved to enhance performance and reduce the risk of injury. At the same time, both sports have largely ignored a safety issue that has sidelined countless players — orofacial injuries.

While toothless smiles are most commonly associated with hockey players, baseball and basketball are the two sports with the highest incidence of sports-related dental injuries in children between the ages of 7 and 17.1 Orofacial injuries are also prevalent in dozens of other sports, many of which may be surprising: Bicycling, acrobatics, horseback riding, gymnastics, skydiving and surfing are all on the Academy of Sports Dentistry’s list of “Sports for Which You May Need a Mouthguard.”2

Despite the risks, mouthguard use is relatively low in sports that do not require it. According to the National Survey of Children’s Oral Health, 68% of American parents and caregivers report their children do not wear a mouthguard at soccer, basketball, baseball or softball practices and games.3 Conversely, mouthguards have been mandatory in football, lacrosse, field hockey and ice hockey since the 1960s, and the incidence of orofacial injures has decreased over the past several decades due to more stringent protection requirements.4

The National Youth Sports Foundation for the Prevention of Athletic Injuries estimates that during a single season of play, athletes have a 10% chance of sustaining an injury to the face or mouth.5 Other studies show that between 13% and 39%6 of all dental injuries are sports related, males are traumatized twice as often as females, and the maxillary central incisors are the most commonly injured teeth.7 The best protection for these types of injuries is a properly fitted mouthguard. Although mouthguards will not always prevent injuries, they redistribute the forces from a collision; the idea is to reduce the forces transmitted to the teeth below the threshold at which injury to the tooth occurs.

There are four basic types of mouthguards, and they do not provide equal levels of protection.

Custom-made vacuum-formed mouthguards are fabricated on a vacuum-forming machine using a model of the patient’s teeth. A sheet of ethylene vinyl acetate (EVA) is heated and a vacuum shapes the material onto the model under pressures of 12 to 15 psi,9 resulting in a customized appliance that fits the athlete’s teeth. Vacuum-formed mouthguards are more protective than their stock or boil-and-bite counterparts, but the limited pressure applied results in marginal adaptation to the teeth and thinner material thickness when compared to pressure-formed mouthguards.

Custom-made pressure-formed mouthguards are fashioned in a manner similar to a vacuum-formed appliance, but instead of using a vacuum to pull the material around the model, pressure lamination involves forcing air into a sealed chamber at 90 psi and pressing the plastic down and around the cast under high heat. The increased pressure allows for lamination of multiple layers of material and improved adaptation to the teeth and gingiva.

In order to understand what makes one mouthguard more protective than another, it is necessary to understand the basic principles involved in the physics of mouthguards. The majority of orofacial injuries occur when a blow is delivered to the mouth — whether from a baseball rocketing off the bat, an opposing player’s elbow flying up during a scramble for a loose ball, or the athlete’s lower teeth being forced into the maxillary teeth when the chin hits the ground after a fall. In each case, the energy of the impact is absorbed by the structures on which the blow lands: the greater the energy, the greater the potential for damage.

In a collision, when an object (such as a baseball with mass = m) imposes a force (F) with another object (e.g., a tooth) for a given amount of time (t), the ball undergoes a change in velocity (Δv). Using the impulse-momentum change theorem, F*t = m*Δv, force and time are inversely proportional — the greater the time over which the collision occurs, the smaller the force acting upon the object. A mouthguard increases the length of the collision, thereby decreasing the force directed to the teeth.

Due to its excellent shock-absorbing characteristics, EVA is the most commonly used mouthguard material. The shock absorption may be improved by increasing material thickness, but this must be balanced against a reduction in user comfort due to awkwardness and speech restriction.10 The more comfortable the mouthguard, the more likely a player is to use it. Four mm is generally accepted as the ideal thickness for a mouthguard11 to be as protective as possible while still being comfortable. Due to the limited amount of vacuum pressure that can be applied to heated EVA and the fact that EVA material loses approximately 50% of its thickness when heated, vacuum-formed mouthguards are rarely thicker than 2 mm, whereas pressure-laminated mouthguards can be made with multiple layers of material laminated together, resulting in thicknesses of 4 mm or greater (Figures 1A through 1C).12

In addition to shock absorption, mouthguards also help protect teeth by increasing the surface area (a) over which the force (F) is applied. The pressure (P) that is applied to an object during a collision is calculated as P = F/a. A mouthguard distributes the energy throughout the appliance — a much larger surface area than the actual area of impact — thereby reducing the pressure applied to a single area of the athlete’s mouth.

In order to maximize the surface area over which a mouthguard makes contact with the teeth and jaws, it is necessary to adapt the EVA to the teeth and gingiva as much as possible. Mouthguards that fit loosely will not distribute collision forces as well as those that are custom fitted to the player’s mouth. This is why a boil-and-bite mouthguard, which is adapted to the teeth by the lips and tongue, does not make as much contact with the soft and hard tissues as a custom appliance (Figures 2A and 2B, and Figures 3A through 3C).

Although the process of custom mouthguard fabrication — a warm sheet of elastomeric material being adapted to a model of the patient’s teeth — has remained relatively unchanged since the 1950s, modern technology has reduced the problems associated with older fabrication methods. Poor adaptation by the low vacuum forces has been improved by the introduction of high-pressure thermoforming machines. In addition, new polymers have been introduced that are nearly three times more shock absorbing than traditional EVA.13 Stone models, which can distort and break during mouthguard fabrication, have been replaced by resin models created from a digital impression of the athlete’s mouth and made using three-dimensional (3D) printers. These 3D-printed models are highly accurate and can withstand the pressure involved in fabrication better than stone models. Furthermore, digital scans may be stored indefinitely and models reproduced at the touch of a button, thereby eliminating the need to bring the athlete back to the office for new impressions if the mouthguard must be replaced.

From the initial impression to the trimming and polishing of the final appliance, each step of the fabrication process is easy to perform. In addition, material costs are relatively inexpensive compared to most dental materials. While the initial costs of the thermoforming machines can range from a few hundred dollars for a vacuum machine to a few thousand for a pressure thermoformer, there is little long-term cost associated with either technology.

Despite the ease with which custom mouthguards can be produced and the relatively small amount of chairtime required, custom mouthguards fabricated by dentists only account for 2% to 4% of the mouthguard market.14 In part, this may be a function of price. Many athletes and parents/caregivers, especially those with younger children whose dentition changes over the course of a season, may prefer to spend $25 on a boil-and-bite mouthguard rather than hundreds of dollars for a custom appliance (Figure 4) that will only fit for a single season.

Additionally, while dental professionals may be aware of the inadequacies of an over-the-counter mouthguard, many parents are unaware it will not protect as well as a custom-fitted appliance. Some dentists will make custom mouthguards at little to no cost for their patients and/or local youth sports teams. This not only benefits the athletes, it also serves as a marketing tool for the practice. Furthermore, by educating athletes and parents/caregivers about the importance of a properly fitted mouthguard, dentists can help ensure that more athletes across all sports will be protected against sports-related oral trauma.

FEATURED IMAGED BY FATCAMERA/ISTOCK/GETTY IMAGES PLUS

Heidi B. Aaronson, DMD, practices general dentistry in Wellesley, Massachusetts. An author and textbook contributor, she is a member of the Academy of General Dentistry, American Dental Association, Massachusetts Dental Society and the Academy for Sports Dentistry. Aaronson also belongs to the Alpha Omega International Dental Fraternity. She can be reached at [email protected]

Ransomware Attacks on the Health Care Sector Are of Growing Concern 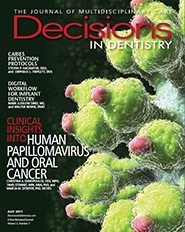