The American Academy of Periodontology has published proceedings from the 2017 World Workshop on the Classification of Periodontal and Peri-Implant Diseases and Conditions, held in November in Chicago.

The American Academy of Periodontology has published proceedings from the 2017 World Workshop on the Classification of Periodontal and Peri-Implant Diseases and Conditions, held in November in Chicago. A comprehensive update of previous classifications released in 1999, highlights include a recategorization of various forms of periodontitis, development of a novel staging and grading system, and the inaugural classifications for peri-implant disease.

Co-presented by the European Federation of Periodontology, staging levels for periodontitis indicate disease severity and complexity of management, while the grading structure considers a patient’s supplemental biologic characteristics in estimating the rate and likelihood of disease progression. This framework builds upon a notable change: Periodontal disease is now defined as one of three distinct forms, which include periodontitis (formerly aggressive and chronic), necrotizing periodontitis, and periodontitis as a manifestation of systemic conditions.

“These classification systems provides a paradigm similar to what is used in some fields of medicine, and will allow clinicians to develop a well-rounded treatment strategy based on a patient’s specific needs,” notes Kenneth Kornman, DDS, PhD, editor-in-chief of the Journal of Periodontology and member of the workshop’s organizing committee. 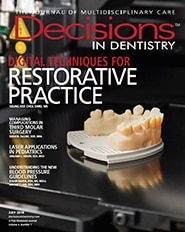