A recent article in The New York Times Magazine highlights technology that may allow scientists to identify pathogens not previously associated with disease. The device, called IDseq, can also be used for early detection of pathogens potentially involved in future pandemics. The article notes that a third of acute respiratory illnesses currently detected are idiopathic, and the same is true for up to 40% of gastrointestinal disorders, as well as more than half of encephalitis cases. Furthermore, it emphasizes that while science was quickly able to identify the SARS-CoV-2 pathogen responsible for COVID-19, we may not be as fortunate when the next pandemic hits.

The machines’ inventor, Joe DeRisi, PhD, is a professor of biochemistry and biophysics and Howard Hughes Investigator who studies infectious diseases at the University of California, San Francisco School of Medicine. He suggests this device could be used to research mystery illnesses well before the pathogen gains traction and is able to spread. For example, it is now understood the human immunodeficiency virus emerged numerous times starting in the 1920s before it went global.

DeRisi proposes a system in which these units will be broadly used for early detection, with the data uploaded to the cloud for analysis. The resulting data would be entered into a common website, thus allowing early identification of suspected pathogens. This approach is known as metagenomic sequencing. In contradistinction to ordinary genomic sequencing, in which the DNA of a single organism is identified, metagenomic sequencing can be applied to almost any sample. The results can be compared with known genomic sequences, making it possible to identify pathogens in the sample and possibly link them to emerging diseases. Lending support to this proposed approach, an early version of the IDseq was used to help identify the pathogen ultimately associated with severe acute respiratory syndrome coronavirus 1 (SARS-1).

Senjuti Saha, PhD, a microbiologist at the Child Health Research Foundation who is credited for helping decode the genome of the SARS-CoV-2 virus in Bangladesh, used this approach recently while researching an outbreak of meningitis in that country. After the samples were processed, Saha discovered the majority of cases were associated with the chikungunya virus, a causation that was thought to be relatively rare. As it turns out, the disease exploded throughout the Caribbean and Africa, as well as across Southern Asia. In 2011, zero cases were reported in Latin America, but, by 2014, more than a million cases were associated with this virus.

One of DeRisi’s goals for the IDseq is to make it possible for countries to perform their own metagenomic testing. This could increase pathogen detection in places where new pandemics are most likely to emerge. One challenge with the current technology is that it amplifies all the genetic material in the sample, making it difficult to know which pathogens are significant. Another drawback is limited availability of the chemical reagents needed for sequencing. But, as DeRisi points out, once these problems are solved, widespread sampling on a global scale would increase the likelihood we won’t be caught off guard by the next pandemic.

Paper Connects the Dots On Systemic Diseases and Oral Health 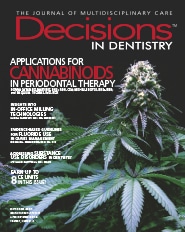