As it turns out, educational debt helps guide career choice, as the data suggest that dental graduates with large student loans are most likely to enter private practice.

According to a recent survey by the American Dental Education Association, the average educational debt for 2017 dental school graduates was $239,895 (for those attending public schools) and $341,190 (for students at private institutions), respectively.1 Furthermore, 30% of survey respondents reported being more than $300,000 in debt.1

For students with significant debt, government loan forgiveness programs can be an attractive option. According to an analysis of U.S. Department of Health Education data, public service loan forgiveness certifications have risen sharply over the past five years.2 Now Congress, concerned about the ballooning cost, is considering ending the federal Public Service Loan Forgiveness (PSLF) program that was created by former President George W. Bush to encourage those earning expensive college degrees to work for the federal government.

Leading up to the 2007 creation of PSLF, the percentage of dental school graduates who reported plans for a government service career had been slipping from a high of 11.6% in 1990 to 6.1% in 2006.3 But loan forgiveness — while certainly attractive to those interested in practicing dentistry in the military, for the Veterans Administration, or as a government employee — may be too small of an incentive to compete with the benefits of entering private practice. Based on a 2015 survey, only 7.4% of dental seniors planned on taking a job in the armed services or for another government employer.4 What’s more, their likelihood of choosing a government position actually decreased based on the amount of debt they held.4 In fact, students with $200,000 or more in school loans were least likely to enter government service. 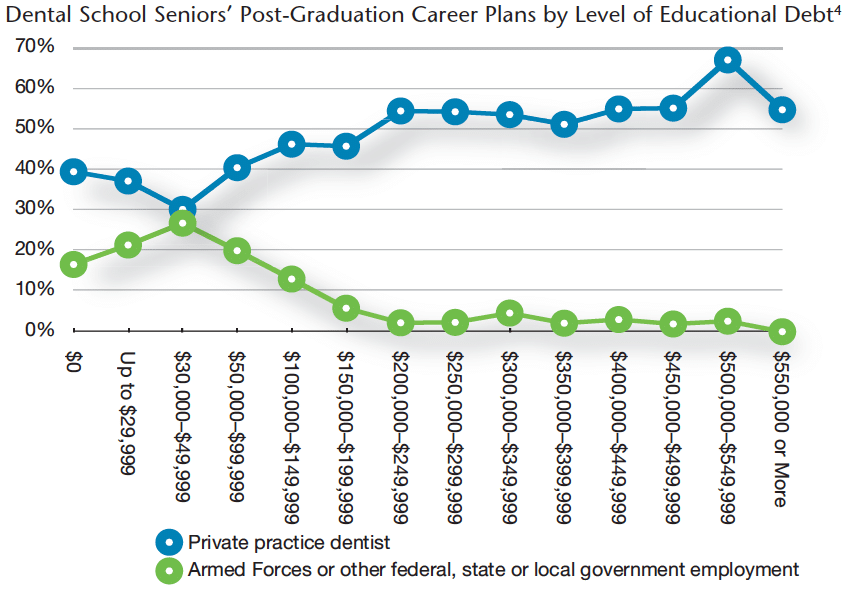 As it turns out, educational debt helps guide career choice,4,5 as the data suggest that dental graduates with large student loans are most likely to enter private practice. Thus, at least from a dental perspective, ending loan forgiveness may be fiscally prudent if it is not significantly influencing dentists to pursue careers in government service. 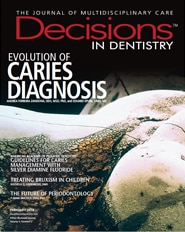