Five-year survival rates for patients with oral cavity or pharynx cancers have been steadily increasing, thanks to earlier detection and improved treatment.

Five-year survival rates for patients with oral cavity or pharynx cancers have been steadily increasing, thanks to earlier detection and improved treatment. However, survival rates for white Americans remain higher than for many minorities, despite the fact whites and non-Hispanics have the highest incidence of these cancers.1 Erasing this health disparity is part of the U.S. Centers for Disease Control and ­Prevention (CDC) Healthy People 2020 Oral Health Objectives. And because oral and oropharyngeal cancer screening is encouraged in dental settings, the disparity in survival rates may speak to disparities in access to dental care.

Oral cavity and pharynx cancers are most frequently diagnosed in individuals between the ages of 55 and 64. Males are the most likely to develop these cancers, with whites and non-Hispanics at greatest risk. However, white males are less likely to die from these cancers than black men, and have about the same likelihood of mortality as native American/Alaska native men, despite the fact this group has a much lower incidence rate.1 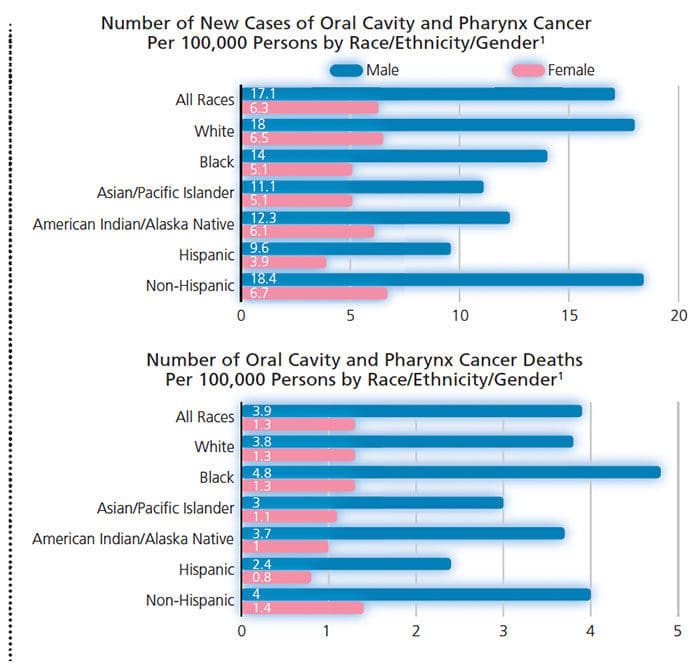 In 2017, the American Dental Association developed an official guideline for evaluating potentially malignant disorders in the oral cavity, and called on dentists to provide all patients with an intraoral and extraoral visual and tactile examination for potential cancers.2 Yet oral health screenings to detect cancers at earlier and more treatable stages only benefit those who visit the dentist. 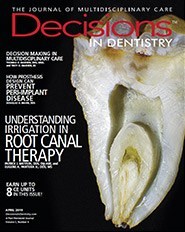