Beyond discussions of student loans and the generational characteristics of millennials, gen-Xers and
boomers, the authors on both sides agree that corporate dentistry will play a more prominent role in future
care. 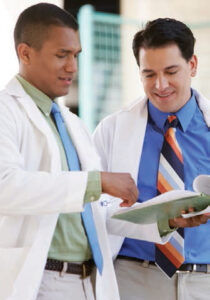 Much has been written (including this month’s Editor’s Note) about the emergence of dental service organizations (DSO) and their impact on traditional solo or small group practice. Adding to the literature on this topic, the Journal of Dental Education published a point/counterpoint article exploring whether the DSO model will eventually become the predominant practice setting. While conjectural by its very nature, the article helps crystalize some of the key factors that are changing the face of dentistry.

Beyond discussions of student loans and the generational characteristics of millennials, gen-Xers and boomers, the authors on both sides agree that corporate dentistry will play a more prominent role in future care. The authors who contend that solo practice will still dominate, however, argue that many dentists value the autonomy of solo or small group practice, and chose the profession because they wish to be their own boss. In addition, they suggest that general practitioners can “address some of the perceived shortcomings” of solo practice by integrating specialists — perhaps on a rotating basis — into the office so as to provide comprehensive care in one setting. They also assert that DSOs tend to proliferate in urbanized areas, while many dentists in traditional practice serve less populated regions.

Noting that dentists under 35 are three times more likely than earlier graduates to practice in a DSO setting, the authors who contend that corporate dentistry will become the primary model argue that concerns over the time and resources needed to manage an office make large group practice attractive. The cited benefits include focusing on clinical practice, work/life balance, guaranteed salaries, and “less interaction with insurance companies.”

Ultimately, while many factors — including changes in reimbursement practices and student loan debt — are shaping today’s dental landscape, they note one of the major forces affecting the mix of delivery models is the ever-increasing burden of regulatory compliance.

Virtues and Challenges of Solo Practice

Analysis Examines Prophylactic Antibiotics for Patients at Risk For Infective…