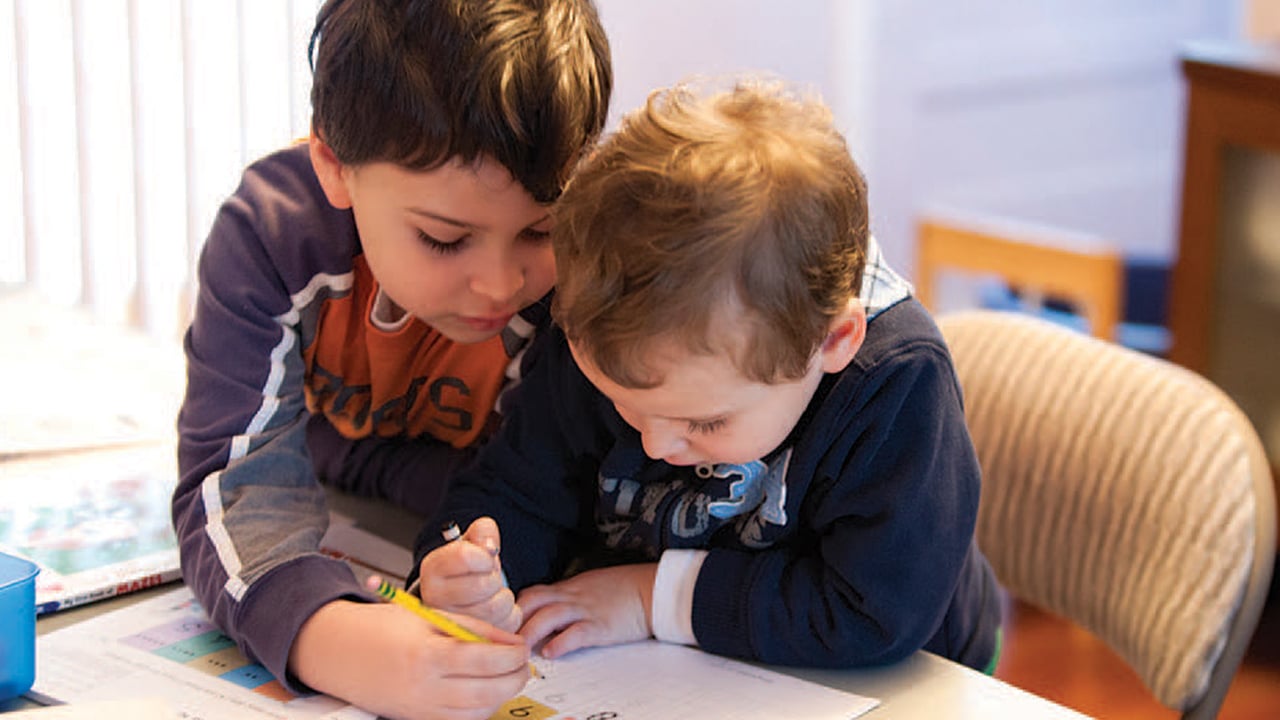 Caring for Patients With Attention-Deficit/Hyperactivity Disorder

These clinical tips will assist dental teams in treating this patient population.

PURCHASE COURSE
This course was published in the May issue and expires May 2020. The authors have no commercial conflicts of interest to disclose. This 2 credit hour self-study activity is electronically mediated.

One of the most common childhood disorders, attention-deficit/hyperactivity disorder (ADHD) affects approximately 11% of children.1 Although symptoms persist into adolescence and adulthood in the majority of cases,2 individuals with ADHD can be treated successfully in the general dental practice, regardless of age. In order to provide effective care, dental professionals need to understand the condition’s symptoms, offer scheduling modifications, provide clear and consistent communication, and work in tandem with the family and other health care professionals.

This disorder is classified as a neurobehavioral syndrome. According to the Diagnostic and Statistical Manual of Mental Disorders (DSM-5), symptoms of ADHD include difficulty staying focused and paying attention, problems controlling behavior, and hyperactivity.3 At present, the most valid approach to determining the presence of ADHD is by collecting information through rating scales and diagnostic interviews with parents/caregivers and teachers about exhibited behaviors and associated impairment, as well as behavioral observations.4

There are three subtypes of ADHD: predominantly hyperactive-impulsive, predominantly inattentive, and combined hyperactive-impulsive and inattentive (see Table 1 for list of symptoms).3 Children with more overt misbehaviors and externalizing psychopathology often prompt teachers to make referrals and parents/caregivers to seek mental health care.5,6 As a result, children with the predominantly inattentive subtype may be less likely to display obvious misbehavior compared to individuals with the hyperactive subtype, and are thus less likely to be referred for mental health services.

Deficits have been among the numerous causal factors, ADHD is extremely heritable, so genetics is likely a main contributor. If a parent is diagnosed with ADHD, there is a 57% chance that his or her child will have ADHD.7 About a third of siblings of a child with this condition will have a similar diagnosis.8 The identical twin of a child with ADHD has a 75% to 97% chance of also being diagnosed.9

There are also neurological contributing factors. Deficits have been identified in children with ADHD in their frontal lobe, the area of the brain responsible for executive functions (such as impulse/emotional control, working memory, planning/prioritizing and organization).9 It is also thought to be caused by problems in the regulation of two neurotransmitters (dopamine and norepinephine), which affect the ability to focus on tasks.9

Like many other illnesses, ADHD probably results from a combination of factors. In addition to genetics and neurobiological factors, for example, its etiology may include prenatal exposure to tobacco use, lead, alcohol, cocaine, pregnancy or birth complications, and brain injury/infections may also play a role.9 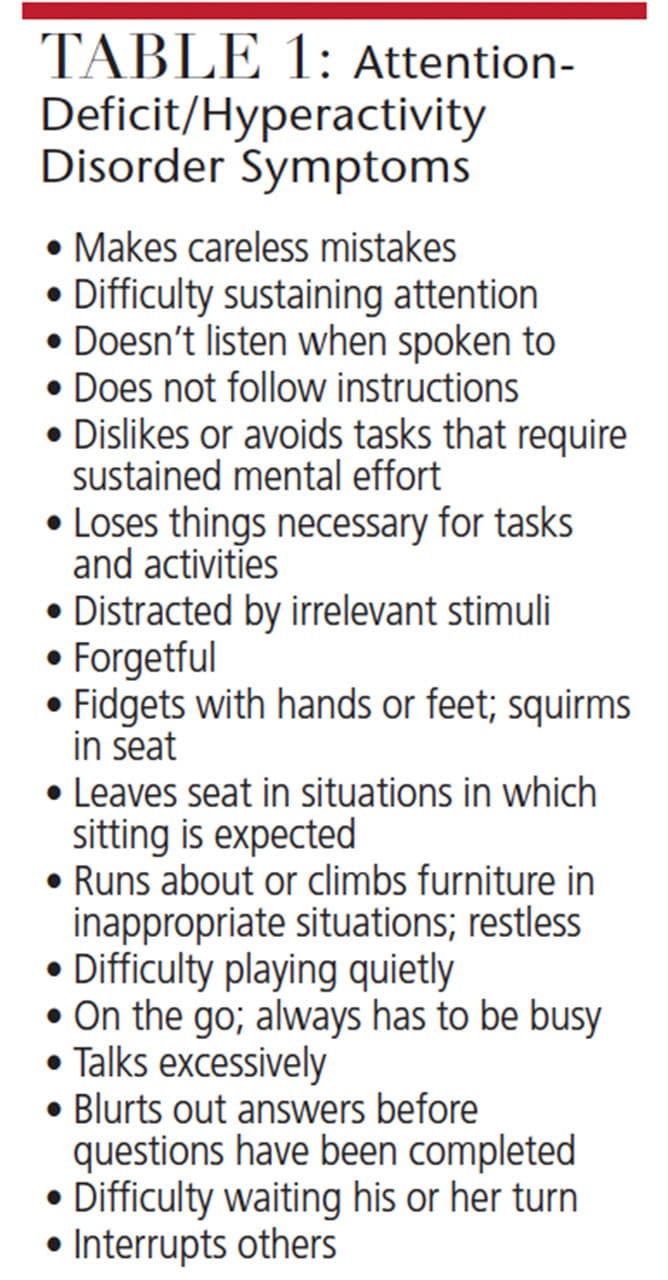 Prevalence varies substantially by state, ranging from a low of 4.2% in Nevada to a high of 14.8% in Kentucky (Figure 1).11 There are also marked differences by state in the proportion of children receiving services to treat ADHD. For example, the percentage of youth diagnosed with ADHD that reported receiving medication ranged from 3.2% in Hawaii to 10.4% in Louisiana. Similarly, there are marked differences in the proportion receiving behavioral therapy, ranging from 32.5% in Tennessee to 60.6% in Hawaii (Figure 2).10

Cross-culturally, there are also significant differences in prevalence — for example, rates of ADHD diagnoses are highest among non-Hispanic white children (11.5%) and lowest among Hispanic youth (6.3%).11 Research has indicated that minority youths (e.g., Hispanics) are less likely to have a parent-reported diagnosis.12 This could possibly be related to a genetic advantage or a decision not to seek medical care for the symptoms (which could be related to cost factors, perceived stigma or not viewing ADHD as a true disorder). Although rates among Hispanics remain lower than non-Hispanics, increasing rates in recent years among Hispanics may indicate a shift in the cultural acceptance of ADHD and/or changes in access to health care.9

There is increasing awareness in the comorbidities associated with ADHD. Externalizing disorders are highly prevalent among affected individuals; in fact, approximately 50% to 60% of individuals with ADHD also meet diagnostic criteria for oppositional defiant disorder.13 Compared to their peers without ADHD, affected adolescents are at higher risk for delinquency and substance use.14,15 In addition to externalizing disorders, youth with ADHD are at risk for internalizing disorders. Approximately 25% of these children experience anxiety that may include separation anxiety, generalized anxiety, phobias or obsessive/compulsive disorders.16 These individuals are also at increased risk for developing mood disorders.17 Research indicates that 44% of individuals with a history of ADHD will experience depression, compared to 25% of individuals without ADHD.18 Furthermore, adolescents with ADHD are more likely to attempt suicide than those without such history (12% vs. 1.6%).19 A bipolar condition is also prevalent in youth with ADHD — with rates reported as high as 11% to 22%, compared to 0.3% in the general population.20

The economic costs of ADHD are high. Between $143 billion and $266 billion (adjusted to 2010 U.S. dollars) are spent every year in this country. Most of these costs are incurred by adults due to loss of productivity and income; the main costs for children are seen in health care and education.21

Treatment can relieve many of the disorder’s symptoms and impairment. Current treatments focus on reducing symptoms and improving functionality in school, work, at home and with peers.9 Behavioral interventions, stimulant medication or a combination of the two are the established therapies for reducing ADHD-associated impairment.

Behavioral treatment typically consists of training parents/caregivers and teachers to reinforce positive behavior while decreasing negative behavior. These programs help parents/caregivers and teachers understand ADHD and oppositional behavior, and help the child increase his or her attention to positive behaviors. Examples include establishing consequences for positive and negative behavior at home — say, by setting up a token economy in which children earn privileges or rewards for meeting goals, or equating good behavior at school to privileges, rewards and fun activities, such as computer time or recess. These interventions can also help youth learn organizational and planning strategies (Table 2).9

Stimulant medication is another evidence-based treatment for ADHD. Research demonstrates these medications are extremely effective in reducing behavioral problems in the short-term, and offer some symptom-management benefit in the long term. Stimulants have produced behavioral improvements in terms of attention and impulse control.9

Studies also show that patients with ADHD are at increased risk of caries, periodontal disease and bruxism associated with poor oral hygiene, increased consumption of sugary foods, and medication use. As such, it is imperative that this patient population receive regular oral health care.22–28

A full range of dental procedures can be provided to adults and children with ADHD. For children, positive reinforcement for desired behaviors and completed tasks — in addition to consequences for incomplete work — will gradually shape a child’s behavior. In order to increase the likelihood of a successful dental appointment, children with ADHD should be given frequent breaks and offered positive reinforcement for appropriate behavior. They can also be given the opportunity to earn rewards throughout the visit that can be traded for a larger reward at the end. Verbal praise is an important component in reinforcing good behavior; for example, providers (and other adults) should recognize and compliment the children’s positive behavior.

Children with ADHD who are taking stimulant medications may be more cooperative during visits earlier in the day. Extended-release medication typically lasts between 8 and 12 hours and may not be effective during after-school hours.29 One of the symptoms of ADHD is difficulty following directions.3 Behavioral interventions focus on teaching parents/caregivers to provide clear and concise commands. Therefore, the use of repeated, simple instructions can improve self-care compliance. Instructions can also be presented in a creative (e.g., colorful and highly stimulating) manner to keep the child’s attention. Clinicians should use similar methodologies during visits.

It is also important for dental professionals to involve parents/caregivers in the child’s care by focusing on the frequency of oral hygiene routines. Parents/caregivers can provide explicit instructions and subsequent rewards for the successful completion of daily brushing. These techniques will potentially result in increased self-care compliance.30 Oral health providers should take the time to thoroughly review the patient’s medical history and associated conditions, and watch for possible signs and symptoms of physical abuse. Though orofacial injuries may be more common in children with ADHD (in part, due to running or climbing in inappropriate and dangerous situations), these individuals are five to seven times more likely than their non-ADHD peers to experience physical abuse by parents/caregivers.31

While hyperactive symptoms tend to manifest as “inner restlessness” in adolescence and adulthood,32 behavioral difficulties may be less noticeable in adults with ADHD. Nonetheless, dental professionals can utilize strategies to ensure these patients have successful dental appointments. Adults with ADHD can have difficulty remembering appointments, especially if they are outside of their normal routine. In the case of appointments occuring every six months, it may be helpful for dental teams to provide more reminders than usual. For example, in addition to providing a reminder 24 hours prior to the appointment, the staff may also wish to remind patients the morning of their appointment.33

It also may be helpful for appointments to be scheduled in the morning when individuals with ADHD aren’t fatigued and less likely to forget about their appointment later in the day. As with all patients, a comprehensive medical history should be taken at each visit, including a full list of medications (especially those causing xerostomia) and any illicit substance use. This patient population may not be able to comply fully with self-care regimens because of inattention.33 In addition, symptoms in adults are associated with smoking and caffeine consumption, suggesting that adults with ADHD may be self-medicating with caffeine and nicotine to improve their cognitive abilities.34

For children and adults with ADHD, a preventive program — such as caries management by risk assessment — should be followed, with an emphasis on improving salivary quality, remineralization strategies, decreasing risk factors, and increased the frequency of preventive appointments.30

Ultimately, when faced with patients who are inattentive, restless and noncompliant with self-care routines, ADHD should be considered as a causative factor in these behaviors. These patients require compassion, understanding and creativity in determining effective oral health care measures.

FEATURED IMAGE BY LINDA EPSTEIN/ISTOCK UNRELEASED/GETTY IMAGES PLUS
From Decisions in Dentistry. May 2017;3(5):52—55.

H. Barry Waldman, DDS, MPH, PhD, is a distinguished teaching professor in the Department of General Dentistry at Stony Brook University School of Dental Medicine in Stony Brook, New York. He can be reached at [email protected]

Michael C. Meinzer, PhD, is a postdoctoral scholar in the Department of Psychology at the University of Maryland in College Park.

Perspectives on Buffered Articaine in Dentistry 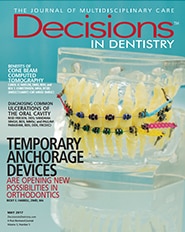