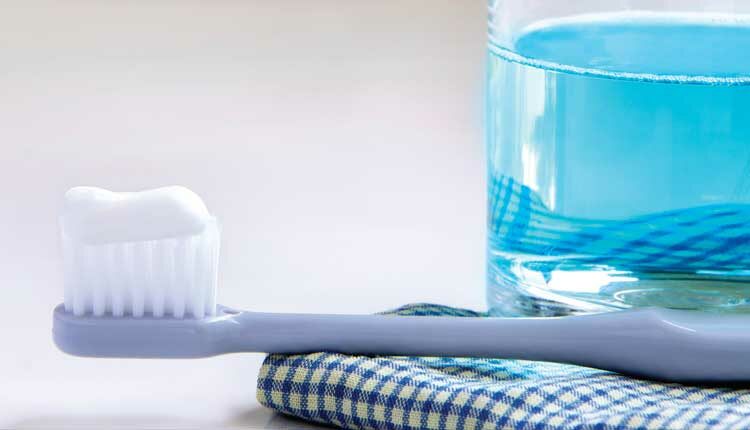 Despite modern medical advances, oral diseases, such as caries and periodontitis, continue to negatively impact worldwide health. In fact, dental diseases affect almost 3.5 billion people around the globe,1 with caries a leading cause of oral health conditions. Fluoride is the gold standard in caries prevention and offers myriad oral health benefits. While stannous fluoride has long been established as an anticaries agent, its inclusion in oral health products has a challenging history due to problems with effectively stabilizing this agent.2,3 With advances in technology, these issues have been resolved, and oral health products containing stannous fluoride can now be recommended to patients who may benefit from their anticaries and antimicrobial properties.

In addition to caries-prevention effects, stannous fluoride, as noted, is an antimicrobial agent that provides dual therapeutic benefits to patients who are at risk for caries and periodontal disease.1,2,4–6 Despite its proven clinical efficacy, early versions of stannous fluoride dentifrice failed due to poor stabilization or incompatibility with other ingredients, such as abrasives.1–3 White3 defines stability as the “capacity of a formula [after processing and during storage] to maintain levels of available and bioavailable agent sufficient to deliver desired therapeutic action.” Over the past decade, scientists have been able to successfully stabilize stannous fluoride.2 Currently, stannous fluoride is available as a prescription gel, over-the-counter (OTC) mouthrinse, and OTC dentifrice. This article will focus on the beneficial properties of stannous fluoride dentifrices, as clinicians may wish to recommend these products for daily oral care.

There have been a number of attempts to overcome this, including:

Chelation is the process used to reduce or remove heavy metals, which is implemented to prevent hydrolysis. While these formulations have been successful in stabilizing stannous fluoride, several shortcomings were evident, such as poor viscosity, grittiness, increased potential for extrinsic staining, metallic taste, and a weak flavor. From a patient’s perspective, tooth staining is the most significant drawback.2,9–11

Recently, several dentifrice manufacturers have successfully stabilized stannous fluoride. The addition of zinc phosphate, zinc citrate or vegetable glycerin, along with other ingredients, has created a stabilizing effect.1–3 These newer formulations maintain the clinical efficacy of stannous fluoride without compromising the flavor, texture or esthetics.

Fluorides used in dentifrices include sodium fluoride, sodium monofluorophosphate and stannous fluoride. All of these agents offer anticaries benefits. In addition, stannous fluoride provides bacteriostatic and bactericidal properties, enabling it to fight plaque and gingivitis.10,12,13 The U.S. Food and Drug Administration has approved stannous fluoride for antigingivitis and anticaries effects in the oral care monograph.4 In addition, stannous fluoride deposits a precipitate or protective mineral barrier, known as a smear layer, that is acid resistant. This smear layer obstructs the dentinal tubules, providing anti-sensitivity and anti-erosive mechanisms of action.12,14

As an organized matrix of diverse microbes adhering to one another, as well as to structures in the oral cavity, pathogenic biofilm must be disrupted through mechanical and/​or chemical means to prevent the development of caries lesions and periodontal conditions. Mechanical disruption of the biofilm is ideal, but complete removal during self-care is not always possible. Stannous fluoride has been shown to reduce biofilm burden, with the primary action being its retention on plaque.4–6,11,15 In addition, stannous fluoride interferes with the metabolic function of planktonic bacteria, as well as aerobic and anaerobic biofilm, thereby affecting its ability to adhere to structures in the oral cavity.2

The stannous ion, specifically, the solubility of tin, has a broad-spectrum effect by interfering with the metabolic function of oral bacteria and inhibiting bacterial adhesion.2,4–6 Stannous fluoride restricts the bacterial uptake of sugars, interfering with the pathogen’s nutritional source. Further, stannous binds to the bacterial cells, preventing an inflammatory response. The antimicrobial properties of stannous fluoride also offer a high level of substantivity;5 meaning, the stannous ion remains at levels high enough to inhibit bacterial metabolic activity for up to 12 hours after use.16

Calculus forms due to mineralized plaque; these accretions have a rough surface and serve as a reservoir for pathogenic bacteria, which can cause periodontal disease. Stannous fluoride has been shown to reduce plaque/​biofilm adhesion and may support the reduction of calculus accumulation. Furthermore, some dentifrice manufacturers have incorporated additional anticalculus ingredients, such as sodium hexametaphosphate, pyrophosphate and/​or zinc. These agents have been shown to interfere with the crystal formation of calculus, weakening its structure.17,18

Dentinal hypersensitivity is a common clinical complaint, and these sensitivities arise from open dentinal tubules that occur from gingival recession and/​or enamel erosion. Treating dentinal hypersensitivity can be accomplished through in-office procedures or the use of OTC products. The first means of addressing sensitivity includes sealing the dentinal tubules to reduce the dentin’s permeability to stimuli. The second approach is desensitizing nerve endings to disrupt pain transmission to the brain, which can be accomplished with potassium nitrate, which depolarizes the nerve endings. Many OTC products are designed to occlude the dentinal tubules. Stannous fluoride dentifrices, for example, provide relief from sensitivity by forming a precipitate or smear layer of an insoluble metal compound that inherently occludes dentinal tubules.14

Children and adults who frequently consume highly acidic beverages, such as sports drinks, fruit juices and soft drinks, may experience enamel erosion. As this condition is irreversible, prevention is key. Stannous fluoride provides a protective layer rich in calcium and phosphate, which may be able to withstand acid challenges. Research suggests the protective layer provided by stannous fluoride produces resistance to acid erosion.12

Oral health professionals have many options available to suggest for patients’ self-care regimens. Thanks to advances that have allowed more effective stabilized stannous fluoride formulas, dentifrices containing this agent offer many beneficial properties, including anticaries, antimicrobial, antiplaque and anti-hypersensitivity effects. In addition, newer formulations of stannous fluoride dentifrice have improved taste, esthetics and consistency, which help encourage patient compliance. Given the importance of fluoride exposure in preventing caries and periodontal disease, stannous fluoride products are worth considering when issuing patient recommendations.

Susan Vogell, EdD, RDH, is an assistant professor in the Department of Dental Hygiene at Farmingdale State College in Farmingdale, New York. Vogell has more than 20 years of experience in private practice. She can be reached at [email protected]. 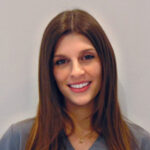 Marissa Burke, RDH, works in private practice in Sayville, New York, and is currently earning a Bachelor of Science degree at FSC. 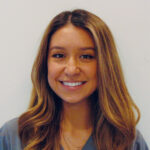 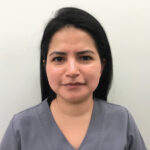 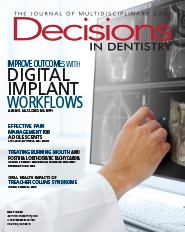