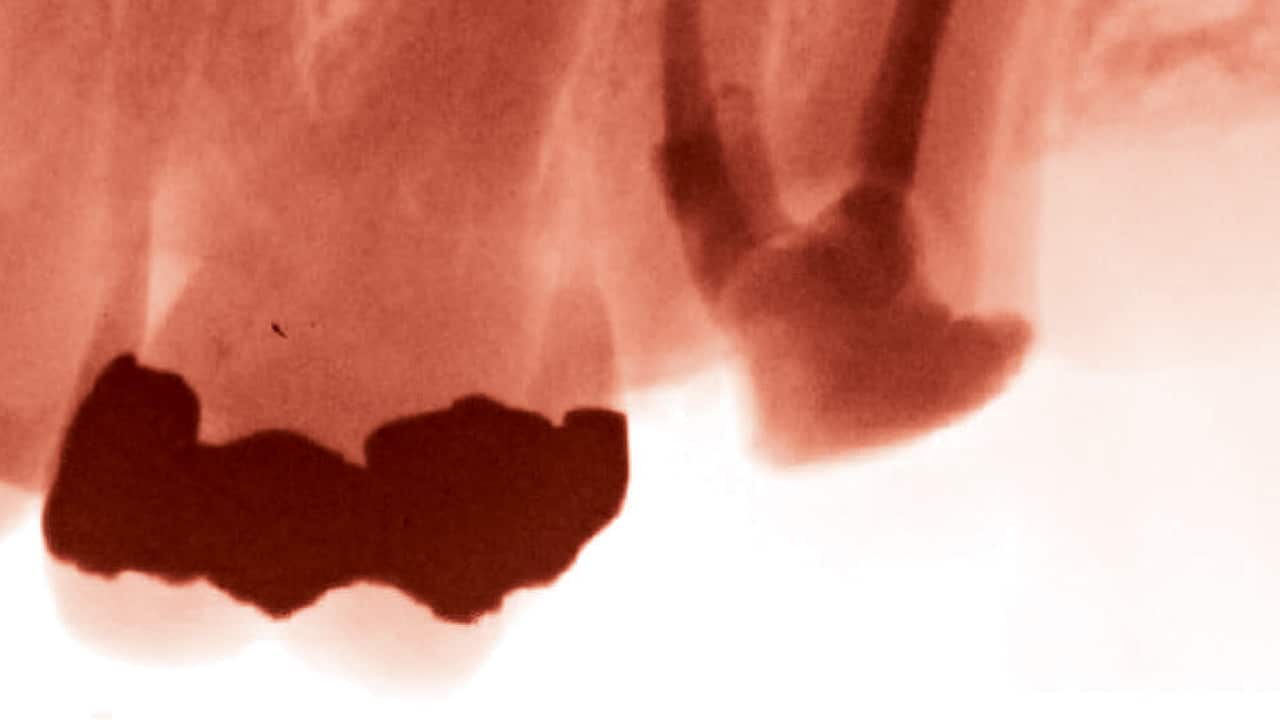 An examination of the significance of alveolar ridge and socket preservation in implant therapy.

Maintaining optimal alveolar ridge dimension and socket preservation following tooth extraction are key goals in implant therapy. Once the tooth is extracted, hard and soft tissue remodeling is part of the normal physiologic healing process that occurs to the remaining edentulous ridge. This remodeling negatively affects the ridge dimensions in the buccolingual and apicocoronal aspects. For premolar and molar sites, Schropp et al1 report ridge width reductions up to 50% (an average loss of 6.1 mm) within the first year post-extraction. With respect to anterior and premolar sites, a systematic review described an average loss of 3.87 mm in ridge width, and 1.67 to 2.03 mm in ridge height.2 Considering these ridge alterations may hinder optimal implant placement, compromise esthetics, and create unfavorable defects around neighboring teeth and prostheses, minimizing this bone-resorptive process has been extensively researched. For clinicians, the goal is to provide treatment that preserves the natural tissue contours of the ridge following tooth extraction.

Alveolar socket preservation has been used to describe “a technique in which completely contained extraction sockets are filled with a bone substitute material and/or sealed with membranes, whereas in alveolar ridge preservation, damaged extraction sockets are also included.”3 Conversely, some review articles consider the terms interchangeable and mainly use alveolar ridge preservation, which has been described as “any procedure developed to eliminate or limit the negative effect of postextraction resorption, maintain the soft and hard tissue contour of the ridge, promote bone formation within the socket, and facilitate implant placement in a prosthetically driven position.”4 The term alveolar ridge preservation will be used throughout this article, and the reviewed literature will involve intact or mild-to-moderately damaged extraction sockets, rather than severely compromised sockets. This paper will also present a visual clinical comparison of two socket preservation cases (Case 1: Figures 1 through 11B; and Case 2: Figures 12 through 22B).

It is established that tooth extraction is a traumatic procedure causing severance of the soft tissue and periodontal ligament attachment, along with disruption of vascular structures within the socket walls.9 Therefore, the first critical step is the use of minimally invasive techniques and instruments — such as tooth sectioning, periotomes and vertical extraction systems10 — to prevent additional trauma during extraction (particularly fractures and expansion of socket walls). Following extraction, ridge preservation techniques can be divided into the surgical aspect and material selection aspect.

Surgical Considerations: These mainly relate to the extent of soft tissue manipulation surrounding the extracted tooth. A flapless approach generally means no soft tissue manipulation or only limited undermining was performed to allow for extension of the barrier material under the tissues beyond the defect, and no primary closure was attempted. In comparison, a flapped approach usually involves vertical-releasing incisions, flap reflection and coronal advancement to achieve primary closure.11,12 Studies report mixed results when comparing flap and flapless approaches in alveolar ridge preservation; some authors describe more pronounced ridge resorption when flap reflection is performed to achieve primary closure,12 while others note no significant difference between the two approaches.13,14 However, one of these studies found significantly higher postoperative discomfort associated with the flapped group, and a more coronally displaced mucogingival junction as a result of the associated tissue release for primary closure.13 Additional studies also report no major adverse outcomes and favorable ridge preservation results, despite the fact no primary closure was attempted and treated sockets were left exposed to the oral cavity.15–17

Material Selection: Alveolar ridge preservation procedures have been extensively tested with numerous materials and combination of materials, such as:

Although autografts were considered the gold standard for augmentation procedures, an animal study was conducted to evaluate its efficiency in ridge preservation. The re­searchers compared autogenous bone chips to anorganic bovine bone and, after three months of healing, significantly more resorption was noted in the autogenous group. The authors attribute this to rapid resorption associated with autogenous bone, which was de­monstrated by minimal remaining autogenous chips in the histologic analysis.18 On the other hand, two of the most commonly used grafting materials for alveolar ridge preservation are allografts and xenografts, which were recently compared in a hu­man study that revealed no significant differences in vertical and horizontal dimensional changes after six months of healing.19 With regard to allografts, they are available in mineralized and demineralized forms, and studies comparing the two in ridge preservation have not found one superior to the other.20 Finally, alloplasts — such as hydroxyapatite, tricalcium phosphate, calcium sulfate and bioactive glass polymers — are common examples discussed in the literature. These grafts have shown mixed results in studies, with some authors noting favorable ridge preservation abilities,21 while others report inferior outcomes.22

Clinicians can choose between resorbable and nonresorbable membranes, and both types have been extensively discussed in the literature. Lekovic and colleagues23,24 published some of the earlier studies on the use of membranes alone for ridge preservation. When compared to unassisted socket healing, they found less bone resorption when resorbable or nonresorbable membranes were used. That noted, the use of membranes alone is not widely discussed in the current literature because the focus has chiefly centered on combination approaches in which a graft acts as a socket filler, and either a membrane or socket seal is used to cover the material.

When used in combination with bone grafts, resorbable15,19 and nonresorbable16,25 membranes have shown positive results in ridge preservation. With regard to the use of socket sealers in conjunction with bone grafts, a recent study compared four groups: bovine graft with soft tissue punch (from the palate); bovine graft without soft tissue punch; bovine graft with absorbable collagen membrane; and unassisted socket healing as a control. The researchers reported significantly less ridge width loss with the soft tissue punch and membrane groups, as compared to the other two.26 It is generally accepted that covering the underlying bone graft is beneficial. In fact, studies have shown favorable ridge preservation by simply covering the graft material with various collagen wound dressing materials (either tape or plugs).20,27–31

In situations in which immediate or early implant placement is not possible due to patient- or site-specific reasons, alveolar ridge preservation is indicated.5 However, the 2012 Osteology Consensus Conference37 and recent systematic reviews3,38 have not demonstrated clear superiority regarding technique or choice of biomaterials. With respect to the surgical aspect, it seems prudent to choose a ridge preservation technique that involves the least tissue manipulation and surgical trauma, as this will speed healing, while minimizing patient discomfort and postoperative complications. Even so, flap elevation may still be justified for adequate tooth removal and extraction site management.34

In terms of material selection, operators may choose from biomaterials that have been well documented in the literature, taking into account handling characteristics, as well as clinician and patient preference. Ultimately, the choice of technique and material is based on the individual patient and specific clinical situation.

Mehdi Garashi, DDS, MS, practices periodontics and implant surgery for the Ministry of Health in Kuwait. He is a diplomate of the American Board of Periodontology.

Jon B. Suzuki, DDS, PhD, MBA, FACD, FICD, is a professor of microbiology and immunology in the School of Medicine and of periodontology and oral implantology in the School of Dentistry at Temple University in Philadelphia. He is also chairman of the U.S. Food and Drug Administration Dental Products Panel. Suzuki serves as faculty at the U.S. Walter Reed National Medical Center in Bethesda, Maryland, and holds professorships at the University of Maryland, University of Washington and Nova Southeastern University.

Diana Bronstein, DDS, MS, MS, is an associate professor in the Department of Periodontology at Nova Southeastern University College of Dental Medicine in Fort Lauderdale, Florida. She is a diplomate of the American Academy of Periodontology and a diplomate and fellow of the International Congress of Oral Implantology. She can be reached at [email protected].

CE Sponsored by Colgate in Partnership With the American Academy of Periodontology: Overview of the New Peri-implant and Periodontal Disease Classification System 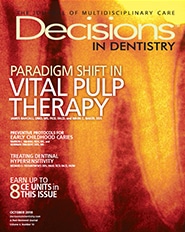