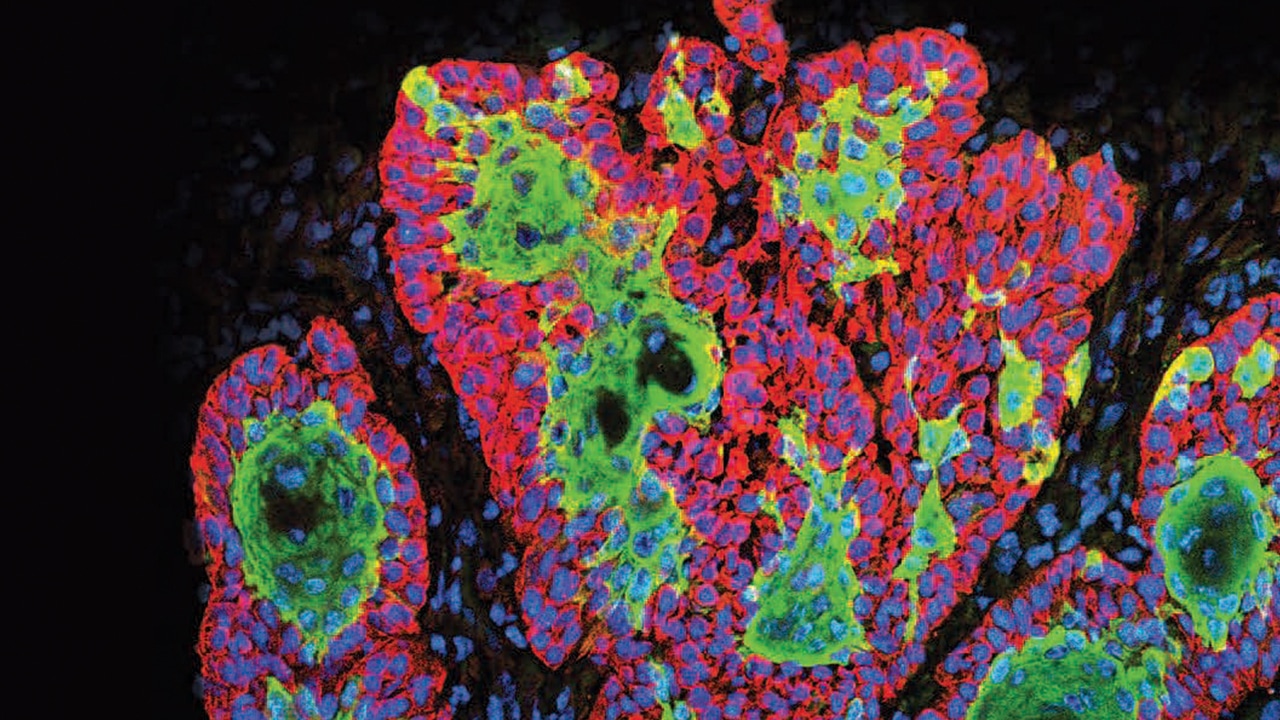 Although rare, this form of oral cancer can be aggressive and has high recurrence — which underscores the importance of early diagnosis and treatment.

By Donita Dyalram, DDS, MD, FACS On Feb 8, 2017
0
Share
Although rare, this form of oral cancer can be aggressive and has high recurrence — which underscores the importance of early diagnosis and treatment

The buccal mucosa is a rare location for oral cancer, as this site is involved in approximately 10% of oral cancer cases diagnosed in the United States. Lesions in this location may stem from cheek biting that results in frictional hyperkeratosis, irritation fibroma, irritation from medications (such as aspirin) or lichen planus — however, they may also be premalignant lesions, such as oral epithelial dysplasia, or present as squamous cell carcinoma (Figure 1). From a clinical perspective, the key to determining which lesion is worrisome is to take a detailed history — paying keen attention to habits — as well as performing a thorough physical examination. This must include palpation of the neck to check for suspicious lymphadenopathy. A good rule of thumb is that if a lesion is present for more than two to three weeks, it should be biopsied.

Although certainly not the only cause, buccal squamous cell carcinoma is associated with chewing betel nuts, which explains its high incidence in countries such as China, India1 and Taiwan, where this is common practice. Incidence in such areas is as high as 30%, compared with the 10% incidence seen in U.S. oral cancer cases.

Unfortunately, buccal squamous cell carcinoma carries the stigma of aggressive tumor behavior, resulting in poor control at the primary site, as well as in the neck. The buccal site tends to have early nodal metastasis and the location makes it difficult to obtain negative surgical margins.

Compared to other sites in the oral cavity, buccal squamous cell carcinoma has a high recurrence rate. One theory for this suggests there is no anatomical barrier once the buccinator muscle has been violated by the carcinoma, which encourages invasion into the buccal fat space.2 Located within this space are the buccal fat pad, Stenson’s duct, facial nerve branches, lymphatic nodes and channels, facial vessels, and accessory parotid glands. It is bounded anteriorly by the orbicularis oris, posteriorly by the masseter muscle, medially by the buccinator muscle, and laterally by a superficial layer of the deep cervical fascia and skin. Thus, the tumor has little or no physical barrier to hinder its spread.

The management of squamous cell carcinoma at this particular site is similar to other subsites in the oral cavity. As noted, a thorough head and neck exam is needed. If a suspicious lesion is found, an incisional biopsy is warranted. The key aspect of the biopsy is to obtain sufficient depth in the specimen because depth of invasion will determine the risk of occult metastasis to the neck. It is also clinically important to do an incisional biopsy that leaves behind a portion of the lesion so the head and neck oncology surgeon can visualize the extent of the tumor. Once the diagnosis is established, the next step is to obtain imaging studies, typically through the use of magnetic resonance imaging; in some cases, however, a computed tomograph scan may be necessary because these buccal cancers abut the mandibular and maxillary alveolus, and bone invasion can occur. A positron emission tomography scan is indicated for advanced stage cancers.

Once the biopsy has been completed, a diagnosis established and imaging studies completed, a treatment plan can be formulated. As with any tumor, the aim of surgery is to obtain clear surgical margins — in most cases, this means resection margins of approximately 1 to 1.5 cm from what the eyes can see and fingers palpate. Imaging helps surgeons determine the extent of the resection.

Due to the location of buccal squamous cell carcinoma, reconstruction may be necessary to facilitate opening of the mouth, as well as to thoroughly close the defect where the skin on the cheek is resected. Scarring in the cheek often leads to trismus, which can limit future dental care, nutritional status, oral hygiene and tumor surveillance. If the tumor has not pierced the buccinator muscle, reconstruction can be performed with the buccal fat pad. If it is a more invasive tumor, patients may need micro – vascular reconstruction with free vascularized tissue — for example, a radial forearm flap or an anteriolateral thigh flap (Figure 2). This surgical approach can be extensive and require prolonged hospital stay, but it can help prevent trismus, especially if the patient requires multiple treatment modalities, such as surgery, radiation and, possibly, chemotherapy.

Overall survival and disease-free survival, patterns of failure, and specific tumor characteristics provide insight into the behavior of squamous cell carcinoma at this particular site. Diaz et al3 examined 119 patients with squamous cell buccal cancer. The team reported a five-year, disease-free survival rate of 63%, and significantly worse disease-free survival values for increasing stage, node-positive neck disease, and extra-capsular spread. In addition, 45% of the subjects experienced recurrence. The researchers also found that 86% of patients with no lymph node involvement had higher recurrence if they did not undergo an elective neck dissection.

A retrospective chart review conducted from 1992 to 2008 identified 30 patients with squamous cell buccal cancer.4 These patients were followed for an average of 50 months. The average age of the patients was 64 years and 50% were smokers. Among the study subjects, 50% presented with Stage I, 10% with stage II, 17% with Stage III, and 23% with Stage IV disease. All patients had initial surgical resection of the primary tumor and some had neck dissection when indicated. The overall nodal metastatic rate was found to be 43%, and occult neck disease was noted in 32% of patients with no lymph node involvement at diagnosis. Half of the patients developed recurrence — 43% locally and 10% regionally. Univariate analysis demonstrated that close or positive margins had a significant impact on local recurrence. Despite this finding, 37% of patients with negative margins also developed recurrence. Among those who did not reach criteria for adjuvant treatment (radiation or chemo radiation), 39% developed recurrence. The overall two-year and five-year survival rates were 69% and 53%, respectively.

Upon review of the Surveillance, Epidemiology and End Results database of the National Cancer Institute from 2004 to 2009, Camilon et al5 identified 11,134 oral cavity squamous cell carcinomas, of which 825 (or 7.4%) were buccal tumors. It was found that patients with buccal cancer presented at advanced age — and advanced stage. This proved statistically significant. Compared to two-year and five-year survival rates for other sites in the oral cavity (at 66.8% and 51.1%, respectively), survival rates for involvement at this site were 60.5% and 44.1%, respectively.

Does the buccal cancer in Asia differ from buccal squamous cell carcinoma in North American populations? Is it a more or less aggressive cancer, depending on the continent? Studies from each region indicate that patients with these tumors present at a later stage, and that even in patients who present at an early stage, outcomes were poor. Lin et al2 looked at 121 buccal squamous cell carcinomas and found five-year locoregional control and overall survival to be 36% and 34%, respectively. Even patients with early stage cancer had a 41% local recurrence rate. Pathak et al6 compared patients with buccal cancer in Canada to a similar cohort from the Tata Memorial Hospital in India. The researchers found that North American patients were older at presentation; in addition, the tumors were less differentiated and demonstrated a higher chance for positive or close margins. The overall five-year survival was 57%, compared to 80% in Asia. They concluded that when adjusted for age, there was no apparent survival difference. Rather, survival was due to age at presentation, not biological behavior of the tumor.

The literature contains retrospective chart review analyses of this particular subsite in the oral cavity; most of these studies are of small sample size and there is a lack of prospective randomized trials. Yet, they all have one thing in common: Compared to other sites in the oral cavity, patients do poorly with buccal cancers. Even with negative surgical margins, buccal squamous cell carcinoma has terrible two-year and five-year survival rates and high recurrence. In light of this, it is important for oral health professionals to be vigilant and have a high index of suspicion with lesions in the buccal mucosa. Any lesion that is suspicious and still present after two or three weeks should be biopsied, as early diagnosis will lead to better overall survival.

Donita Dyalram, DDS, MD, FACS, is an assistant professor and associate program director of the Department of Oral and Maxillofacial Surgery residency training program at the University of Maryland Medical Center in Baltimore. She is also one of the core faculty in the Head and Neck Oncology/ Microvascular Reconstruction fellowship training program, as well as a course director and faculty adviser. Dyalram was recognized with the Faculty Educator Development Award by the Oral Maxillofacial Surgery Foundation, and is board certified by the American Board of Oral and Maxillofacial Surgery. She can be reached at [email protected]

Everyone Is Talking About Caries Risk — Are You?