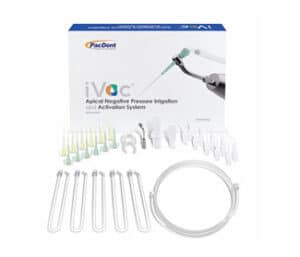 Pac-Dent (909-839-0888; pac-dent.com) has announced it will launch the iVac Apical Negative Pressure Irrigation and Activation System during the Greater New York Dental Meeting, scheduled November 27–30, 2022. The addition of this new irrigation system broadens Pac-Dent’s growing dental portfolio and further solidifies it as a leading force in endodontics.

Features and benefits of the iVac System include:

The thoughtful design of the iVac’s polymer microcannula allows effective ultrasonic activation of the irrigant, even in curved canals. In addition to ultrasonic vibration, this new design is said to significantly reduce the risk of clogging. Compatible with most piezo ultrasonic devices (type S or E), with or without a reservoir, Pac-Dent’s iVac system is simple to install and offers intuitive operation.

About Pac-Dent: Pac-Dent is a fast-growing international design, manufacturing and wholesale dental product and device company. Founded in 1992, and celebrating its 30th anniversary, Pac-Dent has earned a reputation as one of the best and most reliable in the dental industry. Pac-Dent focuses on delivering the highest quality, technologically advanced and innovative products in the preventive, teeth whitening, endodontic and infection control segments.