Several variables, including gender and behavioral differences between men and women, may influence caries and periodontal disease, a study out of the University of Arkansas and University of Nevada, Las Vegas, has found.

Several variables, including gender and behavioral differences between men and women, may influence caries and periodontal disease, a study out of the University of Arkansas and University of Nevada, Las Vegas, has found. These findings challenge the long-held notion that caries prevalence dramatically increased when ancient populations shifted from hunter-gatherer to agriculture-based lifestyles in which carbohydrates became a dietary staple.

Published in PloS One, the study observed the oral health of the Hadza, a population in Tanzania in transition from a foraging to an agricultural lifestyle. Peter Ungar, PhD, a distinguished professor of anthropology at the University of Arkansas, notes, “The transition from hunting and gathering to agriculture is routinely associated with a decline in oral health because of increased consumption of carbohydrates and growth of bacterial colonies in dental plaque linked to the development of caries.”

Led by Alyssa Crittenden, PhD, an assistant professor of anthropology at the University of Nevada, Las Vegas, the team worked with John Sorrentino, DMD, to collect oral health data and conduct interviews with 75 adults (37 women, 38 men) residing in bush camps on Gideru Ridge and in Mangola villages. Researchers found that men and women living in the same environment, but with different dietary patterns and habits, exhibited different levels of oral health. According to the study, men living on wild diets in the bush who smoked and ate large amounts of honey had the worst oral health, whereas women living on wild diets in the bush had the best oral health. Conversely, women living on agricultural diets in the villages had the worst oral health, while men in the same environment had healthier teeth and gingiva.

“Our results show that a person’s sex and where they live influences oral health,” Crittenden observes. “Comparing Hadza village camps to bush camps shows major differences — but only when you break out the sample by gender. Understanding how these patterns play out among the Hadza can inform our understanding of how they played out in prehistory.” 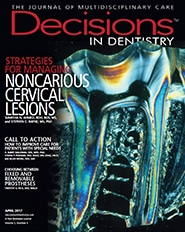