For some time, it has been known the vagus nerve plays an important role in metabolic homeostasis and that it controls immune function and pro-inflammatory responses via the inflammatory reflex.1 This concept was first proposed by Kevin J. Tracey, MD,2 a neurosurgeon and CEO of the Feinstein Institute for Medical Research, a Manhasset, New York-based biomedical tech startup he cofounded to facilitate research on the topic.

Tracey calls the vagus the “motherboard” of the nervous system. This nerve, which connects the brain to the rest of the body, has multiple functions — one of which is controlling the response to inflammatory stimuli found in several chronic diseases. His research and that of others is based on the hypothesis that stimulation of specific fibers of the vagus can be used to regulate the inflammatory response. Tracey started his investigation after seeing the devastating effects of septic shock in one of his patients. Individuals with this condition excrete large amounts of tissue necrosis factor (TNF), one of the primary regulators of inflammation.

He first set up a series of studies to determine what controls the amount of TNF produced in response to an inflammatory stimulus. Experiments on rodents led to the discovery the brain can control inflammation. Tracey hypothesized that systemic inflammatory overresponse could result from overstimulation of the immune system by the brain, which was transmitted to various organs through the vagal pathway. He surmised that if you could control this pathway, you could control the inflammatory response. It was hoped this could be used to treat a variety of inflammatory conditions, including multiple sclerosis, lupus, Crohn’s disease, rheumatoid arthritis, and possibly even Alzheimer’s disease.

As research progressed, it became apparent that only a small number of fibers in each nerve were responsible for controlling the inflammatory process. This was problematic since there are up to 80,000 fibers in each nerve. The conundrum was solved using optogenetics, a process that introduces genes for light-sensitive proteins into specific types of neural cells. The technique allows researchers to control nerve cell communication using light signals. This approach was first used in genetically engineered mice and enabled scientists to identify and stimulate specific fibers within each nerve.

More than 100 human trials are currently being conducted on nerve stimulation to treat a variety of conditions. For example, investigators at Amsterdam University Medical Center note that early results using this approach show a significant number of Crohn’s patients going into complete remission.

While the results of these clinical trials are still in their infancy, this technique holds promise for the millions of people suffering from the ravages of chronic inflammatory diseases. 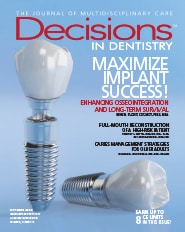