An article in the The New York Times about an epidemic of obesity in Malaysia reported that nearly half of the individuals in that country were overweight. 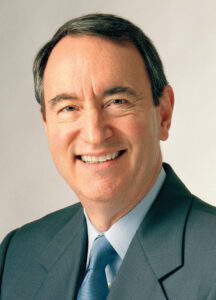 An article in the The New York Times about an epidemic of obesity in Malaysia reported that nearly half of the individuals in that country were overweight. Aware of similar problems in the United States, I did quick search on the Internet and found a National Health and Nutrition Examination Survey (NHANES) from 2013–2014 that investigated the problem. Based on survey data, the authors concluded that more than one-third of U.S. adults were obese. In obtaining this data, the NHANES researchers used body mass index (BMI), which is calculated by taking the patient’s weight in pounds, divided by height in inches squared, and multiplied by 703.

What are normal ranges for BMI? The following values are provided the U.S. Centers for Disease Control and Prevention:

Why is this relevant? For starters, each of us should know our BMI because being overweight or obese can contribute to numerous health issues, including diabetes, cardiovascular disease and even some cancers. In addition, for oral health professionals who prescribe certain oral or parenteral medications, this information is not only important, it is required data in many states. Another consideration is the relation of obesity to periodontal disease. Being obese increases oxidative stress because adipose tissue produces a number of cytokines, as well as hormones, that are responsible for initiating and sustaining inflammatory pathways associated with periodontal disease.

As for the question of why Americans and Malaysians demonstrate a propensity to be overweight, one of the main causes is the amount of sugar consumed. According to the NHANES database, American men consume an average of 335 calories of added sugar daily, while women consume 230 calories of added sugar, boys 362 and girls 282. Considering the average man and woman need 2500 and 2000 calories daily, respectively, to maintain optimal health, this is a significant overload. Of course, one of the main sources of these extra sugars is processed food and drink.

The New York Times article also notes a potential wrinkle in the Malaysian data. It alleges that Malaysian scientists were not the only individuals allowed to deal with the data before being published in the country’s scientific journals, many of which downplayed the negative role of sugar. In fact, in some indices, companies with commercial interests — who often financed the research — were allowed to review the data prior to publication.

Regardless of the reasons behind this growing health concern (pun intended), excess sugar consumption is an obvious problem that carries ramifications for systemic and oral health, not the least of which is increased caries risk. As such, forward-thinking dental teams will not only look to their own weight so as to present positive role models in practice, but also be prepared to discuss the oral implications of excess weight and offer appropriate nutrition-related education and referral. 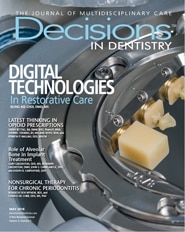