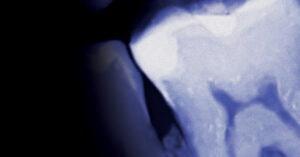 An examination of irrigation agents, technique and rationale in endodontic disinfection procedures

Bacterial presence in the root canal system is the primary cause of endodontic disease.1–3 Removing or reducing the bacterial load through chemo­mech­anical preparation supports successful endodontic outcomes. Although root canal sterilization is not possible once pulpal necrosis occurs, it is not required for favorable root canal therapy. High-level disinfection of the canal system reduces the bacterial load to a level where either healing of periapical tissues, or prevention of periapical disease, occurs.4

This article will review basic endodontic irrigation in terms of agents, technique and rationale. However, no material, instrument or technique have been clinically demonstrated to be significantly better than sodium hypochlorite (NaOCl), a syringe and needle.5 (Editor’s Note: For a concise review of current innovations for endodontic irrigation, see “Innovations in Endodontic Cleaning and Disinfection” by Pullen,6 available at DecisionsInDentistry.com.)

Among the most important aspects of cleaning and shaping is effective irrigation of the root canal system. Mechanical instrumentation alone using hand or rotary instruments cannot reduce the number of bacteria to allow for favorable outcomes.7 When irrigation with an antimicrobial solution is used, the bacterial load is significantly reduced compared to mechanical preparation alone.8

Several irrigation solutions are used to accomplish different tasks for root canal system disinfection. Zehnder9 has described the ideal irrigating solution as being systemically nontoxic, safe on periodontal tissues, nonallergenic, having broad spectrum antimicrobial activity, and being capable of dissolving pulp tissue, inactivating endotoxins, and removing the smear layer (or preventing its formation). Three of the most common irrigants used are NaOCl, ethylenediaminetetraacetic acid (EDTA), and chlorhexidine (CHX). Each offers different properties, advantages and disadvantages for endodontic irrigation.

Considered the gold standard in irrigation solutions, NaOCl is the irrigant of choice among endodontists10 due to several properties. Two advantages include the ability to dissolve pulp tissue and kill bacteria. Bacteria use pulpal tissue as a nutrient source, so it is important that NaOCl is able to dissolve both vital11 and necrotic12 pulp tissue. This alone helps eliminate a nutriment source for bacterial reproduction. This  bactericidal agent has a direct killing effect on bacteria.13 The mechanisms of action include saponification, neutralization of amino acids, and chloramination.14 These mechanisms either directly alter the bacterial cell wall or interfere with cellular processes. In addition, NaOCl’s high pH of >11 leads to disruption of enzymatic activity.

Bacteria in the root canal can aggregate and form microcolonies of biofilm.15 The colonies consist of bacterial cells embedded in an extracellular polymeric substance of polysaccharides.16 Biofilms are also very resistant to antibiotics. Another property of NaOCl is its ability to disrupt biofilms by removing the protective extracellular polymeric barrier, giving access to climax communities of bacteria present within.17

Other advantages of NaOCl include removal of the organic portion of the smear layer created by the mechanical instrumentation of dentin18 and acting as a lubricant in the canal.19,20 Smear layer removal will expose dentinal tubules that can harbor bacteria, thus allowing access for improved elimination of the bacterial load. Lubrication in the canal facilitates navigation of the canal space with the goals of reaching working length and establishing patency.

The main disadvantage of NaOCl is that it is cytotoxic.21 Extrusion of NaOCl beyond the apical foramen can create an NaOCl accident. Injury of this nature results in severe pain, edema, profuse intracanal bleeding, ecchymosis, potential permanent anesthesia, and inevitable litigation. This can be avoided by using a side-vented needle in place of an open-ended needle (Figures 1A and 1B), and always keeping the needle loose in the canal during irrigation. Another disadvantage of NaOCl is that it does not stay active for long; thus, NaOCl solutions are refreshed frequently during cleaning and shaping. This results in a high fluid volume that maintains tissue dissolving and bactericidal properties.22

Almost always referred to by its acronym, EDTA is another commonly used irrigant, and is often employed in combination with NaOCl. Used as a chelating agent during chemomechanical preparation, EDTA can bind and remove calcium and demineralize dentin, leading to removal of the inorganic portion of the smear layer while also acting as a lubricant.23 Some believe that leaving the smear layer intact may be beneficial by entombing bacteria present in the canal.24 However, clinicians who choose to remove the smear layer do so to facilitate disinfection,25 aid diffusion of calcium hydroxide when used as an intracanal medicament,26 and help sealer penetrate into the dentinal tubules.27

In dentistry, EDTA is commonly available as a 17% solution, and because EDTA demineralizes dentin, it should not be overused. The recommended volume and contact time to safely remove the smear layer without over-eroding dentin is a volume of 1 ml28 for 60 seconds. Since EDTA is often used with NaOCl, it is important to understand the potential interactions between the two solutions. When mixed together, EDTA limits the effectiveness of NaOCl by reducing the amount of free chlorine needed for the mechanism of action. On the other hand, NaOCl does not affect the chelating ability of EDTA.29 Clinicians should dry canals when switching between these two irrigants.30

The third most commonly used irrigant among endodontists,10 CHX is a bisbiguanide antiseptic agent with bactericidal capabilities. It is commonly available in 0.12% and 2% solutions, but the 2% solution is used for endodontic irrigation. The antimicrobial mechanism of action results from the positively charged CHX. This allows CHX to be attracted to the negatively charged phosopholipids in bacterial cell walls. The resulting interaction between the two results in rupture of the wall, creating disruption in the osmotic equilibrium. The consequence is cell lysis and death. Another advantage of CHX — and one NaOCl does not possess — is its sustained action, or substantivity. This irrigant has the ability to bind to dentin with a prolonged release, resulting in antimicrobial activity that can last for months.31 Other advantages over NaOCl include low toxicity and lack of strong odor.

However, even with all of these advantages only 1.1% of endodontists use CHX as their primary irrigant. This is because, unlike NaOCl, CHX does not ­dissolve vital or necrotic pulp tissue, eliminate biofilm, or remove the smear layer. Most clinicians who incorporate CHX into their irrigation procedure use it as a secondary irrigant at the end of their final irrigation protocol (after EDTA and NaOCl have been used). Clinicians who choose to use both NaOCl and CHX as part of their irrigation protocol must be careful not to mix the two together. When the two solutions come in contact, a brown precipitate forms (Figure 2), which is para-chloroaniline (PCA), a carcinogenic substance.32 However, other research suggests the precipitate does not contain PCA.33 Regardless, forming the precipitate can occlude canal anatomy, preventing acceptable obturation. The combination of CHX and EDTA results in a white salt precipitate, which is not harmful.34

More than the irrigant itself is involved in effective chemical canal disinfection, as several factors — such as concentration, volume, time, temperature, and activation of the irrigant — play a role.

Concentration has a direct correlation to tissue dissolution and antimicrobial effectiveness. Higher concentrations allow for more rapid tissue dissolution35,36 and increased efficacy as an antimicrobial.37 The majority of endodontists use full-strength NaOCl to take advantage of these properties.10 Historically, this was a 5.25% solution, but now solutions of 6% and above are available.

Perhaps more critical than concentration is the volume of NaOCl that comes in contact with the root canal system. Because it does not stay active long, NaOCl’s abilities to dissolve tissue and act as an antimicrobial decrease with the reduction of available chlorine. Consequently, if the solution is refreshed frequently it will maintain the amount of available chlorine needed. Also noteworthy is that if a lower concentration of NaOCl is used, using a higher volume will compensate for this.22

The third factor is time. While concentration and volume are important for keeping a high amount of free chlorine, time is needed for the free chlorine to be effective for chloramination.14 One in vitro study found that 40 minutes was most effective in eliminating Enterococcus faecalis from dentin.38 When performing endodontic therapy, the canals and chamber should be full of NaOCl throughout instrumentation and cone fitting. Dry the canals only when ready to place sealer in the canal. This optimizes NaOCl contact time.

Finally, activation of NaOCl via ultrasonics (termed passive ultrasonic irrigation or PUI) can be used to enhance cleaning of the root canal system.41 The mechanism is acoustic streaming and cavitation. Acoustic streaming is defined as the circulation of fluid and hydrodynamic shear forces that occur around a vibrating object. Cavitation is the formation of submicroscopic voids in a fluid medium by shearing forces; these voids implode, resulting in shock waves in the medium. It should be noted that ultrasonic tips or files should not be used around root curvatures because the metal tips can ledge the canal. Also, even though PUI can enhance cleaning of root canal systems, it has not been shown in randomized controlled trials to create significantly better outcomes than standard syringe irrigation.42 In addition to PUI, lasers can be used to activate endodontic irrigants, although the supporting evidence is limited.

Obturation is the other phase of root canal therapy. While clinicians can choose from a multitude of obturation techniques, no modality is superior to another in terms of outcomes.43 This is because in the absence of bacteria, healing of apical periodontitis occurs independently from the quality of obturation.44 In fact, outcomes appear to be unaffected by canals that are obturated or unobturated.45 Unfortunately, quality of root canal treatment is still determined based on the radiographic appearance of the obturation. However, this does not necessarily correlate with the quality of root canal disinfection, which is a better predictor of outcomes.

Ultimately, the practitioner’s attention to detail and methodology will enhance successful and satisfying endodontic care.

Featured image by  EDWARDOLIVE/ISTOCK/GETTY IMAGES PLUS