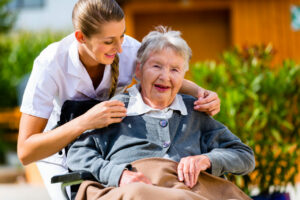 LOUISVILLE, Ky. — A paper published in Science Advances details how researchers identified Porphyromonas gingivalis (P. gingivalis) — a bacterium commonly associated with periodontitis — in the brains of patients with Alzheimer’s disease.

In animal models, oral P. gingivalis infection led to brain colonization and increased production of amyloid beta (Aβ), a component of the amyloid plaques commonly associated with Alzheimer’s. The team also found the organism’s toxic enzymes in the neurons of patients with the disease. These neurons, gingipains, are secreted and transported to outer bacterial membrane surfaces and have been shown to mediate the toxicity of P. gingivalis in a variety of cells, according to researchers.

University of Louisville researcher Jan Potempa, PhD, who works in the Department of Oral Immunology and Infectious Diseases in the School of Dentistry, was part of the team of international scientists led by Cortexyme Inc, a privately held, clinical-stage pharmaceutical company. “We now have strong evidence connecting P. gingivalis and Alzheimer’s pathogenesis, but more research needs to be done before P. gingivalis is explicitly implicated in the causation or morbidity of Alzheimer’s disease,” says Potempa.

Read the paper at http://advances.sciencemag.org/content/5/1/eaau3333